I spent one of the last summery days of Brooklyn doing a studio visit in Bushwick. Walking down an outside pathway next to an overgrown garden that smelled of the end of the season, I came upon the studio of Tamara Gonzales. Entering her space was almost like walking into one of her paintings. The studio was filled with large works saturated with vibrant colors and patterns and the floor was covered with a collection of fabrics embellished with the same patterns. The whole place oozed with Tamaras' unique sensibilities. I quickly began to put together the pieces, imagining her spraying paint through the fabric to arrive at her kaleidoscopic works. We talked about her studio's setup as she toured me through the space, showing me work from previous years to help illustrate the buildup to her most current body. As she pulled various delectable paintings from the racks, I felt a rush to begin my drawing process. True to my suspicion, these elaborate canvases have been hands-down the hardest to draw yet. Staring at them made me feel pleasantly delirious, totally getting the full impact the paintings can have on the viewer. 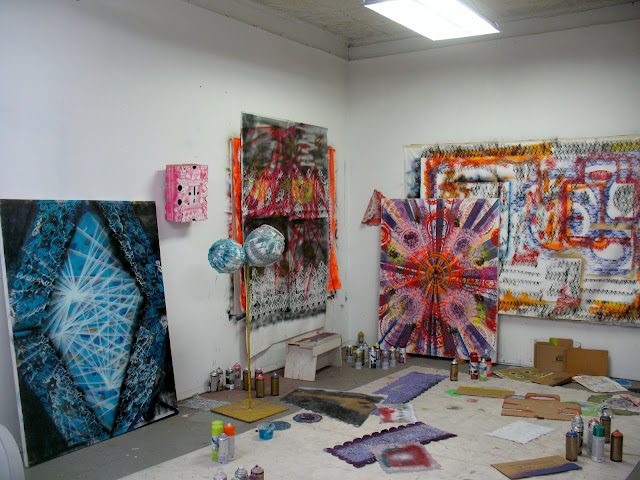 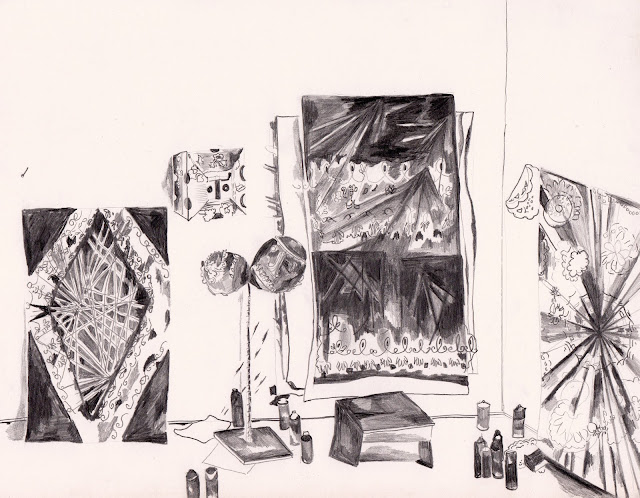 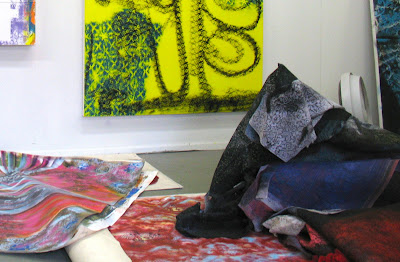 Tamara collects the lace, which she uses as a stencil, from various thrift stores and dollar stores. We discussed the effect that the woven pieces that are made by hand have on her. She talked about how they hold the vibrations of a human's touch and how she liked to think about their makers and the making process. Tamara's paintings, with their heavy saturation of hues and jutting bars of light, are reminiscent of the phantasmagoric qualities of a festival.  On one piece of canvas she is able to capture the energy and vivacity of any given number of religious or cultural celebrations, be it a parade or spiritual ceremony. Tamara told me about her multiple trips to Mexico in the 90's during the Day of the Dead and, later, her time spent in India at the Sanskriti Kendra artist residency in 2002. It is obvious how heavily her travels have impacted her work. Her description, particularly of the churches in Mexico, with their elaborate colonial architecture mimicking the Baroque Cathedrals of Spain and altars filled with collections of contemporary objects and grotesque renditions of the Crucifixion, was so vividly narrated I could almost close my eyes and see it. You could see this just as easily in the work. 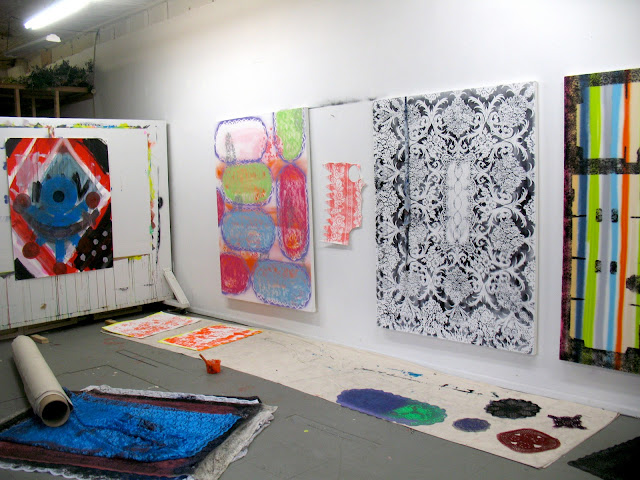 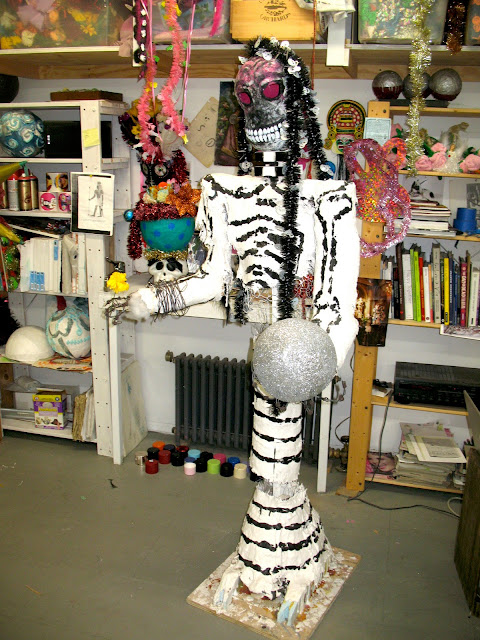 Tamara had hung a photocopy of an Egyptian figure next to the sculpture above. She explained to me that she had been holding onto this image for a long time, later discovering its relationship to the piece she is currently working on. I love how the studio can hold the artist's secrets. Tamara's three dimensional works have the same celebratory and mystical quality as her paintings, as well as the many installation pieces she has also done. She showed me how at one point she was putting various objects right on her canvas. I thought of it as a way of humanizing these abstract works, like giving a gift  to the painting, or making the painting an altar within itself. 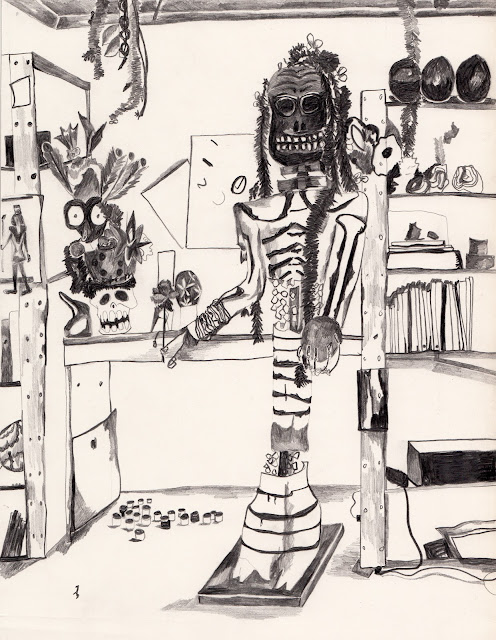 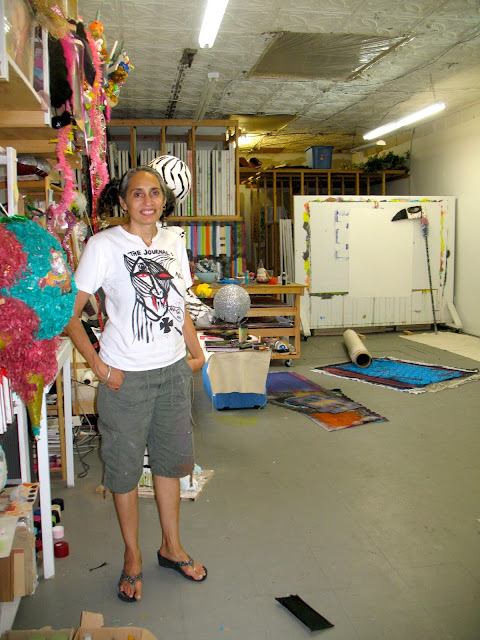 There wasn't a single section of Tamara's space that wasn't filled with some sort of curiosity adding to the spectacle that makes up her killer collection of odds and ends. Her space is a real visual playground.
What an enlightening time I had in Tamara's studio, listening to her stories about her travels and multiple experiences at different residencies, watching her work on her paintings and sort through things. When I had decided to draw the large figure she was currently working on, she let me pick which head to put on it. It was so cool to have this choice -- an extraordinarily macabre way to help dress the figure for its portrait. Please explore her website, there is so much more to discover. http://home.bway.net/durga/
Posted by Maria Calandra at Monday, October 10, 2011 No comments: