A week ago I took another quick jaunt from my house and arrived at the opening of Ariel Dill's solo show Oscillations at SOUTHFIRST Gallery in Williamsburg. I visited Ariel's studio days before the install, catching a few of the paintings still up on the wall before they were taken to the gallery. Ariel's studio is in Ridgewood, Queens. She has her space set up in an especially sweet, large room just off of the back of her apartment. The light basking in from the bay windows and the sand colored wooden floors gives it a certain kind of relaxed beachy vibe, all too perfect for California native Ariel. At the beginning of our visit she set out some delightful snacks of feta, roasted beets and taramosalata. I told her that the garnet-red color of the beets reminded me of her and her work, with their intensity of color and taste. We dug in as we talked about her upcoming install, her move to Queens and her lovely new group of paintings. 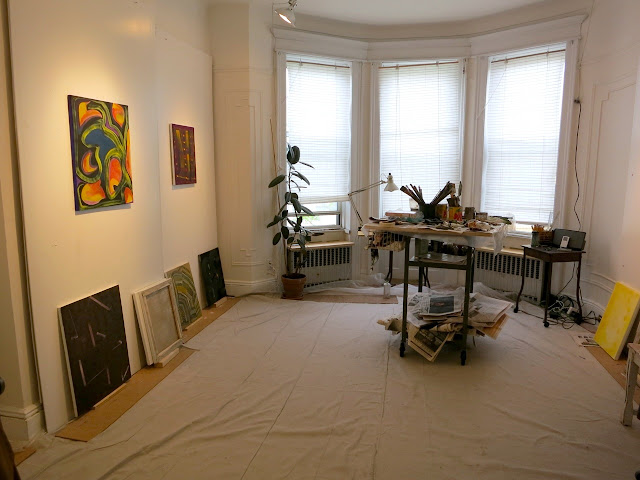 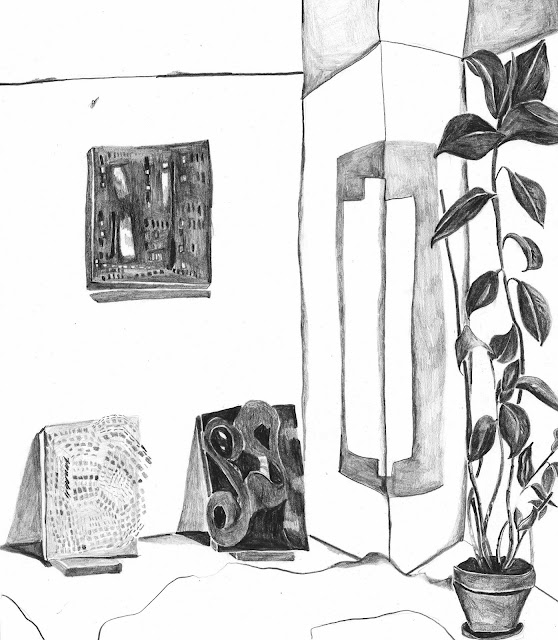 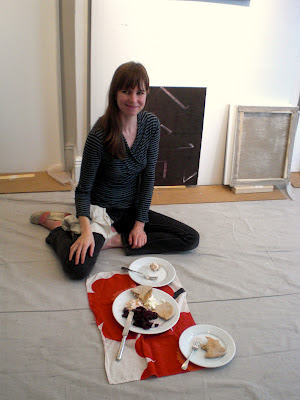 Ariel's paintings are lush musings on color, pattern, and, as described in the title of her exhibition, oscillations. She arrives at these vibrating medium-sized works both through her vast experimentation in brush stroke and her contrasted pairing of pigments. Lately, I have been thinking a lot about the act of making, purposefully picturing the artist working on the piece as I respond to its visual proclamations. I explored this idea while looking at Ariel's paintings. I saw her cavorting, whirling, twisting and swaying as she worked. I visualized her arm carving out layered details hidden in the background so that they might be levitated to the surface. I saw her repeating single movements with short marks like you might do in a dance in order to gain emphasis of form or interest. These impromptu choreographies of Ariel's gave way to a very engaging series of eight canvases. 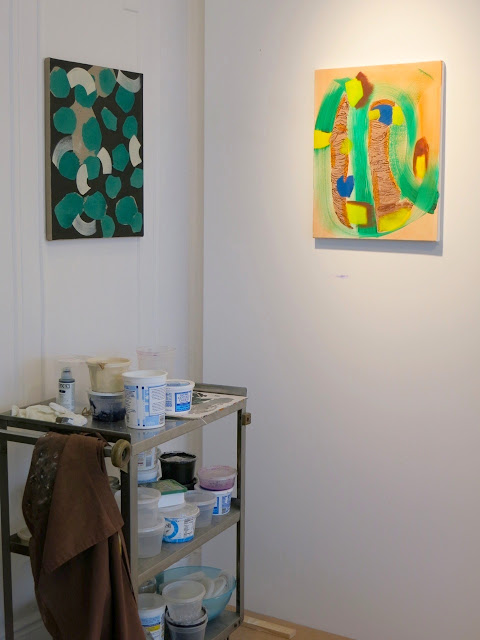 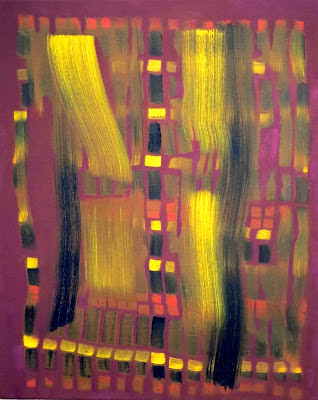 Ariel explained that she would be painting the lower half of the gallery grey. She would then place the bottom of the paintings on the line that is made from where the grey meets the white. This could give the illusion of the work sitting on a shelf, or might give subtle reference to the influence the architecture of her studio had on her while making the paintings. After seeing the show, however, I found that the grey's strongest role was to intensify the color of the the paintings themselves. Grey makes a saturated color pop and, with the works hovering just above this muted hue, it was as though the paintings' last study on movement was in questioning the stillness of the canvases. 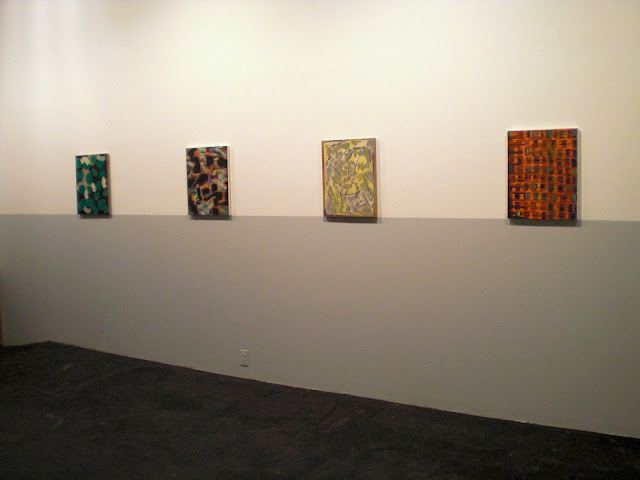 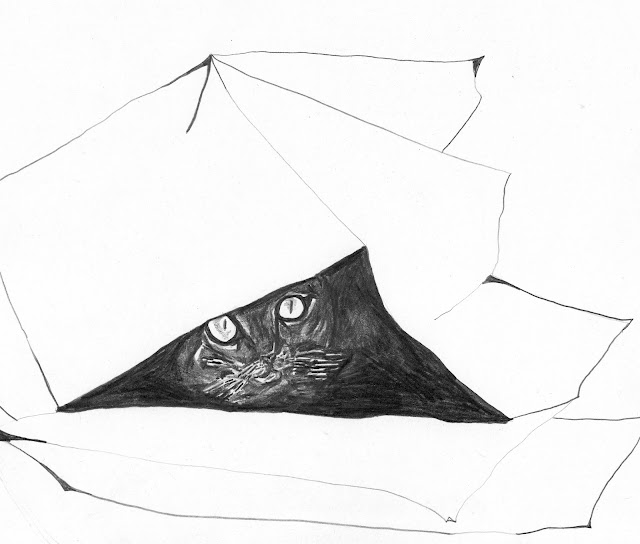 I am a sucker for a studio pet and Ariel had two for me to follow around on my day visiting her, Figaro and Popova. At the end of the afternoon we took a moment to see what kind of mischief Figaro could get up to by putting layers of newspapers on top of his head. Each of the brother and sister team seemed like the perfect art making companions, sliding up next to the studio wall to take a look at Ariel's paintings before they made their way over to the window. Please go see her show up until May 27th at SOUTHFIRST Gallery. And to check out more of her work go to http://arieldill.com/.