In a studio building that hugs the JMZ tracks on Broadway the buzzing of the J train reminded me of another visit I had made, six years prior, on the same floor. There is an unequivocal energy that seeps out of this particular building’s dimly lit hallways — laden with paintings from artists' studios past and present. This year I had the pleasure of sitting with the lovely Angelina Gualdoni, and in 2013, I was with Lauren Luloff. I drew while Angelina prepared for her solo booth at NADA and her solo show at Asya Geisberg Gallery  that opens April 5th. Gualdoni made a delicious lentil stew with a hearty homemade bread for our visit. She is known to triumph in the kitchen as well as on the canvas. 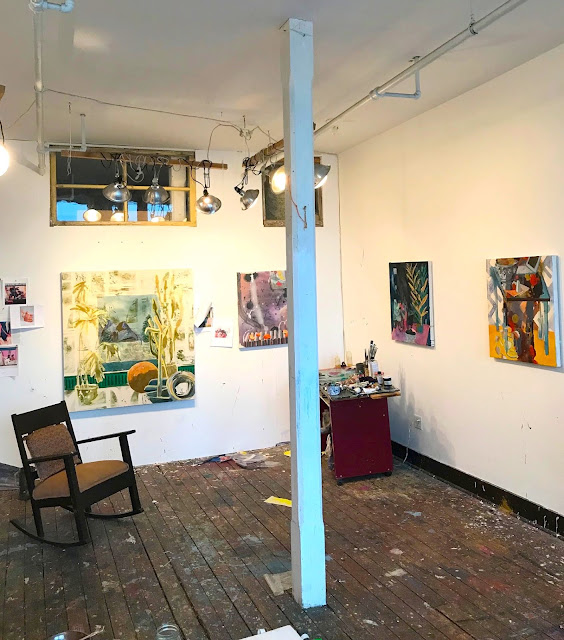 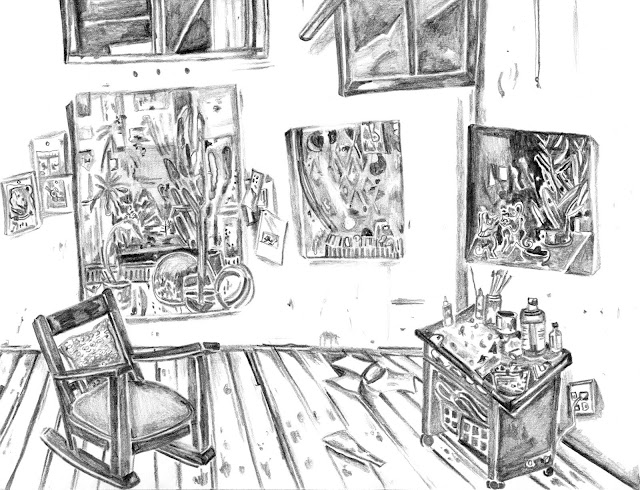 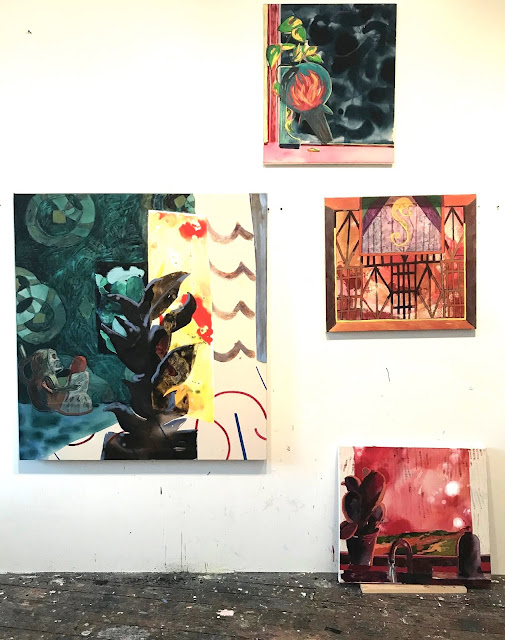 We started our conversations on titles and ended them discussing the lush pours of paint Angelina was making on one of her final pieces. Sometimes the easiest way for me to understand a painting is by attempting to look through it. I blur my eyes, almost until they almost glaze over, and get at what a canvas looks like on the inside in order to draw its outside. Upon doing this I realized that Gualdoni is applying paint on both sides of her canvas. The pattern she begins with on the back side not only starts her work out with marks for her to react to, but also develops a kind of ghost-like perspective that delightfully disorients and furthers the intensity of her interiors. Eggplant colored drips pool around hard edges as she defines portions of her canvases, often depicting still lifes, and leaves others objectively abstract. In one of her newer paintings she lights the sky out of a kitchen window with a devouring red. It is unclear if it is a pleasing sunset or harsh apocalyptic reality. Beauty teetering on the edge of destruction sparks the painting's contemporary concerns. In two other works a laptop sits casually close to the edge of a table and a "No Ban" cardboard torch silhouettes in a window. These details quite fantastically remind us that we are looking at paintings made in the here and now. 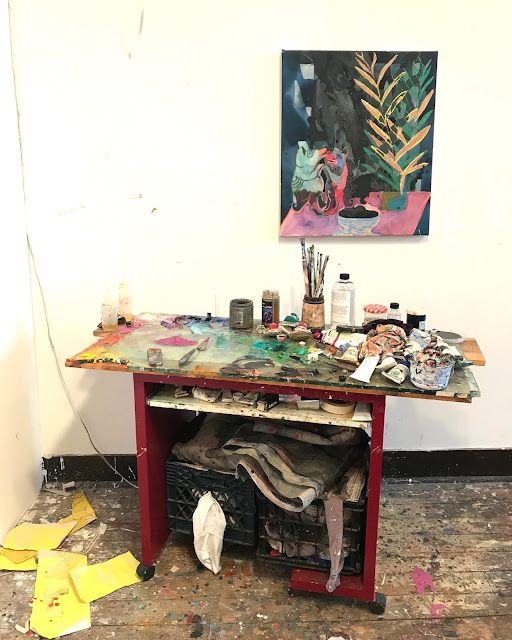 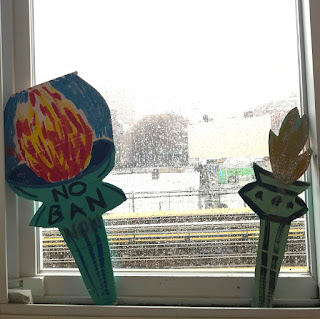 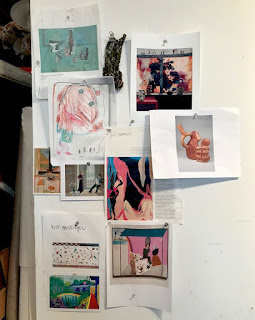 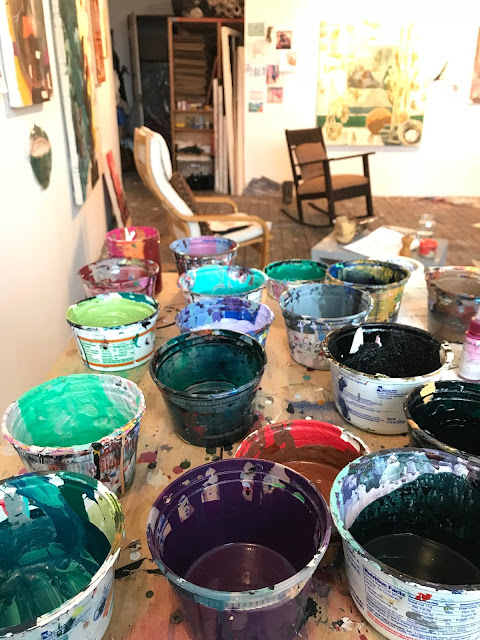 Gualdoni and I hid that afternoon from one of those punishing March storms. It was hard to leave the warmth of her studio for the spitting cold rain. I was so happy to know that I would meet with all the paintings again out in the world. Go see Angelina’s show at http://www.asyageisberggallery.com/ opening April 5th and to see more of her work go here http://angelinagualdoni.com/