When you live in a city with eight and half million people a majority of your experiences (and a lot of your psychic energies) end up contained within the four walls of your apartment, your friends' places, or your favorite out of town hang outs. We take to these spots in the hopes of occupying a less chaotic space. In turn they become an extension of ourselves, sitting still, ready to be portrayed. Marc Hundley's poignant and sublime portraits of experience using time, place, and text are as relatable as they are ambiguous. A few days after the opening of his show "New Music" at Canada, I walked across the hall of my apartment building to draw his studio. Hundley is not only a fantastic artist, but also a fantastic neighbor. 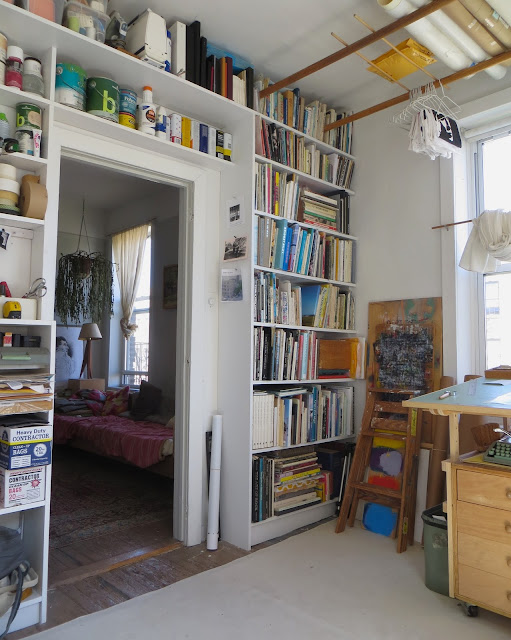 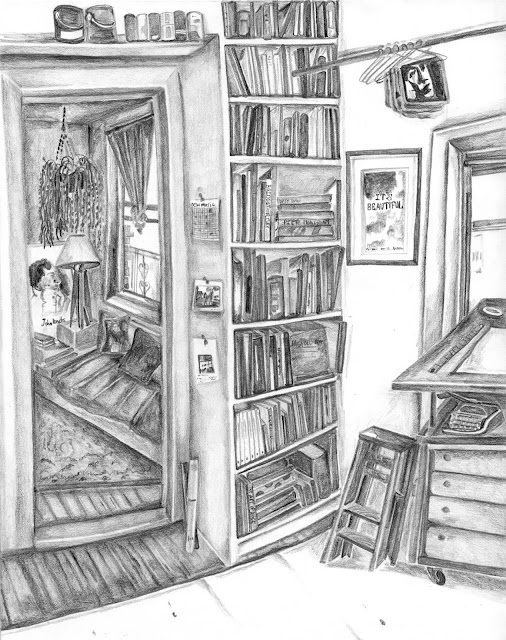 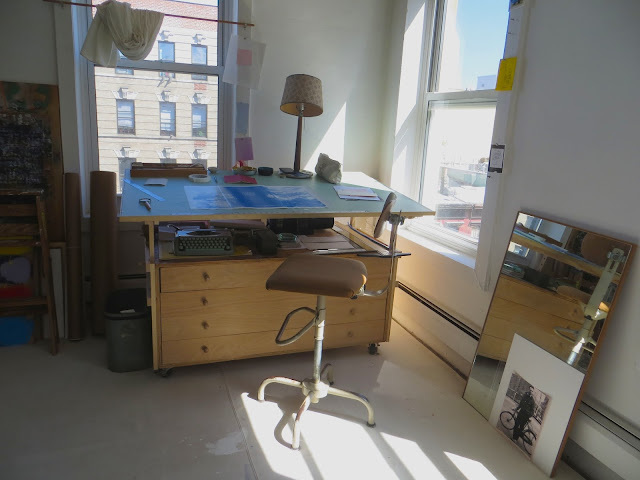 Familiar like a past life, and just as unearthly, Hundley's posters pluck texts from poems, song lyrics and names of places and pairs them with found and original imagery. Using direct mark making, typewriting, and repeated xeroxing as part of his process, the results are meaningfully manipulated advertisements for a more benevolent world. One printed work on paper, up in his current show, uses a photo he took of the west side of our building that he couples with lyrics by Buffy Saint-Marie, a native Canadian singer songwriter and social activist. I find myself replacing my own voice with Marc's in the time it takes to quietly read the small dark type detailing a place, a time and the author of the text at the bottom of many of the posters. For "New Music" Marc has made the space more apt for day dreaming and pondering by building a long bench that takes up the extent of one of the walls — a generous consideration for his weary city viewers. Hundley's ephemeral thoughts or gentle but nudging manifestos, be them imagined or real recollections, whisper out to the audience to pay attention to what is happening around them, often finding that "It's Beautiful." 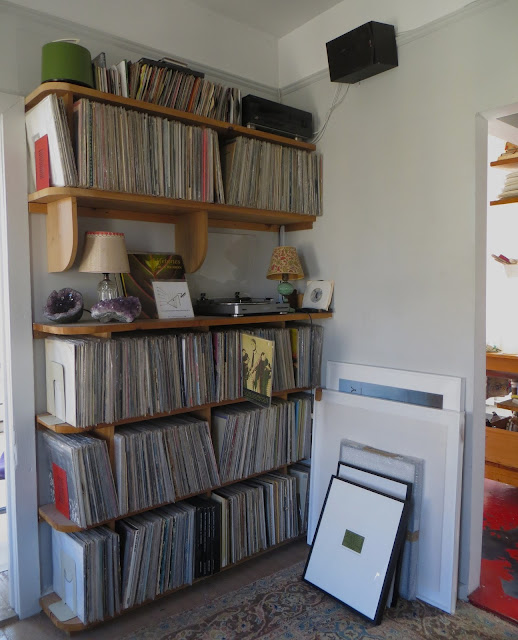 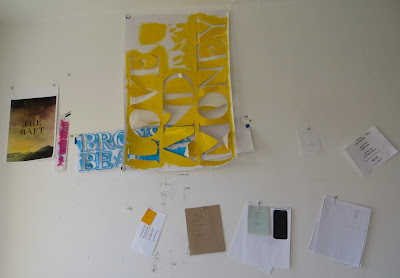 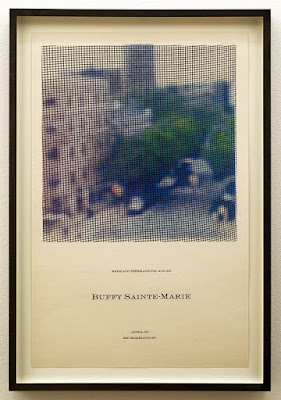 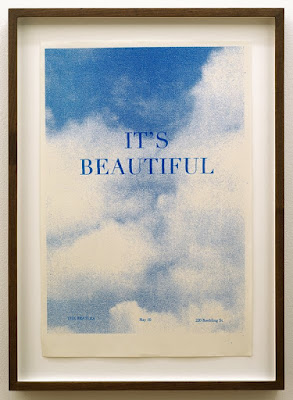 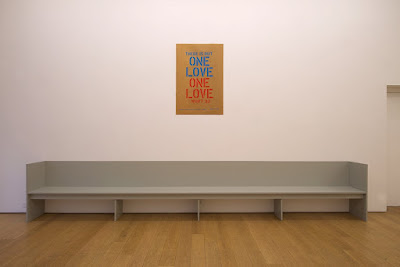 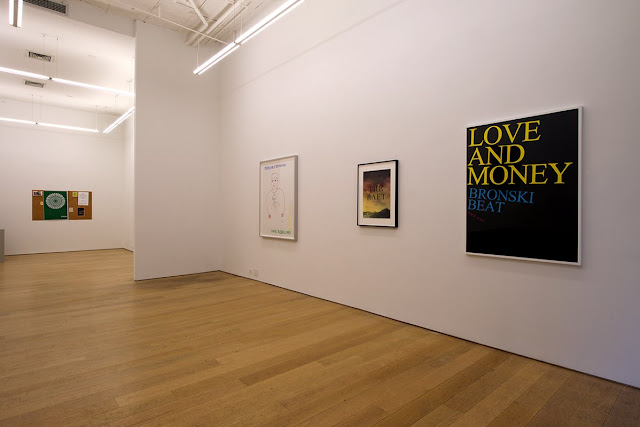 It was pretty easy to get home from our visit; I never even put on my shoes. Continuing our often lengthy hall conversations in a drawing session seemed so natural, but also unusually special. Art is all around us, sometimes just on the other side of the wall. Please go see his show up now at Canada until June 6 and to see more of his work look him up on the internet.
Posted by Maria Calandra at Sunday, May 22, 2016 No comments:

With one studio in Brooklyn and one in Cornwall, CT, Carl D'Alvia and his practice live somewhere sublimely between country and city life. We teetered between the two places in conversation while I visited him recently in his Bushwick studio. When not in NY Carl spends his time running lush trails, working on his sculptures, and visiting nearby Great Barrington, ending the day by rolling hand made raviolis with his daughter and his wife, painter Jackie Saccoccio. It takes many steps and a lot of patience for D'Alvia to get to the end of one of his projects, finishing his sculptures in materials such as marble, bronze, or clay. I can only imagine this patience isn't gained on the streets of NYC. 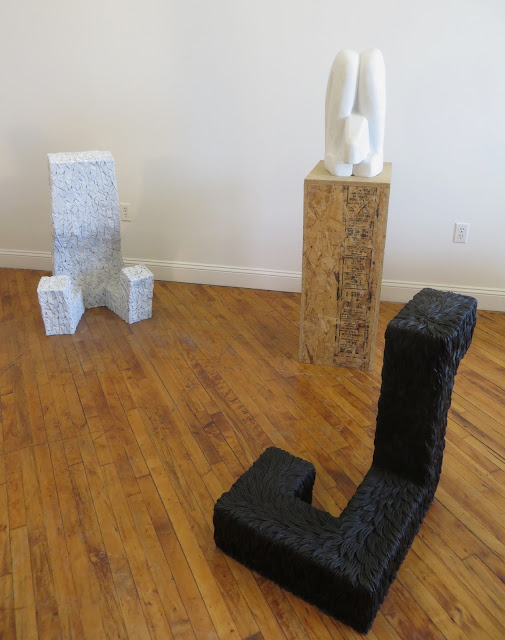 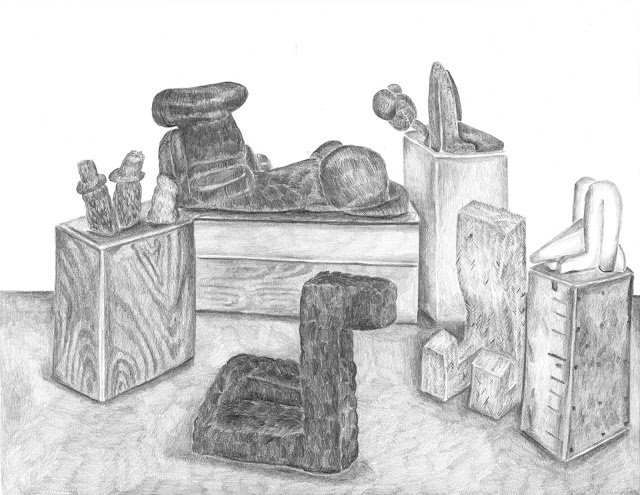 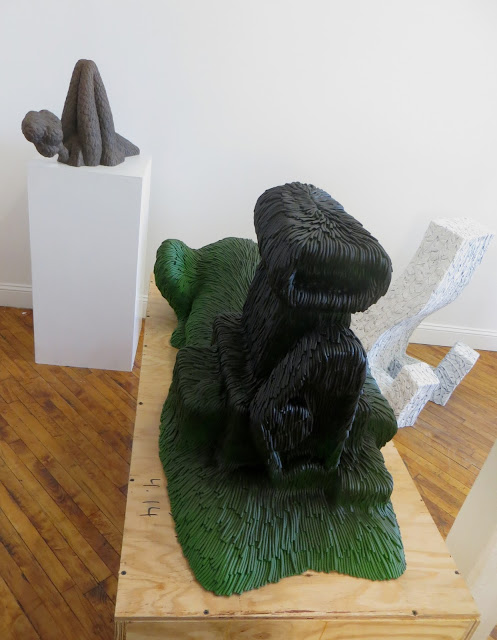 Thoughts on Surrealism, Minimalism and the art of Ancient Greece come to mind when I look at D'Alvia's compelling and colorful sculptures. A decisively rendered ebony piece that sits upright on his studio floor and hits about mid-thigh is as welcoming and goofy as a pet Labrador and as clean as a Tony Smith. If minimalism was a reaction against abstract expressionism, then D'Alvia's work is a clever, well-versed, Pop reaction to both. The fastidious patterns that form around his sculptures, be them tubular strands or stylized feathers, are rich in detail with a multitude of curves that repeat like the locks of Laocoon's hair. It was no surprise to hear that D'Alvia had spent time in Italy at the American Academy in Rome after winning the Rome Prize. There is an obvious appreciation for the formal techniques that are best inspired by looking at the Berninis in the Galleria Borghese or the Veiled Christ hidden in Napoli's Sansevero Chapel. After a day spent analyzing these creatures that are part iconic figuration and part furry wisecrack, I felt like I was leaving with a few new friends. Smart ones. 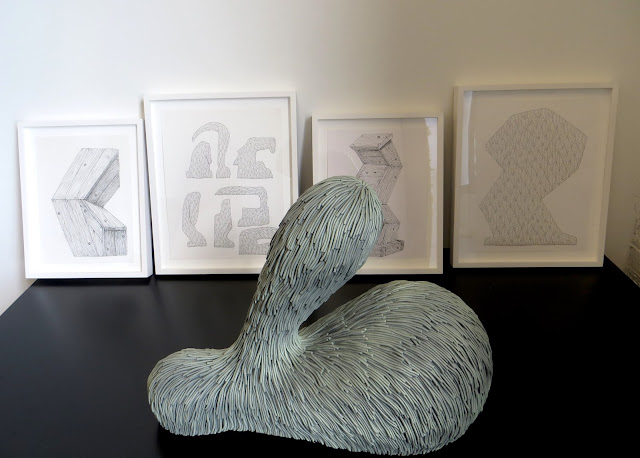 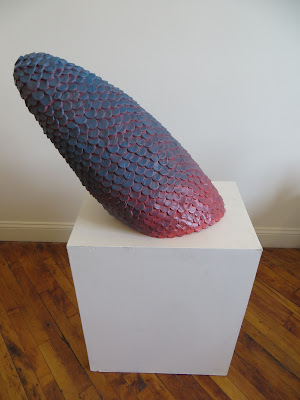 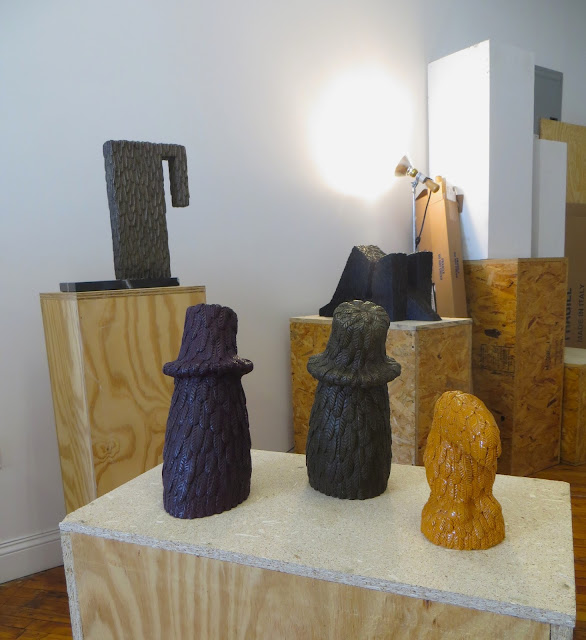 We got hungry for lunch working on our drawings, his of imagined sculptures and mine of real ones, so Carl ran down the street to pick up a couple of Roberta's pies. This was quite an unexpected and savory part of the visit. A lot of our conversation revolved around his time spent in Rome and my visit there last year. Hence the pizza run. With appearances in recent group shows at places like Regina Rex, Jeff Bailey and The Journal Gallery it seems like a month doesn't go by that I don't run into one of Carl's sculptures. Look out for them yourself and to see more of his work go here http://dalvia.com.
Posted by Maria Calandra at Wednesday, May 11, 2016 No comments: