Fractals, spirals, tessellations — there are so many unbelievable patterns found in the formations of the natural world. I also see them in the work of Richard Tinkler. It was invigorating to see Richard's studio, albeit on my computer screen, for an afternoon in early April. Lit with the healing powers of the sun coming in from his warehouse sized window, Tinkler's home studio is the perfect place for an artist to be hunkered down while still keeping up an art practice. Richard has been home for some time now, even before shelter in place, staying healthy, healing, and going to bi-weekly chemotherapy after a surgery late last year. Because of this not much has changed for him during this time when we are all staying in. Art never leaving his side — his positivity is inspirational. With so much healing needed in the world, Richard's attitude is as bright and uplifting as the light that shines in through his Brooklyn window. 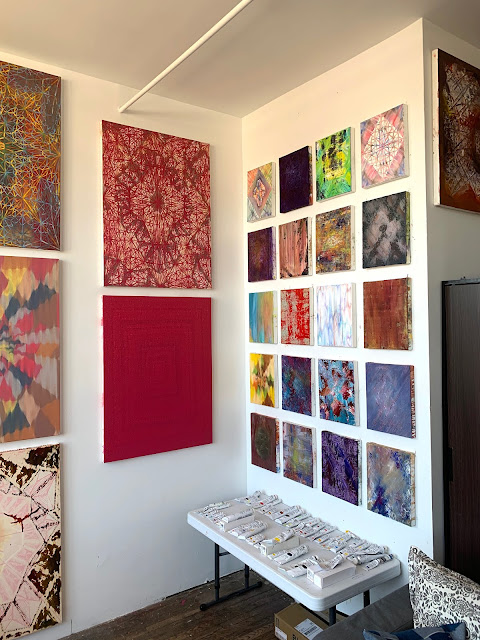 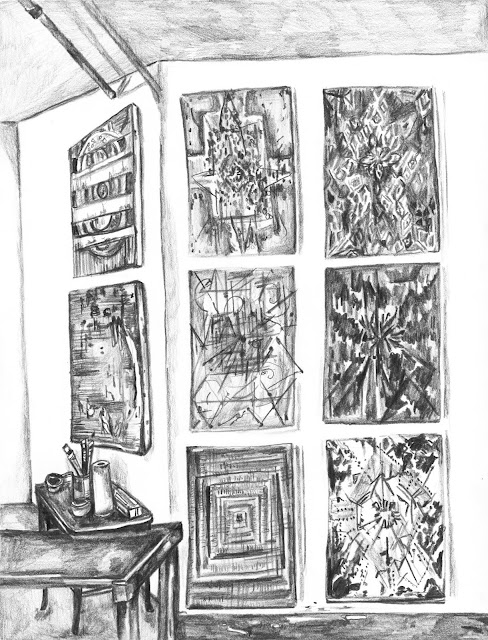 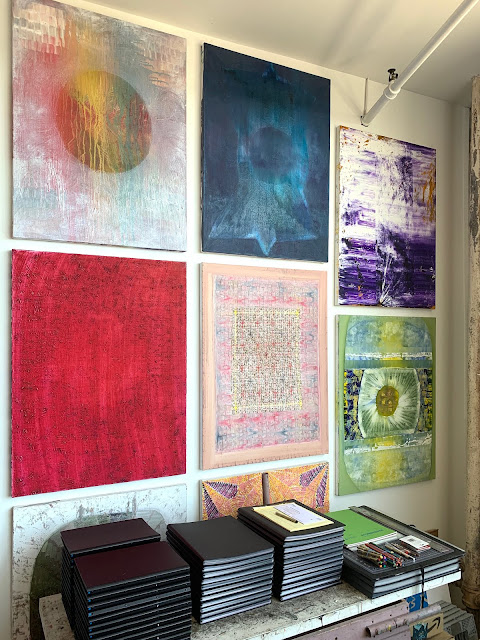 Symmetrical patterns occur naturally in fascinating ways. I always imagined Tinkler's paintings and drawings to have grown organically like the spiraling out of seeds or the geometry of a crystal or a snowflake's six-fold symmetry. Thinking of examples from Frank Stella's geometric abstractions to Bridget Riley's optical phenomenons, how do the hands and minds of artists intuitively spin the same webs that the cells of all living beings do? What pulls us as artists to build like bees their honeycomb? Sometimes one of Tinkler's drawings or paintings will surprisingly swirl out like that unexpected stanza in a poem that doesn't line up with the rest of the page, breaking from the pattern and challenging the viewer. In the past few years, Richard explained, he has returned to painting with similar artistic intentions as his drawings and now goes between the two depending on his mood or energy level. We talked about how his paintings require him to let go more, allowing each layer to affect the next as elements are added and removed. Having observed his work for some time, Richard's drawing practice, of breathtakingly detailed patterned marks, has always excited my linear tendencies. Every time a new drawing appears it is fascinatingly varied from the one before. Taking apart his geometric paintings enough to draw them in gray scale with any kind of likeness was a humbling challenge. And brought me to have even more appreciation for Richard and his wondrously patterned world. 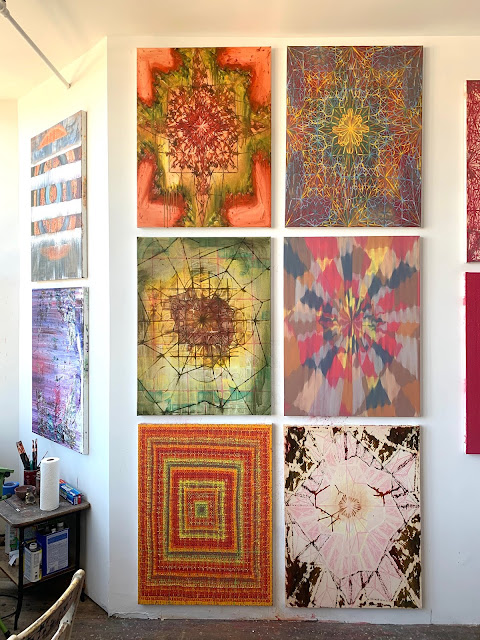 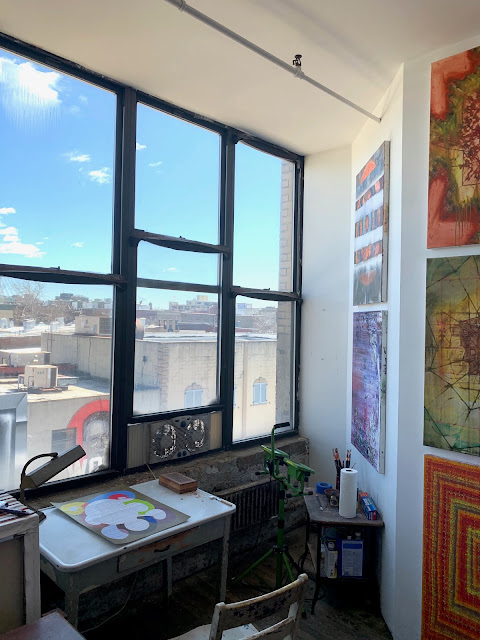 For some, making work can ease them from the heaviness the our current situation, but for others reading, looking, and having conversations on our phones and computers is a more realistic avenue for creative imaginations. Every mode is the right mode for each individual. I am so happy to have shared this time with Richard in his studio. With several weeks behind us of staying inside, away from my greatly missed art community, a glimpse into Richard's creativity sparked mine. To see more of his work go here https://www.56henry.nyc/richard-tinkler-artist-page. Also be sure to check out his amazing instagram feed https://www.instagram.com/richardtinkler/
Posted by Maria Calandra at Wednesday, May 27, 2020 3 comments: