Social Media can pose a lot of pros and cons for visual artists. Without the use of it myself, I may have taken this project in an entirely different direction. A "con" could be the fact that it is a constant distraction, whereas a definite "pro" would be the ability to follow our peers' art careers. Watching the progress of Maya Hayuk's murals grow on the walls of places like Detroit, LA, Berlin or Cologne has made for one of the more fulfilling Facebook or Instagram experiences I've had. I revel in her delicious color choices as well as her bold photo poses as I watch the layers of her paintings build along with the enthusiasm of her fans. I liken it to rooting for team Art, with Hayuk frequently hitting it out of the park. Her recent show at the Hammer Museum in LA (up until January 5th) was an especially exciting project to watch come to life on the walls. Hayuk and I made contact online over a year ago.  We recently made real contact in her studio just a few blocks away from me in Williamsburg where I had the chance to talk with her and do some drawing. 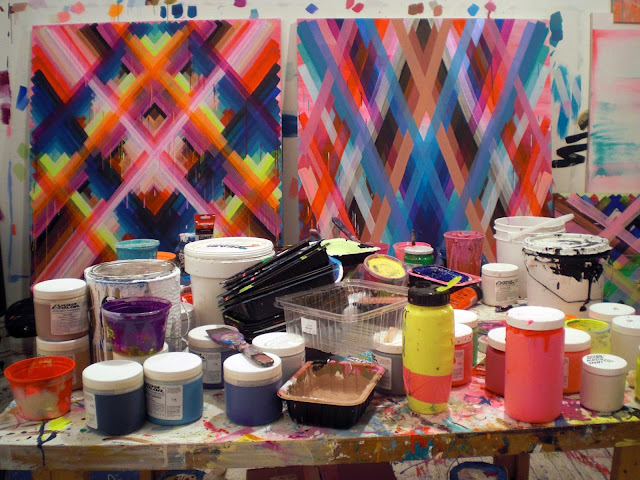 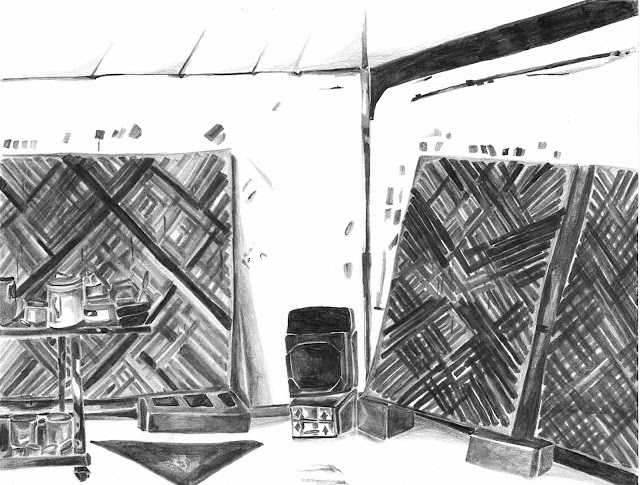 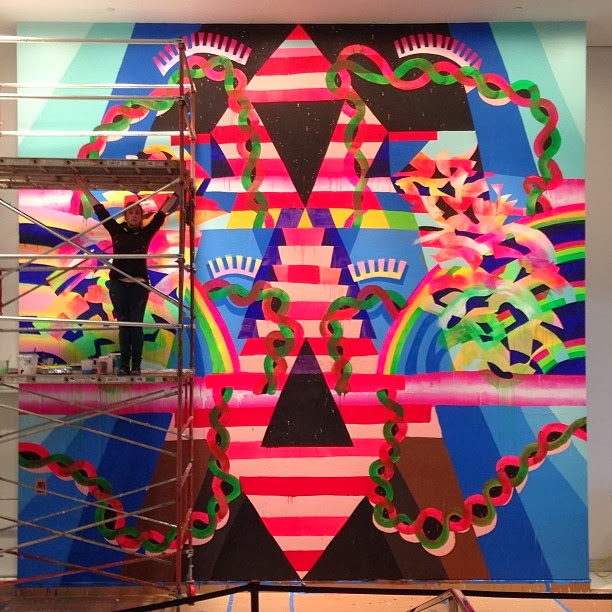 Hayuk on day 3 of one of her murals at the Hammer Museum in LA.

As I wrote this, Hayuk was once again teetering on a cherry picker with her wide brush in hand. This time she was in Wynwood, Miami painting a mural for Wynwood Walls Art Basil "Women on the Walls", which was co-curated by Jeffrey Deitch and Goldman Properties CEO Jessica Goldman Srebnick. It opened to the public December 3. While I was in her studio she was working on four separate paintings on panel which where similar to her murals except for their size. With each painting in a different stage of completion, I was able to almost fully grasp the pattern of her process. It seems that she deliberates quite methodically on where the next long diagonal brush stroke will go and what it will (and will not) cover up in order to create her painter's puzzle of psychedelic color relationships. How she gets that notched out effect in her most recent work is a mystery -- I tried to crack the code while I was drawing, but I couldn't. In other works, Hayuk's brush will twist and turn, jumping around to make reference to endless stairways, chain necklaces, or rivers' patterns. It is almost as though she is painting an altar for the long time history of murals, she herself having participated in this history for many years. 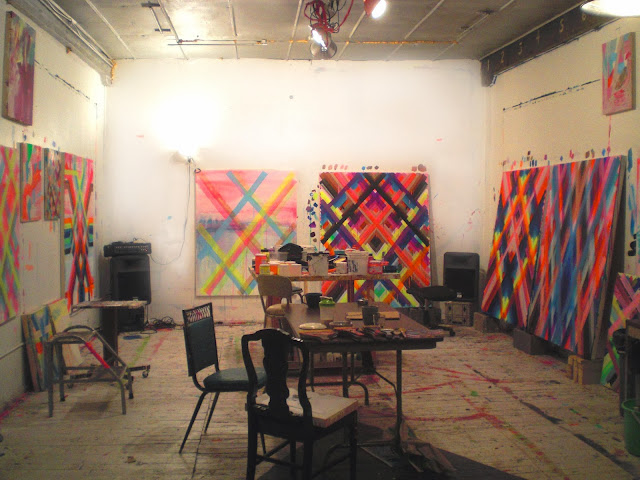 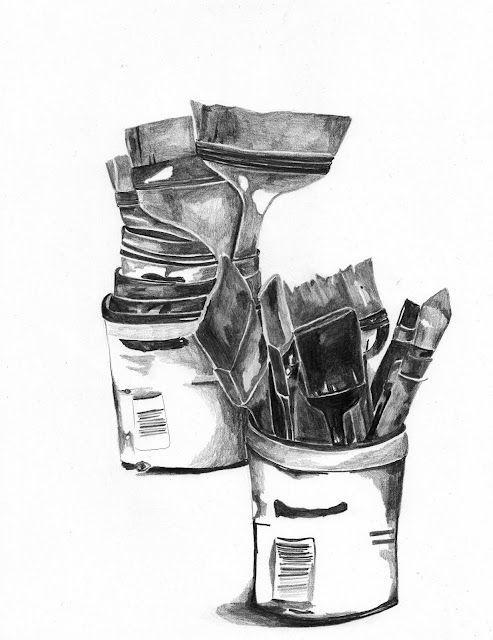 A special kind of energy emanates from Hayuk and her work. In terms of her large wall pieces, scale alone echoes exaltation. Visiting Hayuk's studio and hearing her stories of travel and life on the ladder had that same kind of energy. Set-up in her Williamsburg space, she shares a large floor of private studios with a communal kitchen in its center for the artists to gather in. I had the pleasure of meeting most of the other artists while I was there. One of them even made dinner for the crew. It was the first time a studio visit ended with tasty roasted pork belly. Chances are that if you are traveling, you could come across a Hayuk. You should definitely stop to breathe it in, take a picture, and spread the love. Also, for those of you in Miami this week, check out her latest mural. To see more of her work go to http://www.mayahayuk.com/?page=murals 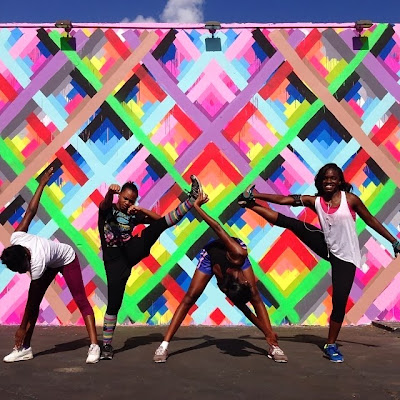 Some women posing in front of the Wynwood Walls in Miami after its completion
Posted by Maria Calandra at Wednesday, December 04, 2013 1 comment: