I love the anticipation I have after getting off the subway and crossing the street right before arriving at a studio I have never been to before. What will the building look like, or the always fascinating hallways, or, most importantly, the space that I am about to spend the day drawing. The week I visited Wendy White, she was getting ready to ship work to Miami for her show "12th Man" at David Castillo that opens next Friday, February the 13th. Walking into her Sunset Park studio felt like being dropped directly into the paintings that consumed it. There was even a lone sound of melodic percussion coming from who knows where. It played like the soundtrack to this film that took place just above the earth's atmosphere and just below the surface of her canvases. A few minutes in, Wendy explained that there was a recording studio next door. And so, coming back down from the clouds, we began our visit. 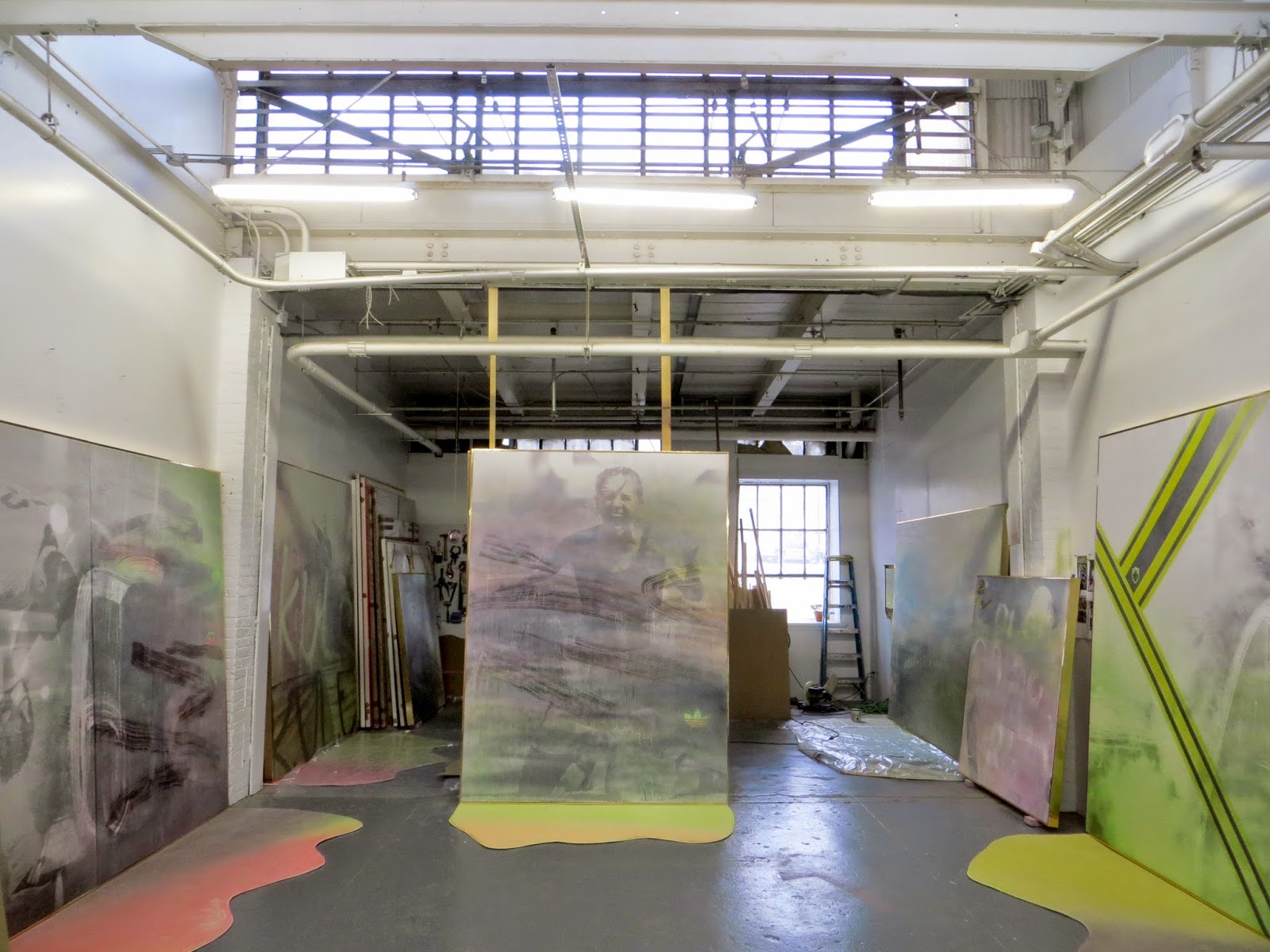 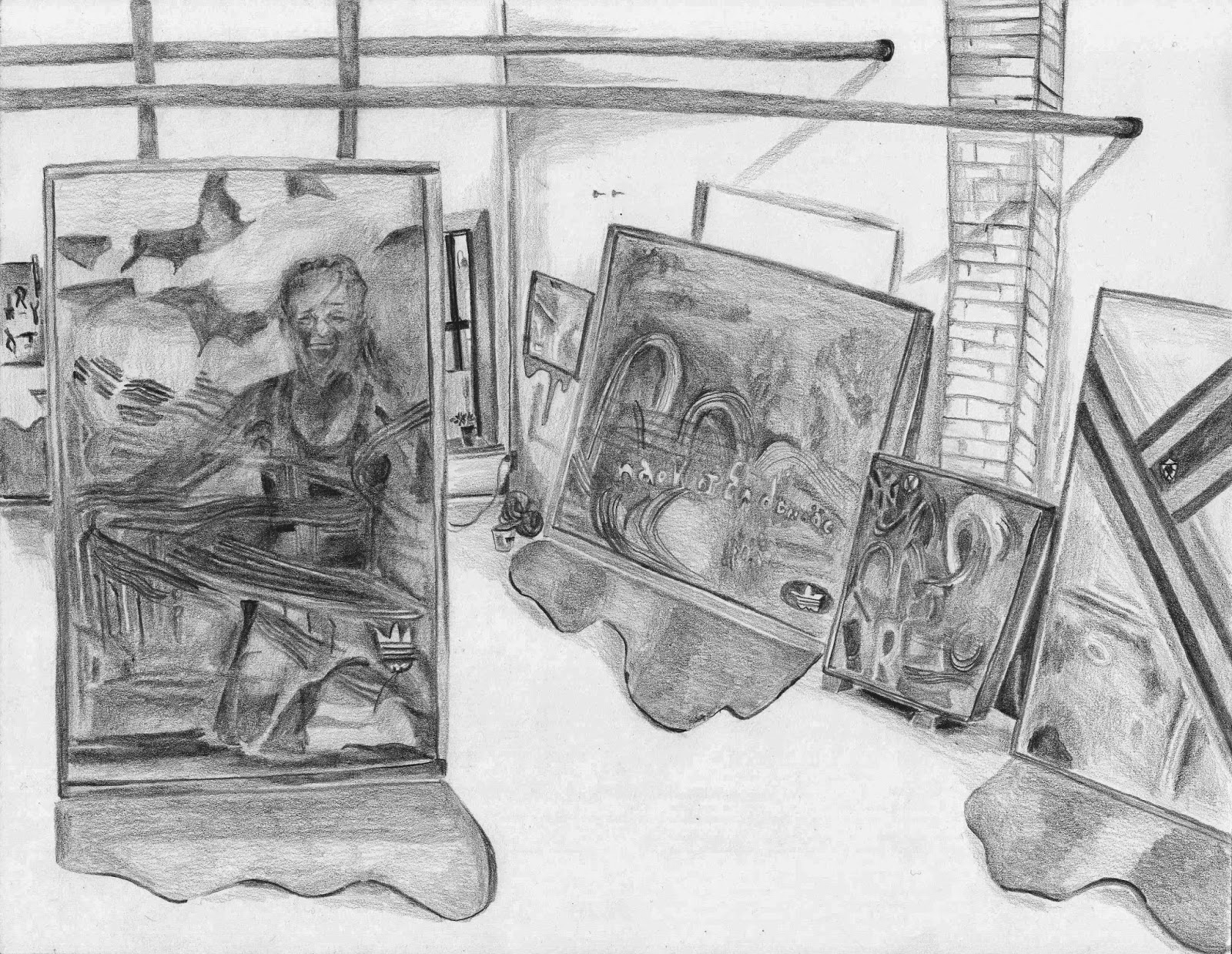 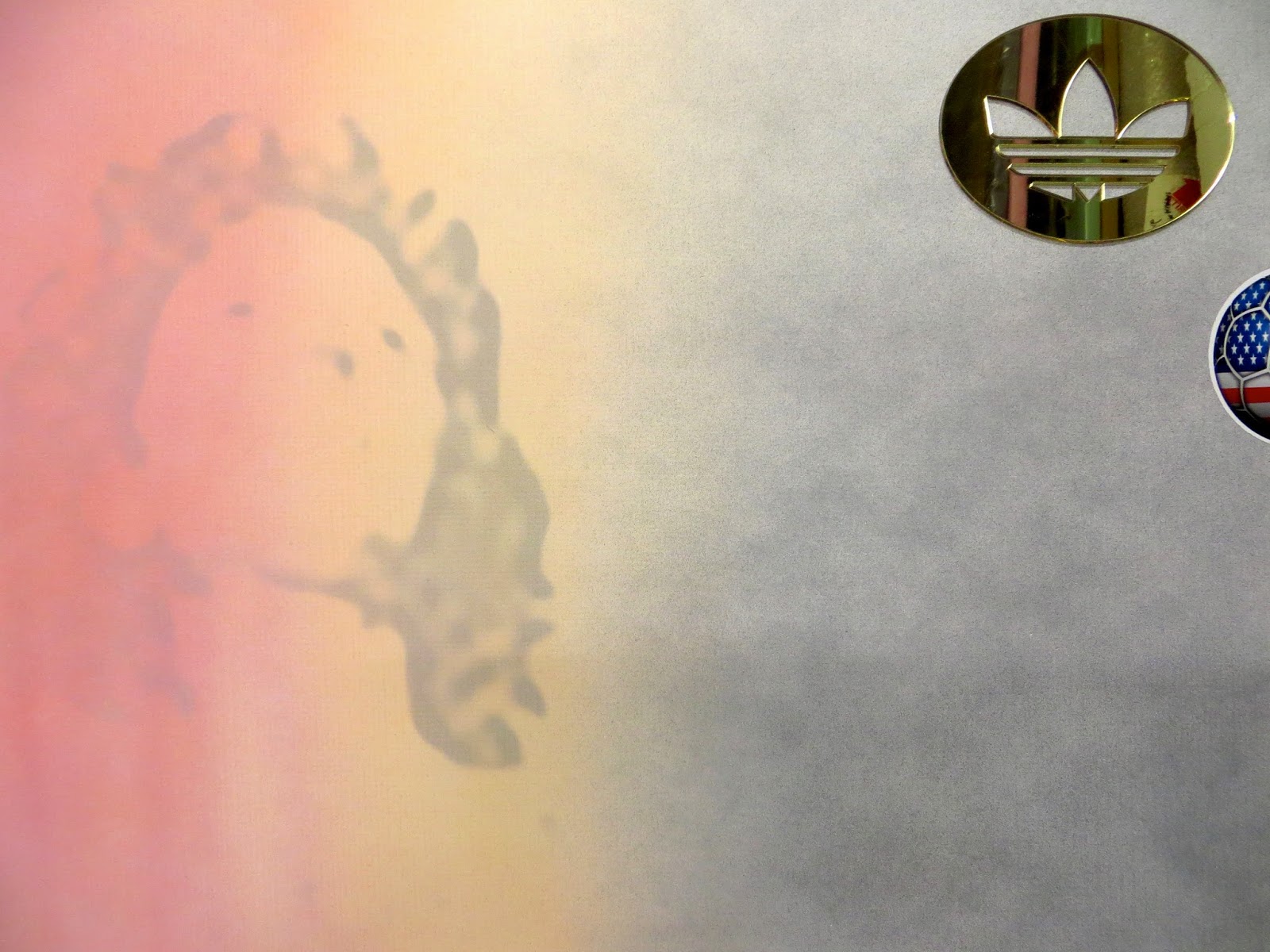 I was first struck by the stature of White's paintings and their captivating trophy-like qualities. Their sides were a slick reflective yellow gold and they were leaning stoically against the wall, safely positioned on hand trimmed rugs saturated in neon colors. I could envision them hidden behind the closed door of one of those sacred sports rooms that your friend's dad has—if it wasn't for their larger than life size. The futuristic versions of team colors that Wendy uses make the seconds in time she is capturing all the more heightened and surreal. And her signature airbrushed marks, that move in and out of text, are as satisfyingly immediate as the goals that win the game (and the pitches that lose them). I soon realized that the images of figures that begin as inkjet prints—before being painted into—are frozen in either a euphoric or sorrowful state, the kind that only sporting events can evoke. White represents athletes of both genders, but only women are shown in their times of triumph. For example, Brandi Chastain powerfully possesses one painting as she tears off her jersey just after making the winning goal in the 1999 World Cup. The men, on the other hand, are depicted being faced with, in one way or another, the end of their immediate significance. For example, the image that is used of Derek Jeter is of him turning his back to the camera, hiding any sign of emotion in his last game before retirement. It seems that White is reversing the typical portrayal of gender in the media, showing men in moments of vulnerability and woman in moments of glory and victory. A reminder that in reality women and men have equal triumphs whether the camera, or whomever, catches it or not. 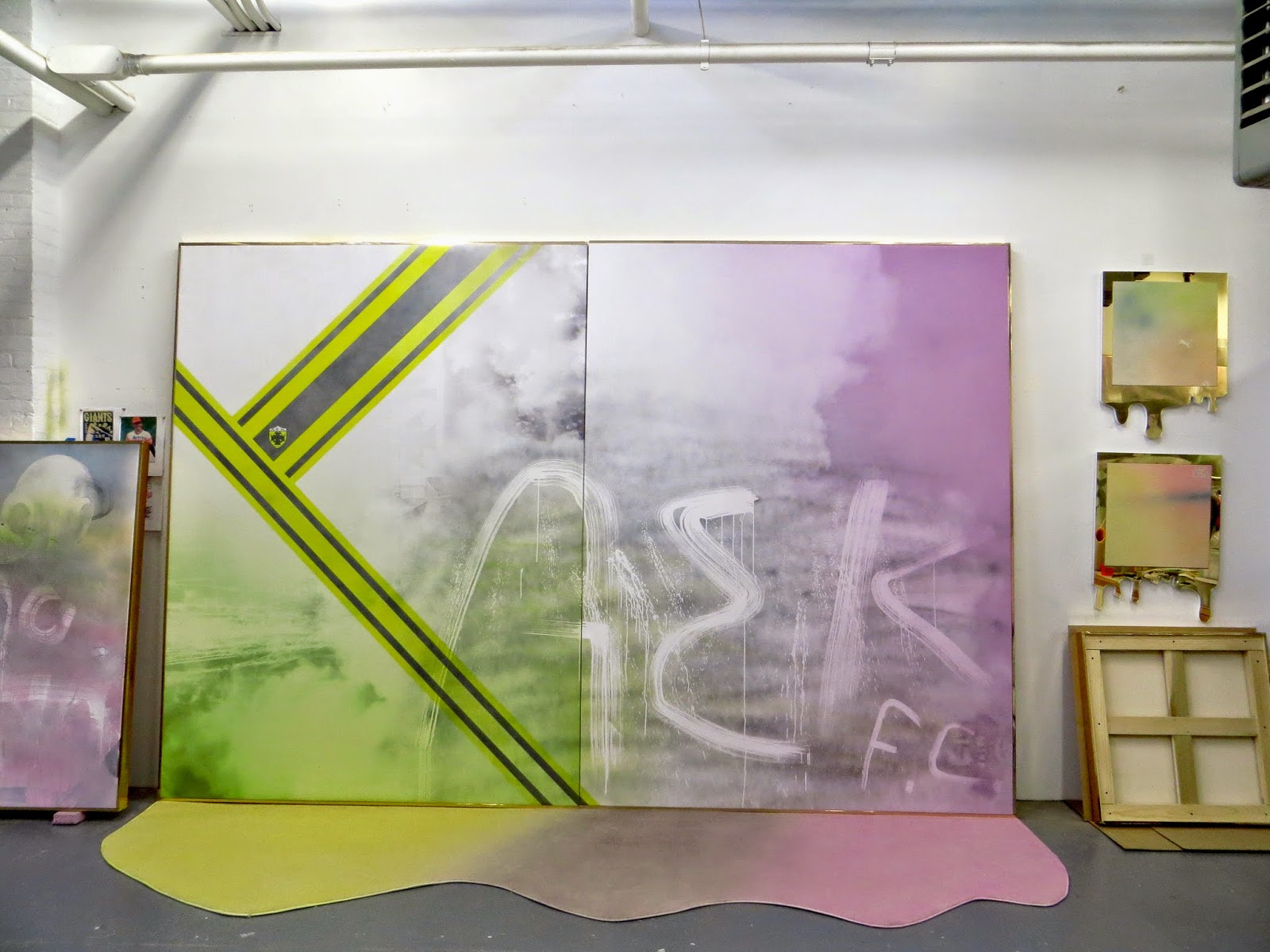 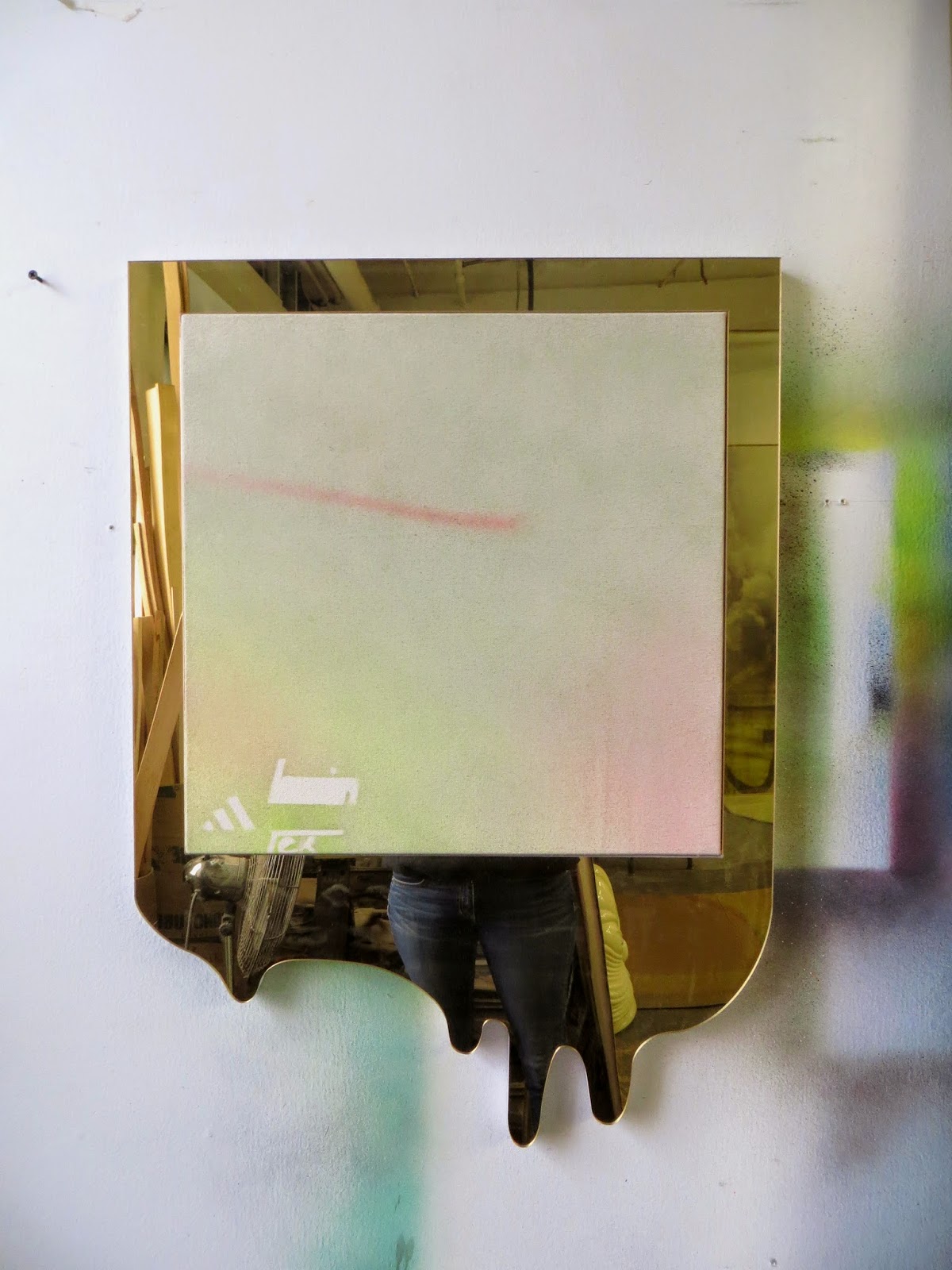 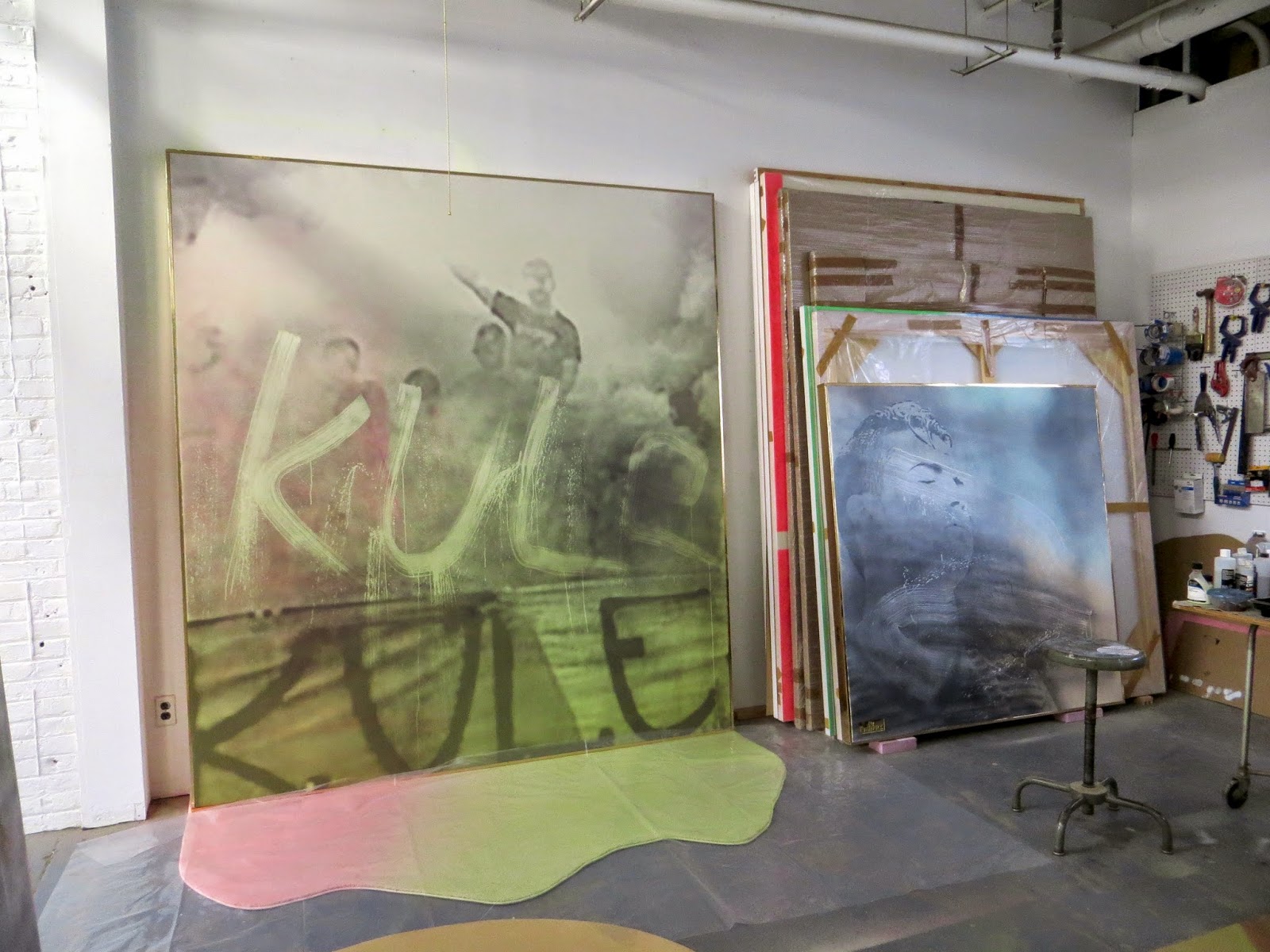 Since the beginning of this project 59 visits ago I have had many encouraging words from my peers, the female supporters being some of my best cheerleaders. I remember running into Wendy at an opening the week I made my first post, and as rough-cut as it was, she gave me props straight away and has spurred me on since. That was worth a lot to me. Like many of those inspiring female sports leaders, White is one of mine for paintings. It was great spending the day drawing her new giants. Also, this spring her show "Double Vanity" will run at Sherrick & Paul in Nashville, Tennessee from April 30 - June 13. To see more of her work go here http://www.wendywhite.net/
Posted by Maria Calandra at Thursday, February 05, 2015