Here we are stuck in the middle of another winter with an incredibly daunting 2017 on our hands and slushy trash-filled snow at our feet. So it couldn't be more timely that I turn my attitude around by reflecting back on a visit I made just before the end of the year. If you don't already know the wondrous world of Wells Chandler and his celebratory figures, I am thrilled to make the introduction. Wells and I spent a day together at the end of 2016 sipping on juicy IPA's, eating guac, and engaging in life affirming conversations on the art world and what it needs from us. Most of the work in his Sharpe-Walentas  studio was up on the walls while he got ready for his two person show at Fred Giampietro Gallery opening January 14th. The space couldn't be more prime for drawing. 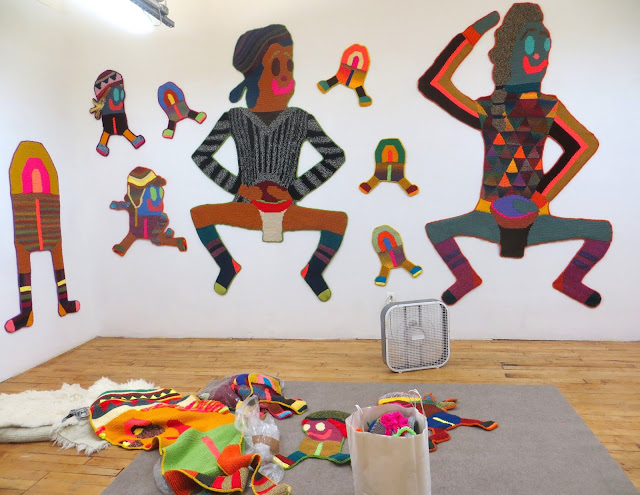 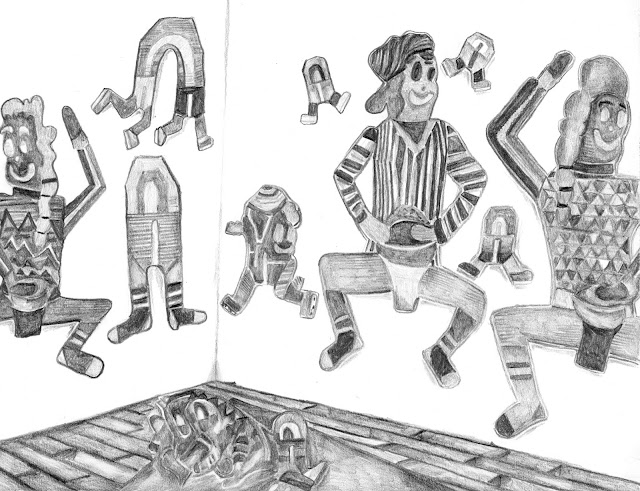 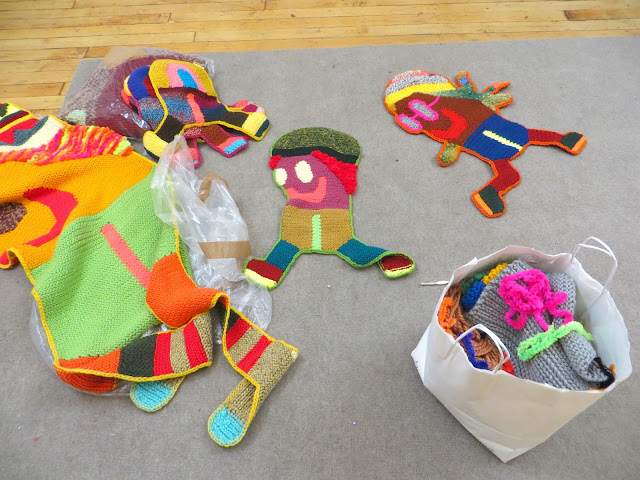 I first came across Wells' work at an art fair a few years back. It was a relief to see a wall full of larger than life personalities encouraging me to dance away the stuffiness of the exhibition space. Like drawings, his forms are made up of intertwining marks with contour lines of contrasting values highlighting their free-form shapes. Alternating from neon pink to deep greens to subtle taupes, I find myself taking as much pleasure in their color as I do in their unabashed elation. The wall acts like both a canvas and a stage. But, in suspending ones disbelief, these creatures, or trolls, as Chandler adoringly calls them, begin to float around independently in the space, attached to nothing but a kindred spirit. Some of their titles refer to inspirational contemporary artists by their first name: Kathy, EJ, Tamara, and Jennifer, to name a few — a deserving homage to our community through portraiture. A group of smaller crotchet works synthesize stretched-out legs and vivid sunsets. They hover around the larger figures like musical notes reverberating exaltations and good vibrations. A rounded rainbow on the far wall is joined by two running torsos. The torsos seem to be helping one another along with their burdens by connecting their kaleidoscopic powers. Using the often marginalized medium of crotchet, Chandler is helping us along by expanding our sometimes narrow view of art, its history, how it is made, and who makes it. My favorite work up on the wall was of Wells, as his younger self, being held in the arms of his partner, Angela. As artists, we can all relate to the capacity of love as encouragement. 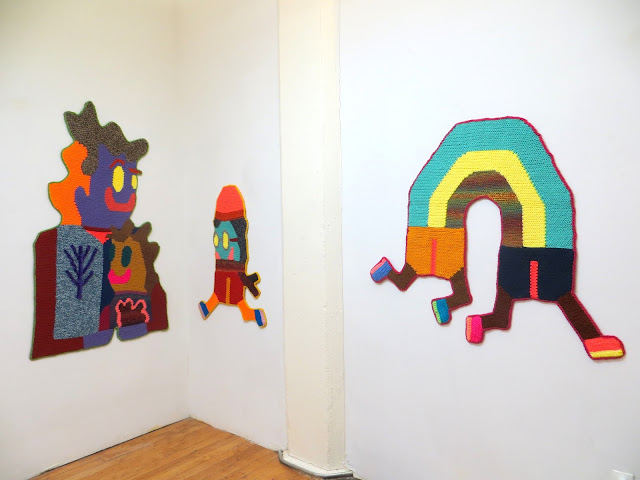 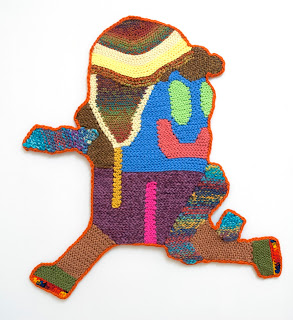 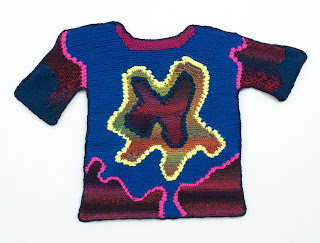 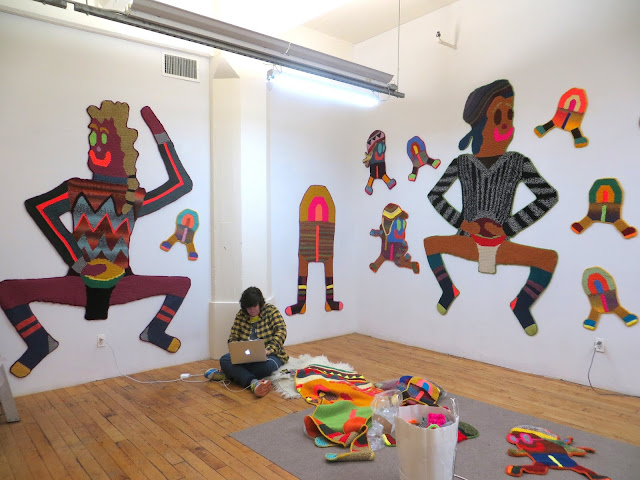 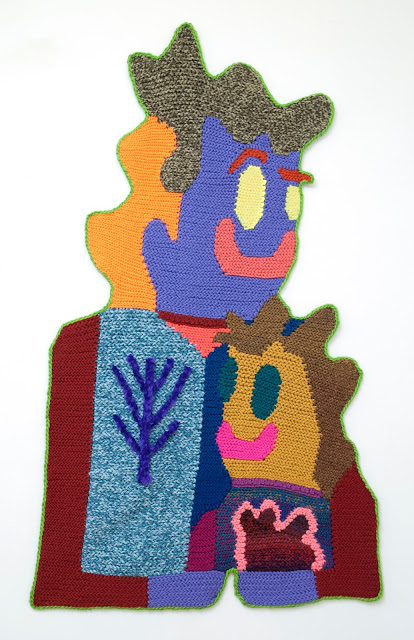 I hope the next time you are at an art fair you come across the friends I made sitting in Wells' studio that afternoon. They have a lot to teach us. Chandler's show is up at Fred Giampietro Gallery until February 14th and to see more of his work go here http://carolinewellschandler.com/home.html