From the time I get the word that someone has an upcoming solo show to the night it opens, I like to picture what is happening in an artist's studio: on their walls, in their thoughts, and, in the case of painter Walter Price, on his visionary canvases. Price's opening at Karma last December was mobbed at the start, but somehow his paintings, with their striking colors and puzzling compositions, were able to elevate above the clusters of people and their bobbing heads. I was determined to see each painting up close even though it meant weaving in and out of the crowd. Losing myself in one after another, Pearl Lines was clearly one of those shows you were glad you made it out into the cold to see. 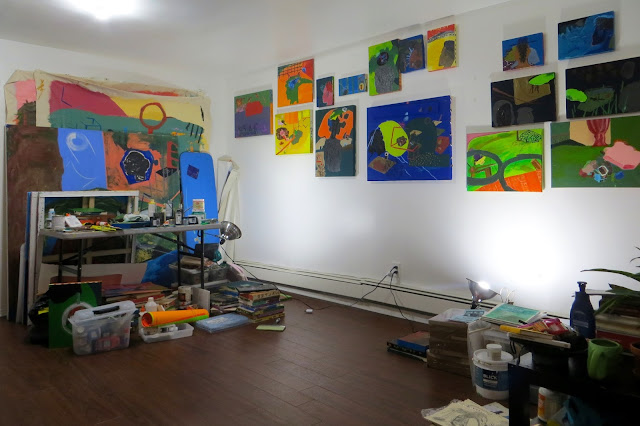 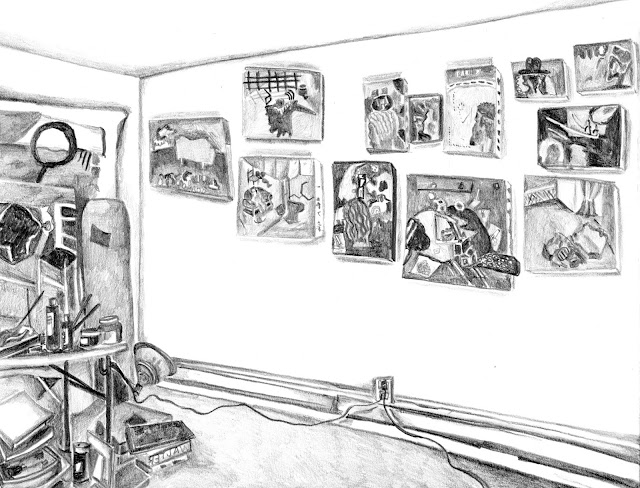 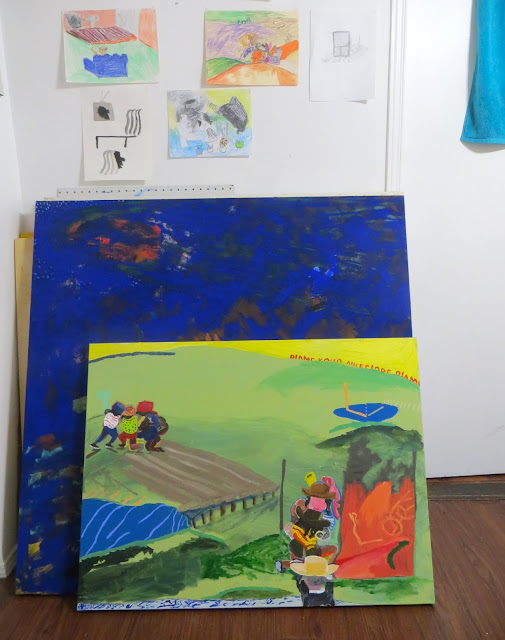 After we took some time to talk about Price's work and his recent solo show, we got out our pencils and paper and began to draw. It became clear just how closely his paintings relate to drawing. From their stream of consciousness content to their limitless range of brush strokes, his works on canvas are able to capture the same kind of spontaneity and directness of mark making that a drawing can while still operating as a many-faceted painting. The surreal juxtapositions that come from their varied subject matter seem to circumvent time like a momentary daydream. Landscapes operate as aerial views with misplaced horizon lines. A first person point of view is described by using the profile of a bust in the foreground of composition, as though it is pondering the image with the viewer. Rich fields of cobalt blues, tangerine oranges, and lime greens open up sections of the picture plane, allowing the eye to settle into pure satisfying color. Mind-bending interiors with jumbles of objects, missing walls, couches, and sprawled out figures with hard-ons suggest a narrative, but leave most up to the imagination. Each short and surreal tale loosely informs the other, but the paintings stand strongly as individuals — much like the artist Walter Price's vision. 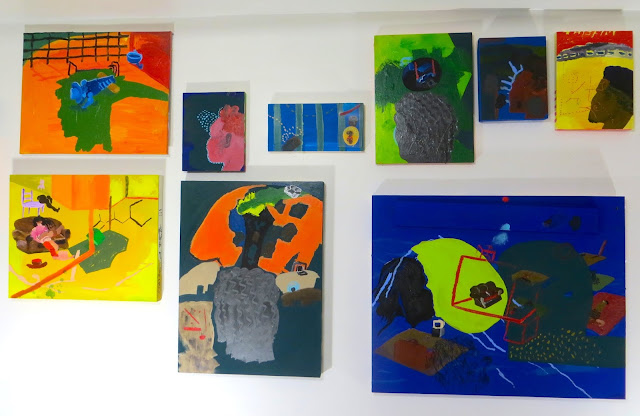 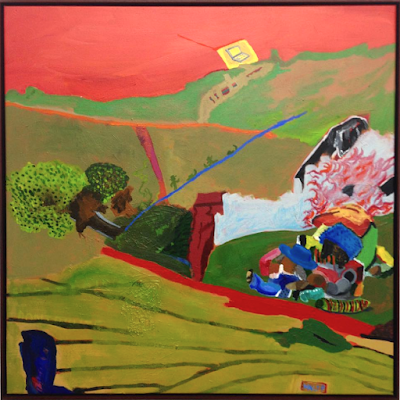 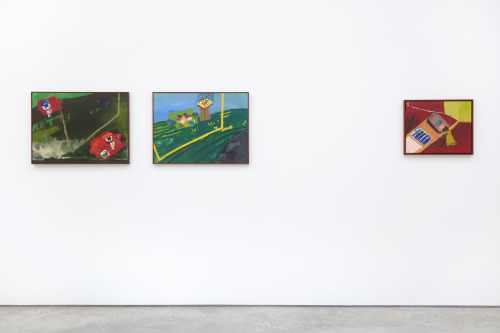 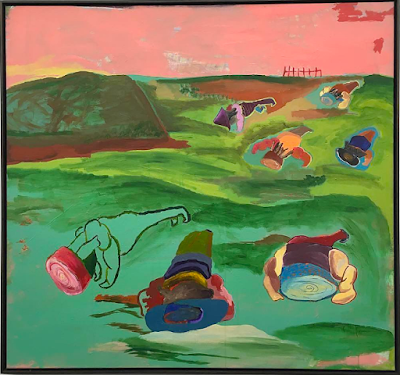 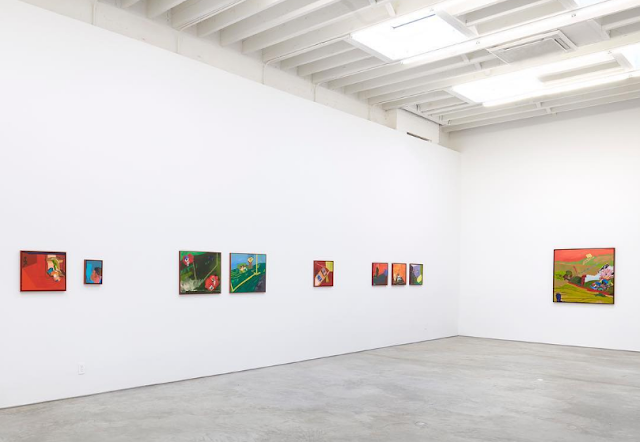 I was able to sift through the piles of drawings laying around the studio at the end of our visit. We talked about Price's daily routine and how systematically he approaches his practice. Starting with basketball and weight lifting before dawn to clear his thoughts, he leaves his mind ready for the expanse of his imagination. We should all take his cue and start our days without looking at our phones and instead move around outside before working in the studio. Price is in a large drawing group show at The Journal Gallery that runs through March 26th and to see more of his work go here http://karmakarma.org/tagged/walter_price