I was totally overwhelmed with the impulse to draw Michelle Segre's studio when I came across a recent photograph of it bathed in light. Layer upon layer of yarn, wire, thread, and papier-mâché mass the kind of wonder and mysticism that only art can conjure. There is a glorious abundance of line, boundless with detail, that her work accumulates — making it hard to decipher when one work begins and another ends. Each of her lineations led me to a new and unexpected punctuation. Be it a dried brightly colored lotus root, a large blue cut-out splat or a swaying eyeball dangling with tiny neon fibers. 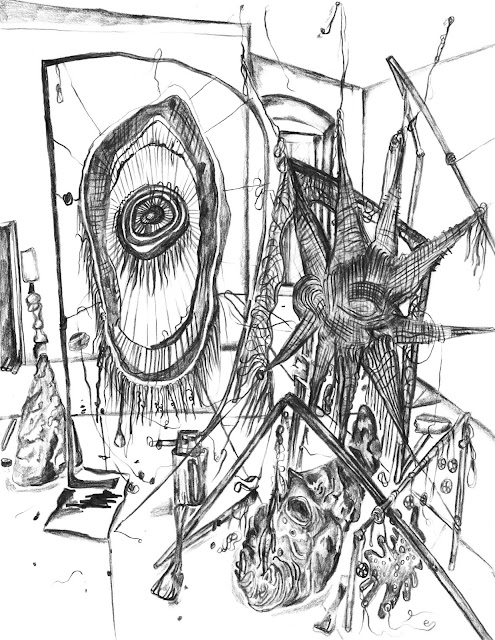 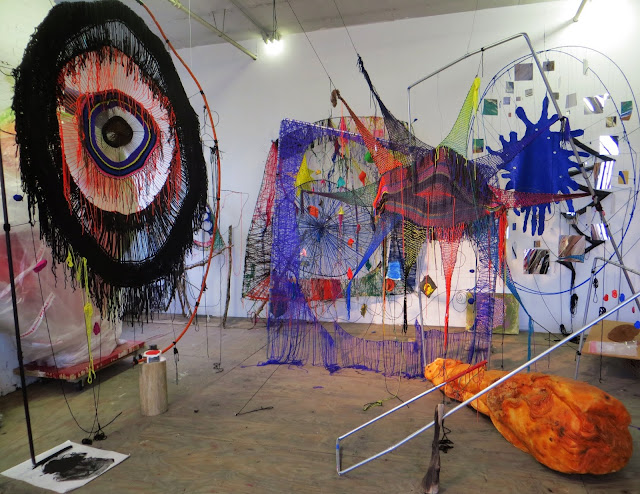 Segre's sculptures act like portals to a more colorful universe, one where psychedelic afterimages hold fast and giant boulder-like carrots roam the land. Less than a year ago Michelle set up shop in a new studio in the Bronx, but to me it seems like she has been working there for all of her artistic life. Evocative forms emerge from every lap that her materials make around the often visible armatures she uses to build her work on. Suspending our disbelief of material strength, large forms are attach to one another, or the ceiling, by mere strings. I imagine these forms exchanging energies through their attachments or talking to one another as if speaking through a tin can telephone. Segre often repurposes older works by disassembling them and reusing parts in newer sculptures. It made me think of propagating a jade plant from a single leaf. We spoke about how her sculptures operate in and out of the studio; once set against the stage of a white-walled gallery, each pulsating element of her linear circuses stand out. But I am glad I was able to see them first in her studio — being the earth they were grown in. 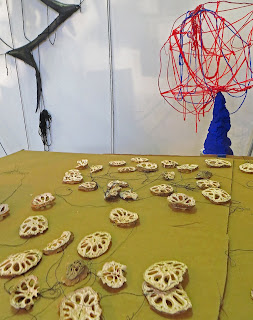 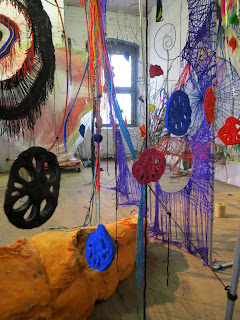 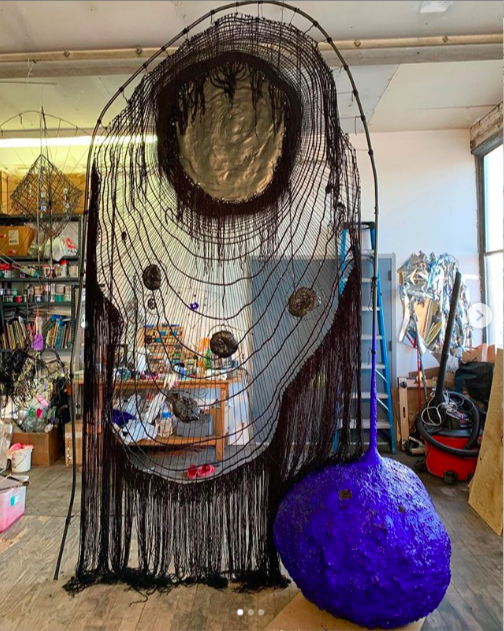 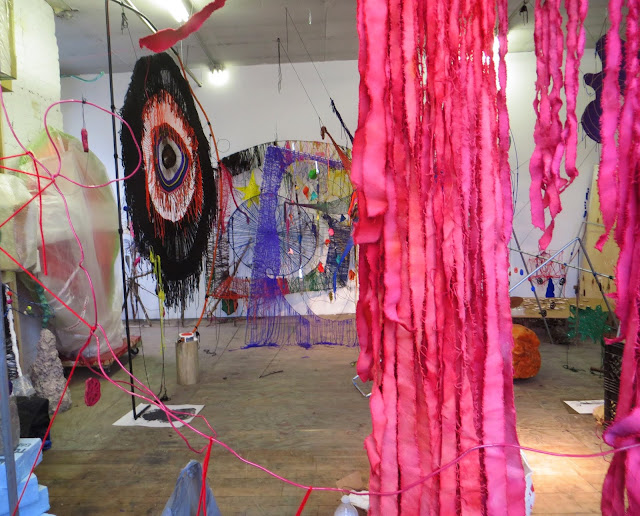 What a perfect visit for picking up Pencil in the Studio again after a year and a half hiatus. My time with Michelle reminded me of all the good things that come from living in NYC and being a part of the art community here. Don't miss the three shows Segre has opening next week. A two person exhibition with Julia Bland at Derek Eller opens on Feb. 6th and the group show titled "All of Them Witches" organized by Dan Nadel and Laurie Simmons at Jeffrey Deitch in L.A opens on Feb. 8th. Michelle also curated "Cult of the Queen Crimson" at Ceysson & Benetiere, opening on Feb. 5th. To see more of her work go to http://michellesegre.com/.
Posted by Maria Calandra at Thursday, January 30, 2020 No comments: