Sometimes the best way to get to know someone is by spending a little time with them on the dance floor. That is how I was first introduced to the sculptor Rachel Beach. Beach and I became increasingly dedicated to dance as the hits piled up at a studio party in Bushwick a few years back. By the time "Raspberry Beret" came on I was sure that I liked her as much as I already liked her sculptures. Just a few weeks before the end of the Marie Walsh Sharpe Space Program, I made a visit to Beach's year-long studio in Dumbo. Final coats of paint were being worked out on the surfaces of her larger pieces, while her smaller sculptures stood tall in the background like a tree-lined horizon. Rachel makes use of every inch of her studio. I hopped from one corner to the next, careful not to disrupt her workspace, while I acquainted myself with her lengthy processes and we began our day of drawing and talking things over. 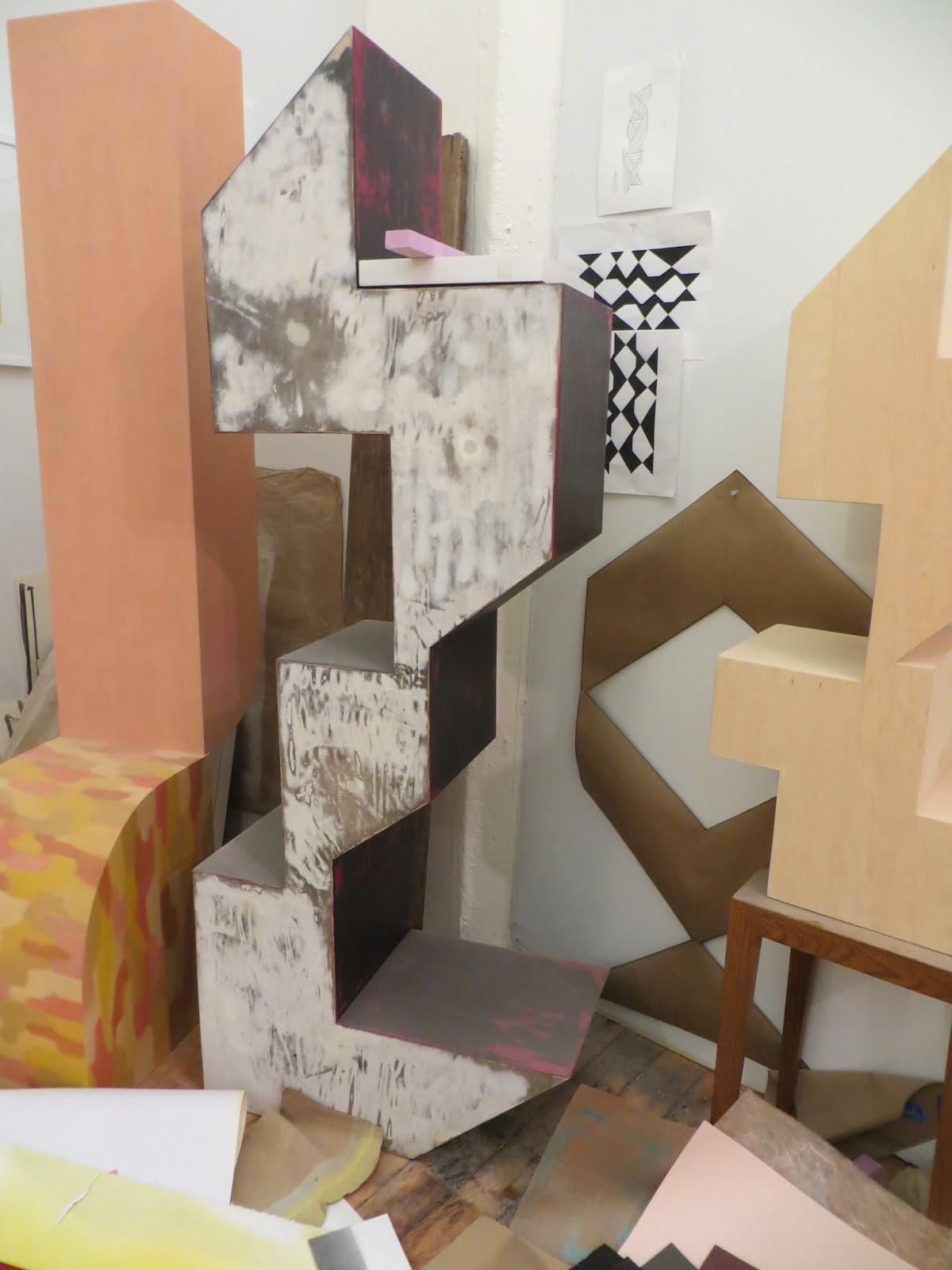 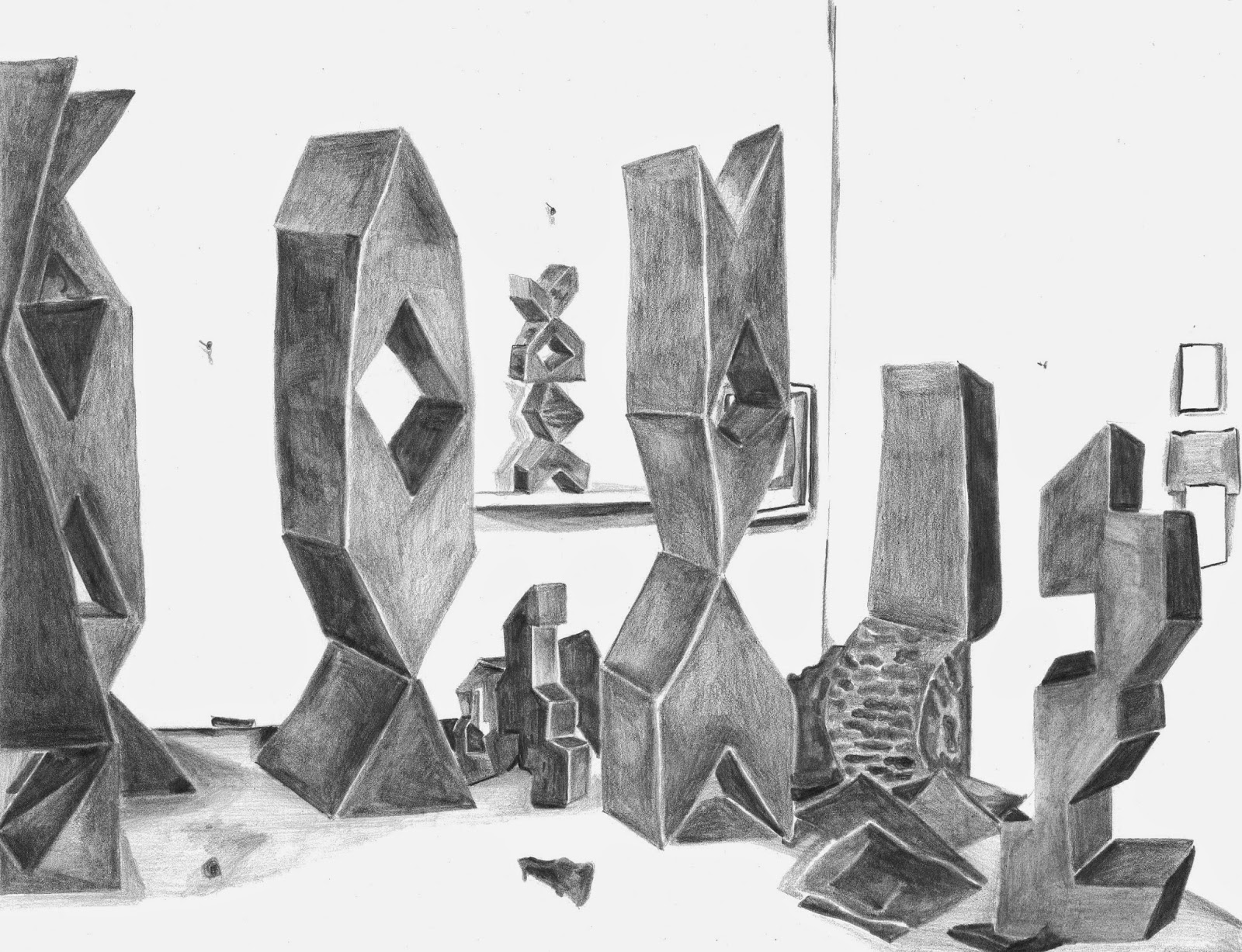 The relationship Beach's sculptures have to painting became a jumping off point for me while I traveled in and around them. I relish her exteriors made up of saturated, punched-up colors, worn away pigments, and bold geometric patterns —sometimes to optical effect. Although these painted compositions are placed in a non-illusionistic space— like much of geometric abstraction — the object that plays their host is not an illusion at all, but an actual three dimensional form. In some ways, I see her giving the apparition that is non-objective painting a body to live in (or on). I found myself spending a lot of time tumbling down the subtle slopes of these forms, imagining my arms unfolding through their inviting passageways and stretching to the top of their seemingly precarious stackings. At one point I watched Beach affectionately hang on one of her unfinished works as she explained to me the care she takes in their compositions and in their structural crafting, arrived at through countless drawings and lots of math. It was then that I fully grasped the connection the work has to not only the architectural space around it, but also to the body of its maker. She is enabling something that is born on paper to live among us with prominence and weight. 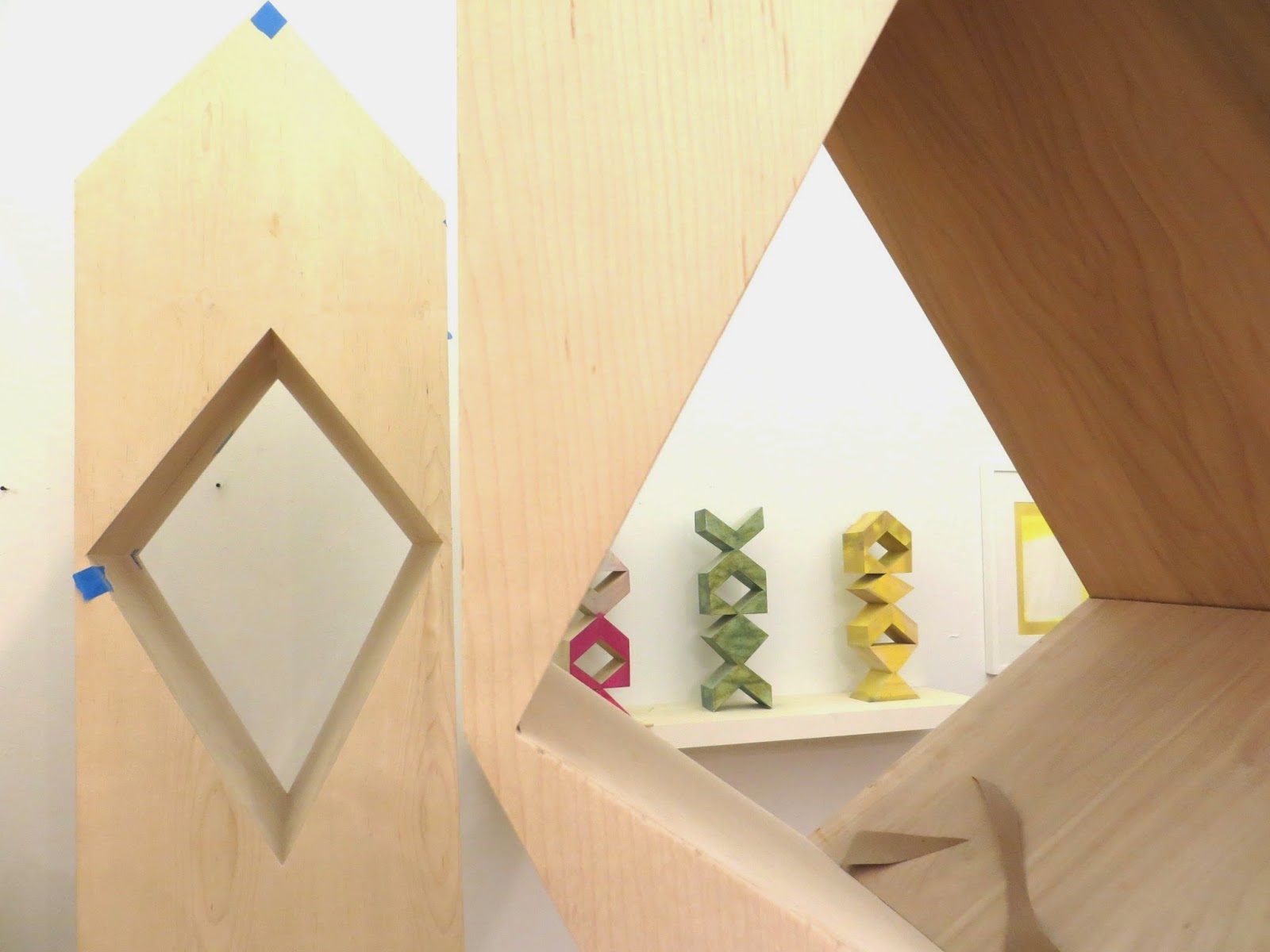 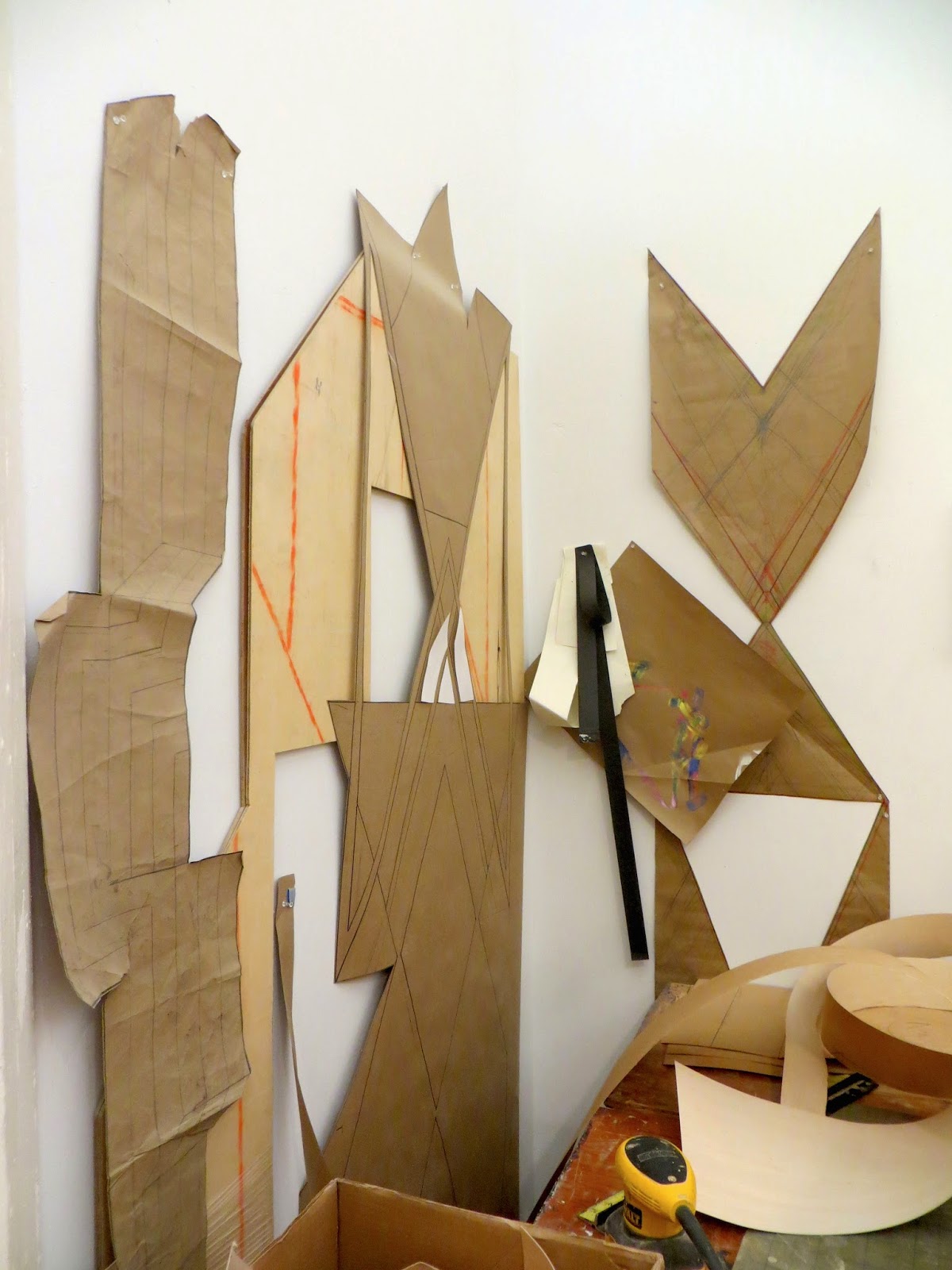 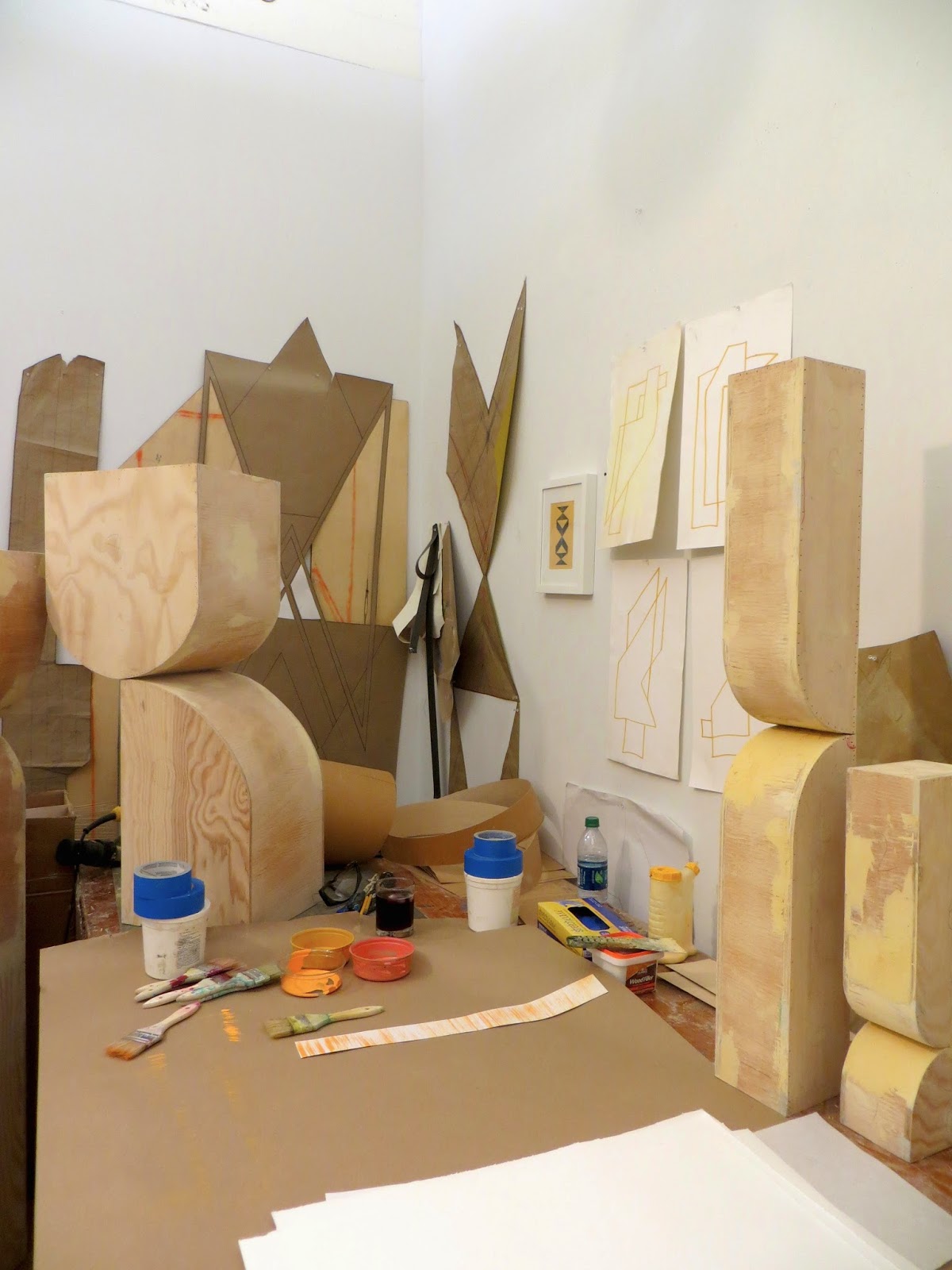 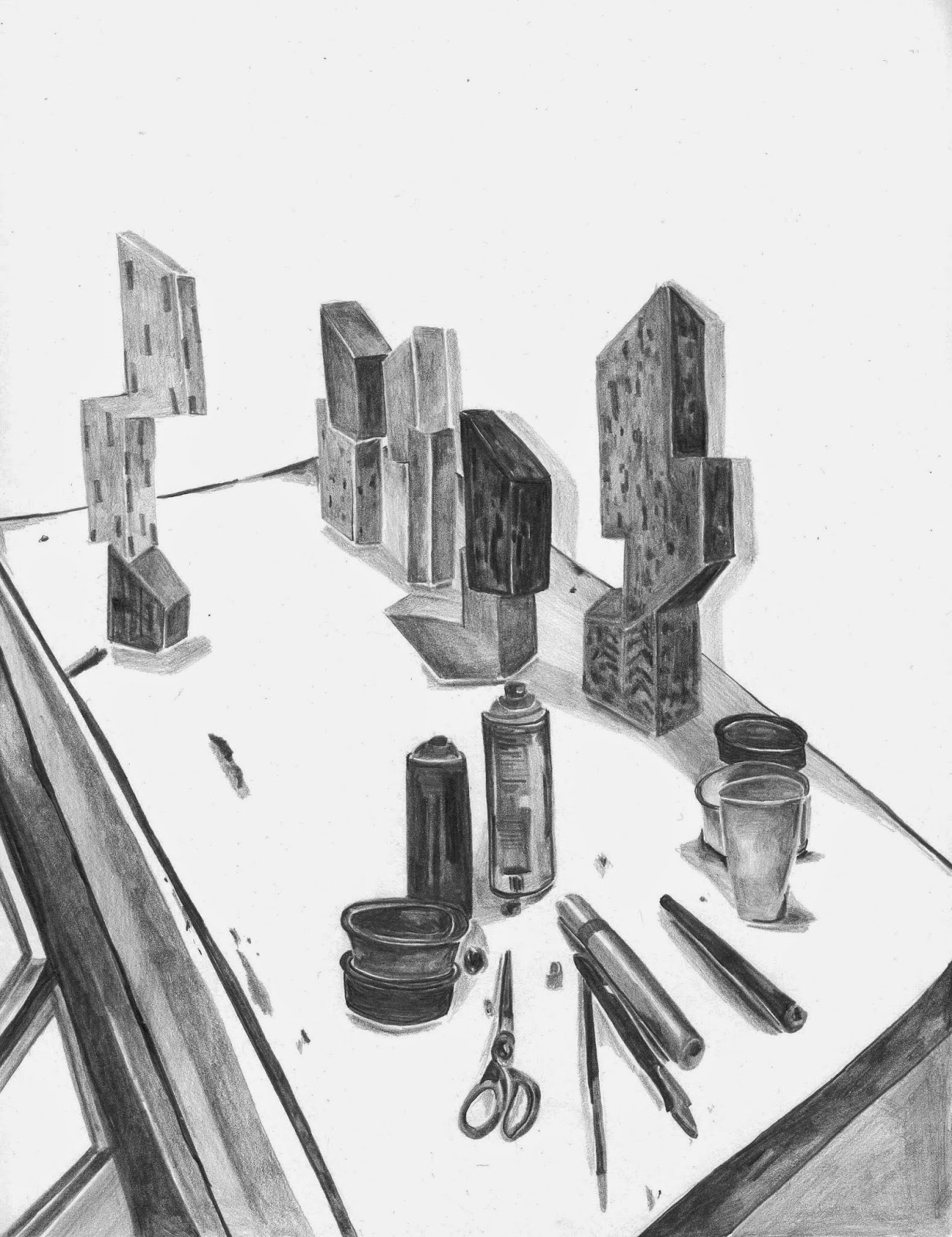 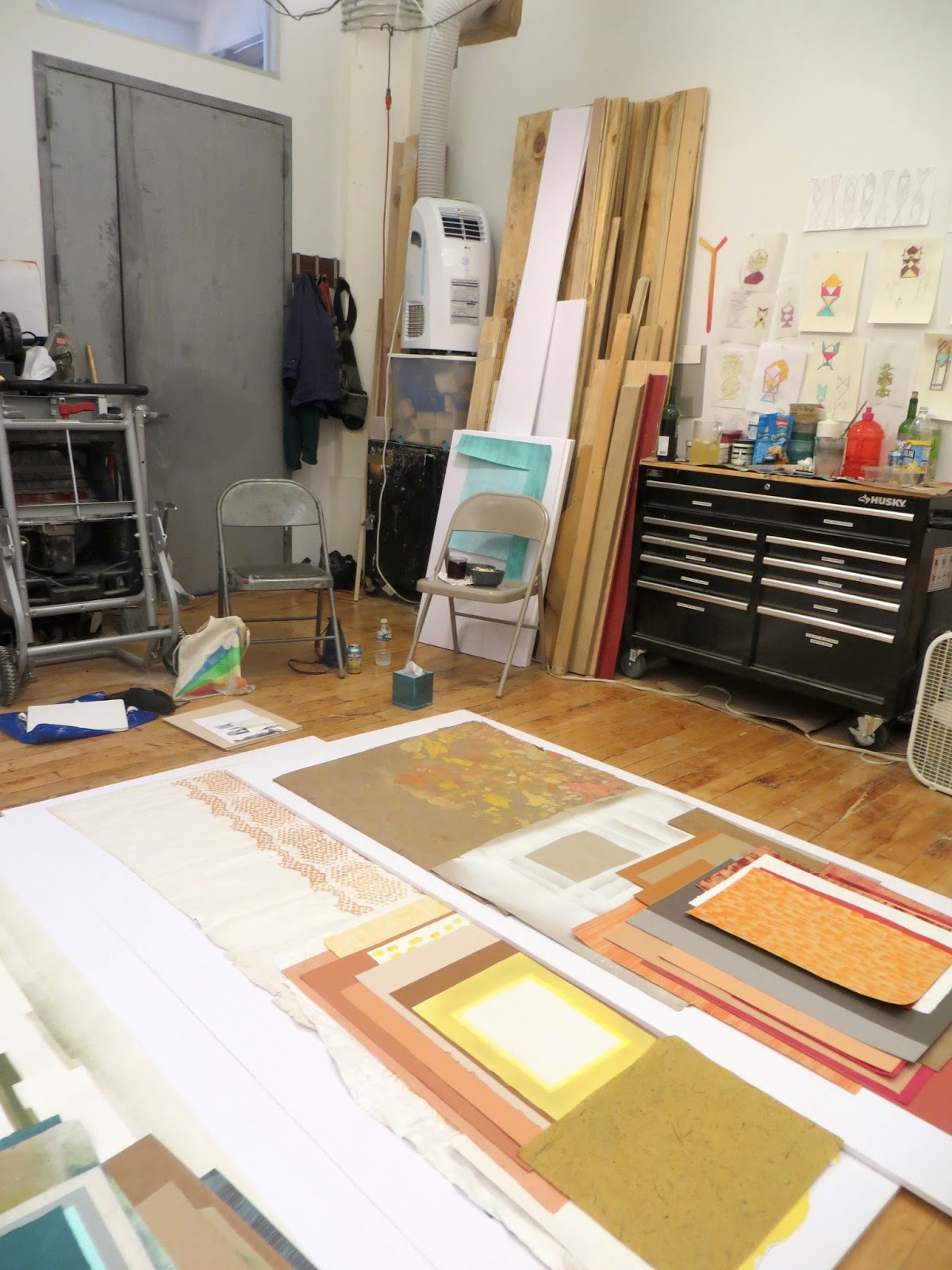 Like many of my visits, Beach and I talked about what it means to be a female artist, and the particular difficulties of being a female sculptor. She told me humorous anecdotes about the occasional advise men have given her on how to use power tools despite her obvious mastery of them. It left me in hysterics and disgruntlement. After Marie Walsh Sharpe, Beach will be moving on to a final and permanent studio. She was one of the artists who tragically lost the most during 2012's Hurricane Sandy and is amazing what she has done and made since. Beach just had a solo presentation at this year's Chicago Expo with Blackston Gallery that looked fantastic. To see more of her work go here: http://rachelbeach.com/Projects/Projects.html. 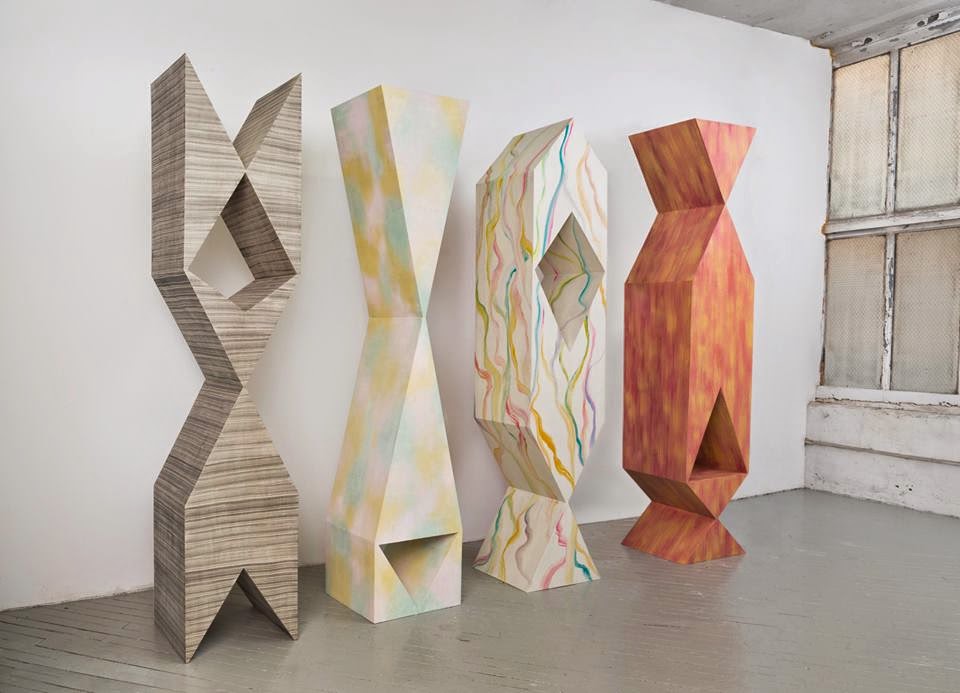