Before summing up my studio visit with Elizabeth Glaessner, I took a look back at our scheduling exchanges which started roughly in January of 2017. The subjects that came up in our messages included trips to DC, protest sign-making parties, and general expressions of stress and horror. In the end, I dropped in on Glaessner twice to draw and a handful of other times just to say hello. Her solo show opens Jan. 6th at PPOW Gallery and I prized seeing the journey towards it she was making. But there is another reason I kept coming back; Glaessner exudes the calm, confident kindness that I longed for over the year. And the figures in her work — tenacious, large female forms that twist in and out of positions that are at once tender and dominant — reminded me that women hold the greatest power. Both in our revelatory imaginations and our ever evolving realities. 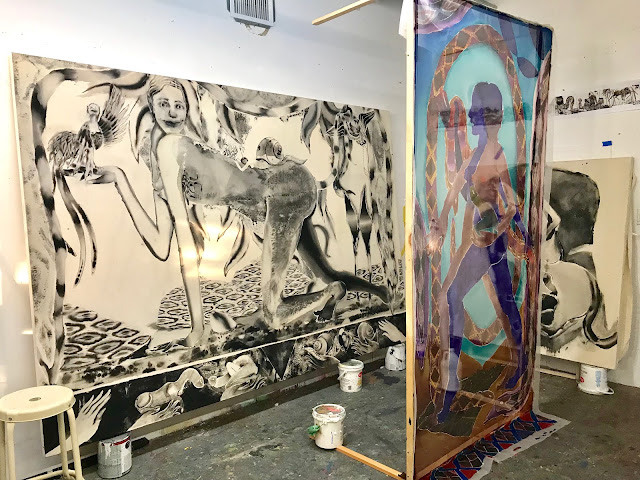 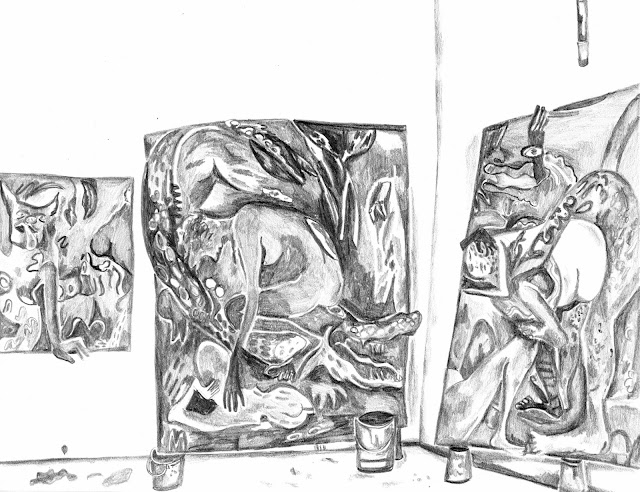 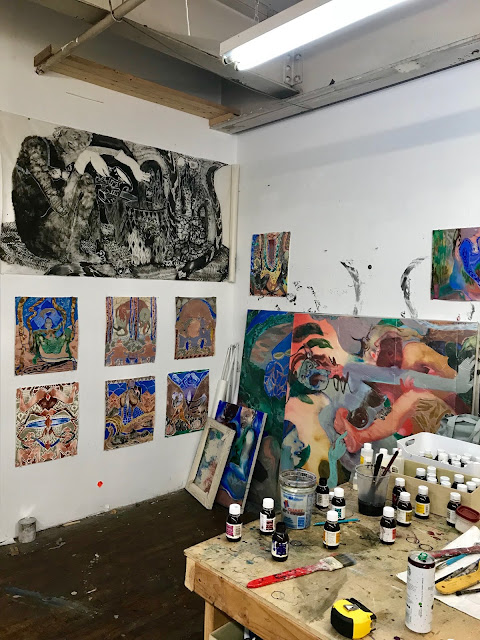 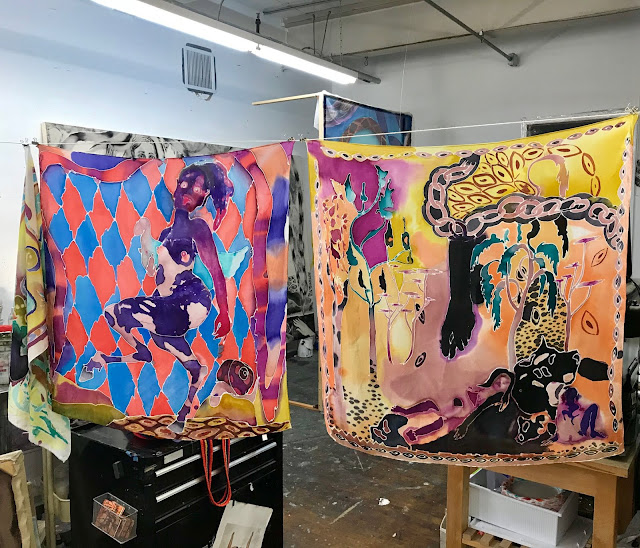 Exotic birds with angelic female features perch atop a crawling woman's fingertips while two snails morph into human torsos as they embrace in silhouette at her feet. On another canvas, a female figure sways while straddling an algae green gator — they seem to share their fortitude, almost becoming a single superpower. Glaessner's reality fuses the ideas behind familiar mythology, her own personal history, and the imagery of ancient civilizations. Without a clear representation of a male figure in her fantastical world, it is fauna, animals and gender neutrality that tell the story and point the narrative's moral compass. Glaessner uses brilliant blues, desert sand yellows and eggplant purples in all-over patterns, isolating the bodies' giant shapes and lengthy gestures. In her show, she will have several larger than life hanging silk paintings whose vibrant hues alter in intensity depending on what angle they are seen from. These transparent screens will interact with the works behind them, changing the viewer's experience by not only adding another layer to the paintings' surfaces, but also to their narratives. Glaessner's figures live in a reality that is nonpartisan and without patriarchy, that brims with the vibrancy of the natural world, where they cavort and wrestle with its creatures without malice. A place I would rather be in 2018. 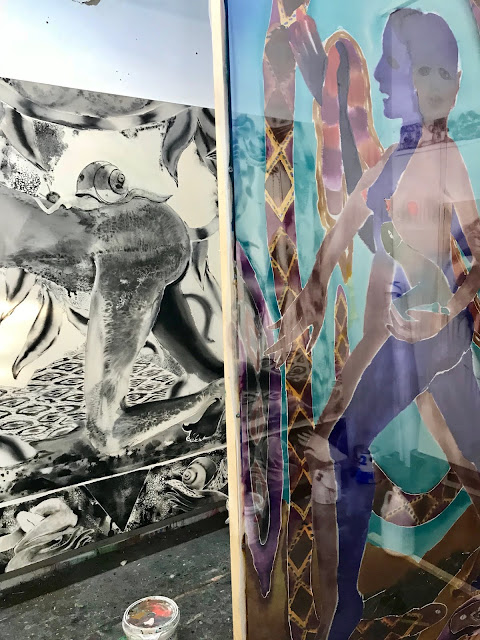 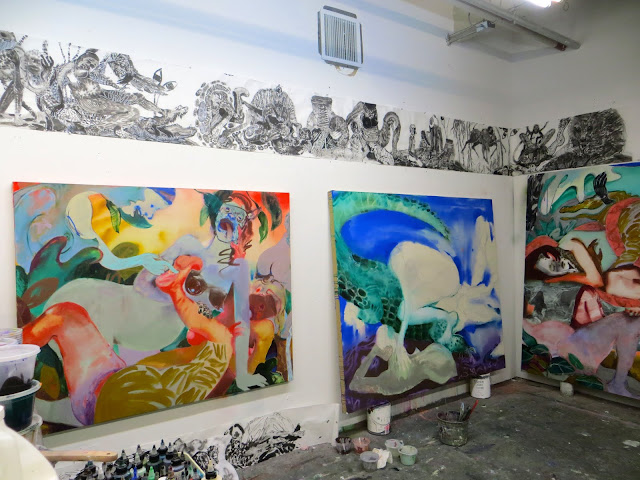 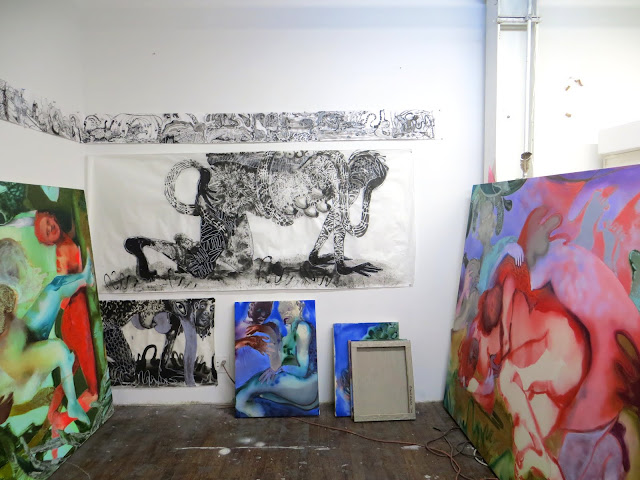 This weekend at Liz's opening, one of the first in the New Year, I am excited to celebrate her work and add another friendship and studio visit to long list of bad ass women I have drawn over the years. To see more of her work go here https://www.elizabethglaessner.com/ and don't miss her show at PPOW gallery up through february 10th.

Posted by Maria Calandra at Friday, January 05, 2018 No comments: