Driving under the excitement and relief of the open California sky, I made my way down CA-210 this past March from LA to Joshua Tree. About a half hour outside of our destination, my husband and I started spotting the storied trees themselves. Some of them live to be a half millennium old, and as they twist and turn between a tree, a cactus, and a dancing Shiva, their powers felt intoxicating. Blooming while we visited, their sweet scented waxy green flowers set against the cerulean dessert sky like a vision, waving us into the Mojave. A year ago, I ran into Ryan Schneider in NY at an art fair and he told me that he was spending the winter in Joshua Tree. His eyes and heart seemed wider than usual and he continued on to tell me that he wouldn't be coming back. Having always wanted to go there, I then made it a goal to visit him before the next year was up. His recent work, incorporating the mysticism of trees, the female form, and the heavens shining at night, seems to have found its home in the desert of California. And so has he. 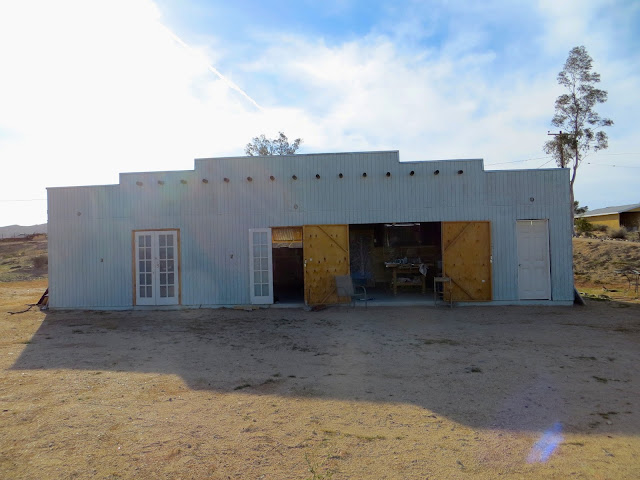 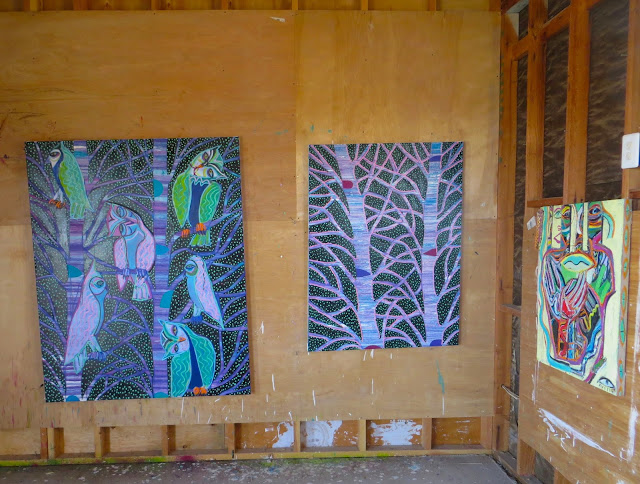 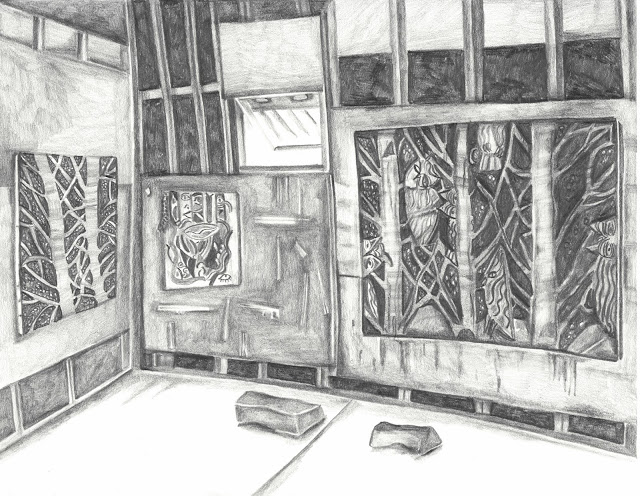 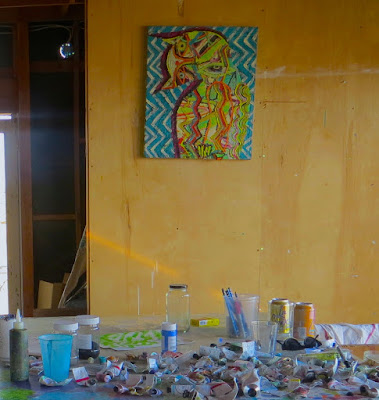 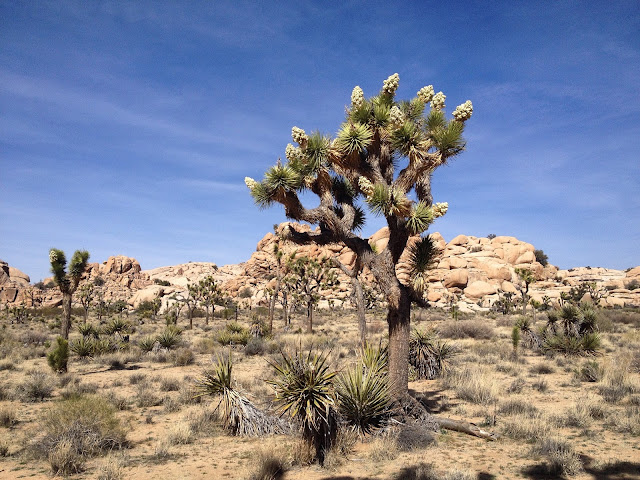 Magnetic sets of eyes stared back at me while I drew, encouraging my concentration. Wise, bright
and curious in their posturing, Schneider's feathered friends winked like the tiny stars that peak-a-boo through the canvases' kaleidoscopic under paintings. As the shape of the owls merged with the patterns of the tree limbs, I was reminded of the harmonious balance between the natural world and nighttime, peaceful, but vibrant, just like Ryan's paintings. Schneider's solo show, which opened at Gerhard Hofland in Amsterdam last week, highlights both his nocturnal tree paintings and his figurative works. The figures bend and arch, much like the native Joshua trees surrounding his studio and imitate the curve of a boulder or a desert horizon line. I relish in the saturation and potent contrast of the colorful lines that repeat around their forms. Parts of Schneider canvases are built up, allowing the oil paint to slowly build a strata, crusting up layers like the earth. He explained that when he started to work in the desert, he battled with the sand that would collect on the paint after the wind had blown. Succumbing to the desire of the desert to become one with his paintings, he then began to occasionally add the carcass of a Joshua trees to their surfaces. 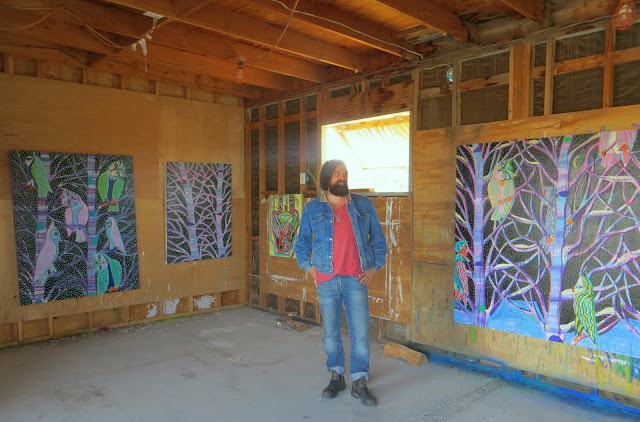 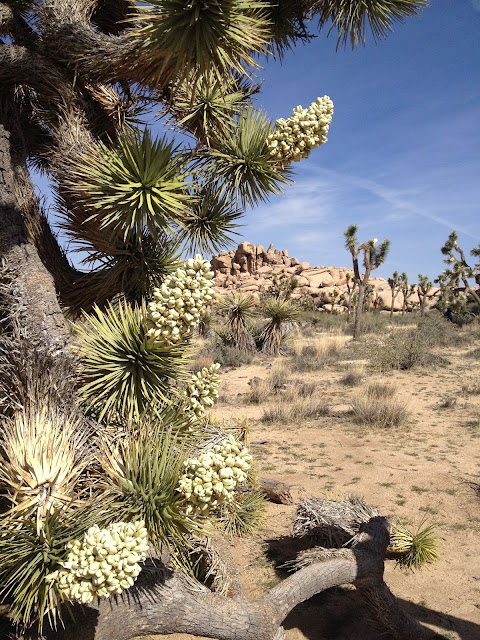 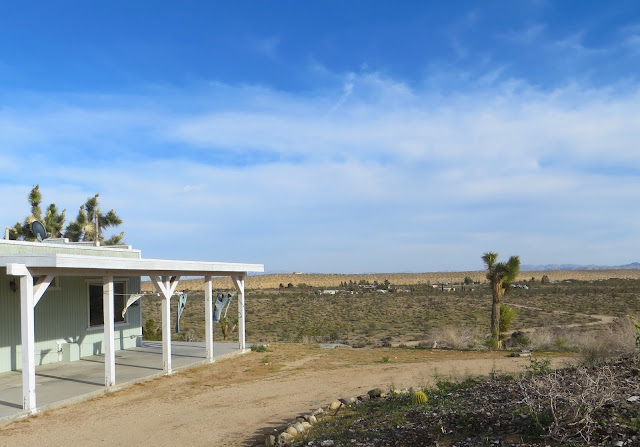 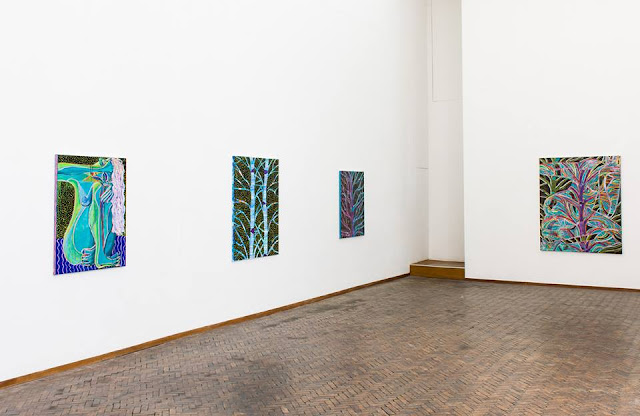 Just before sunset, we hit the road to head to a popular out of the way road house for dinner and to watch the Sunday night house band. The food, music, and conversation was typically Californian and exceeded my highest expectations. The whole experience was as surreal and celestial as Schneider's paintings. That big sky satiated my desire to draw the studios that live beyond city limits and is begging me to do so more often. If you are in Amsterdam please go see Ryan's solo show "Speak to Me, Tree" at Gerhard Hofland, up until April 23rd. He is also in a group show this New York this June at Taymour Grahne Gallery.  To see more of his work go here http://ryanschneiderart.com/