My first visit was to Erik den Breejen's studio in Bushwick. This was before I even knew this was going to be a project. One cold Sunday afternoon I decided to come by, hang out and do some drawings of his space. We often like to work together on Sundays. It dawned on me that this would be a great way to do studio visits. Both artists are concentrating; conversation comes sporadically and with ease. No questions, just talk. All while they are making, or fusing, or rearranging. Plus, I totally love drawing other peoples' studios. These places are so specific and weird and spatially fucked up. I should take this show on the road, I thought. So here is my first post. 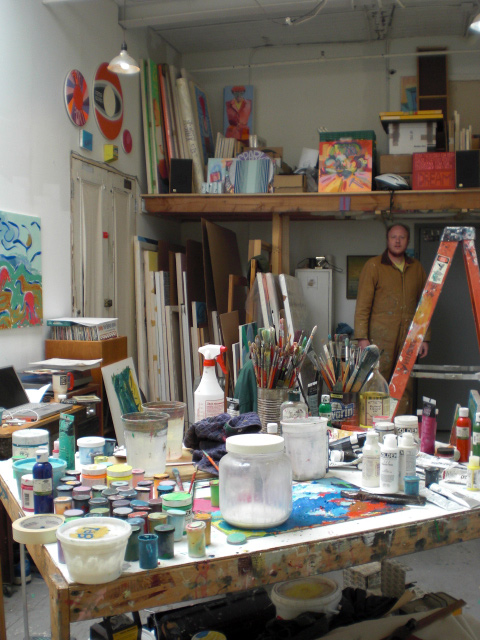 Erik: One of my teachers gave me this butter knife when I was an undergrad, it is like my lucky charm of painting. I use it to scrape out paint cans.

We listened to a lot of The Beach Boys album Little Deuce Coupe. 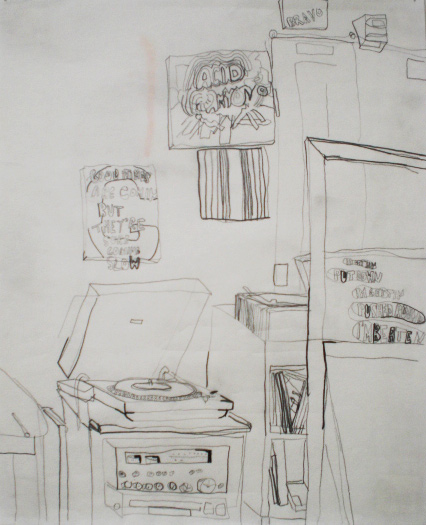 Erik: They took all their previous songs about cars and put it on this album and Brian Wilson had to write eight new songs and they recorded them all in one day. It became a car concept album.

Den Breejen is currently working on a new group of paintings about the lost Beach Boys album SMILE. His work is full of text, rich imagery and vibrant color. His energy level is through the roof, moving from piece to piece and album to album. He is always asking which album I want to hear next or what kind of music I am in the mood for.  Generous DJ. His knowledge on the subject of music and art never ceases to amaze me. You can see it in his paintings.
find more of him at Freight and Volume. 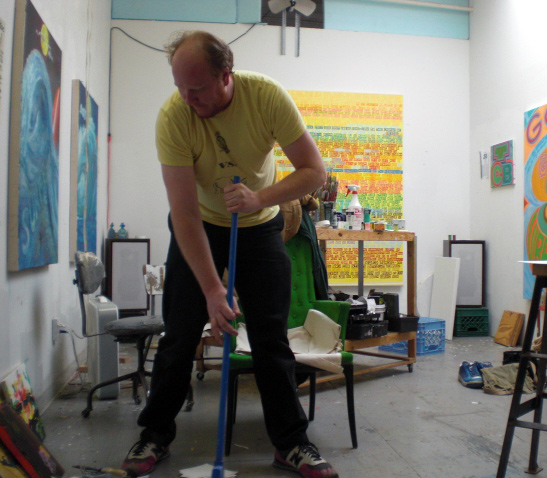 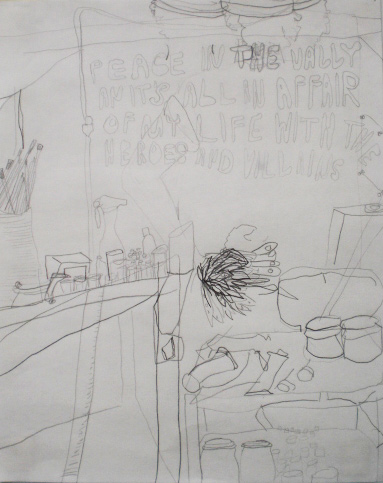 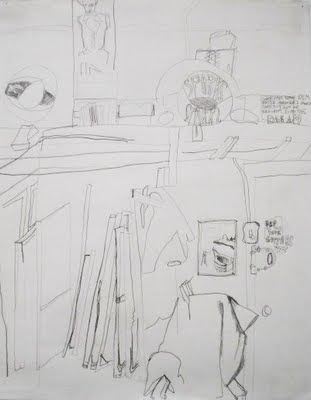 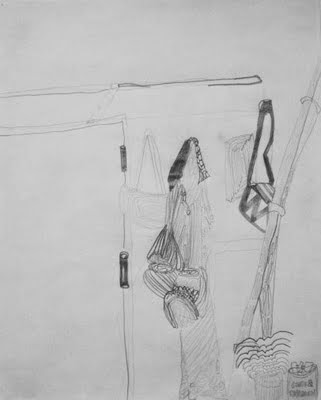 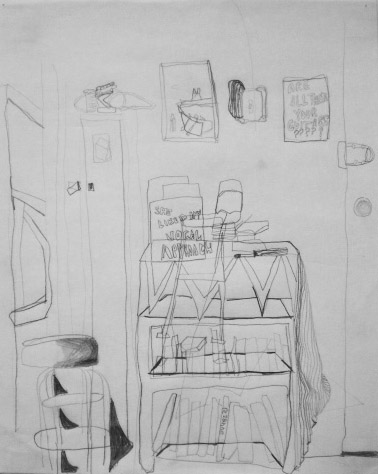 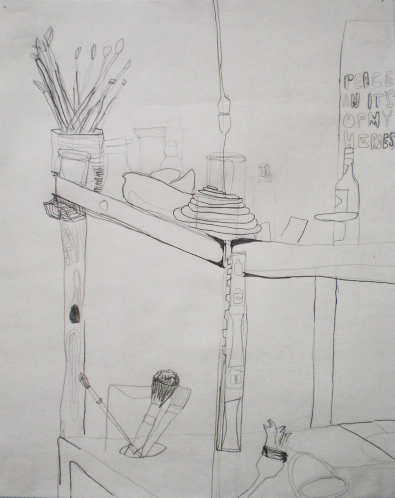 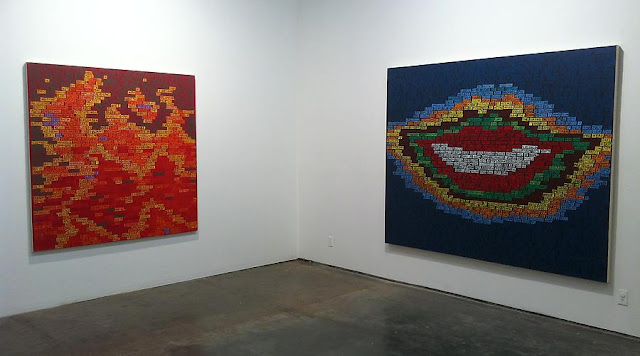 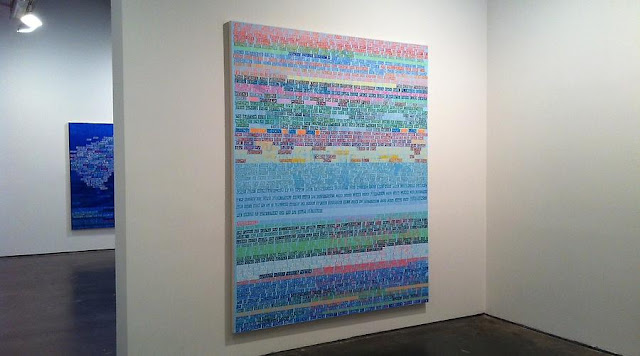 I am adding to the very first post I did many months later to show a couple of shots of the solo exhibition at Freight and Volume that Erik was working on while I visited his studio. It was so wonderful to see this glorious body of work in its completion. Out of the studio and into the gallery, the paintings proved extremely powerful. A true and impressive reflection on the SMILE album. Go see it before it is down December 14th, 2012. To see more awesomeness go to http://erikdenbreejen.tumblr.com/.