Just up the street in my neighborhood of Williamsburg I did a studio visit with Joshua Abelow. I first met Joshua while drawing the installation of GOLD RECORDS, a show at ART BLOG ART BLOG, the space he is currently running in Chelsea. I have seen his work around town for awhile now, so it was with great pleasure that I dropped by his studio for a chat and a drawing session. Abelow's paintings and studio go hand in hand; both are approached systematically and with care. I just got the best vibe down there in his basement space. 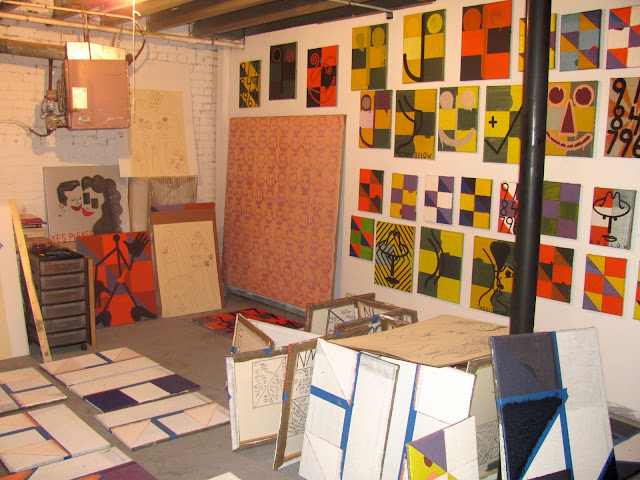 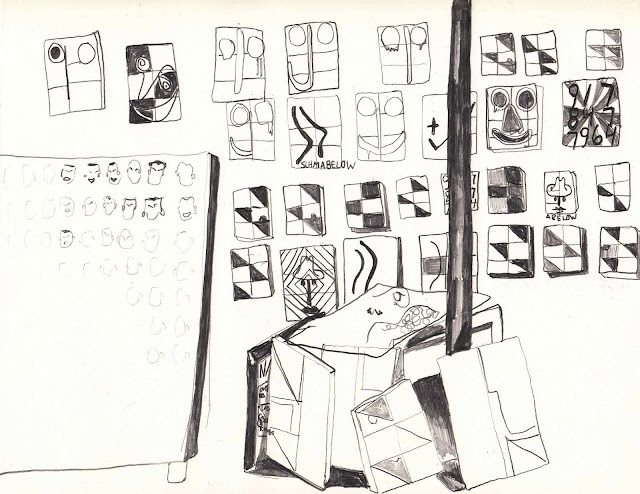 His work brings to mind familiar painting traditions without feeling stuffy or contrived. Instead, it feels incredibly alive. At first glance, his medium to small sized paintings on burlap seem similar to one another, but on closer viewing they become individually captivating. I instantly became intrigued by them. Abelow went into detail on how he arrives at the color combinations that he uses in layers on his paintings. He has been keeping a journal of these combinations for years, making notes of the ones he likes the best. On the back of each painting he also writes down the particular combination he has used for it. Like a mathematical equation he can quickly go back to if he ever wants to replicate the paint's effects. 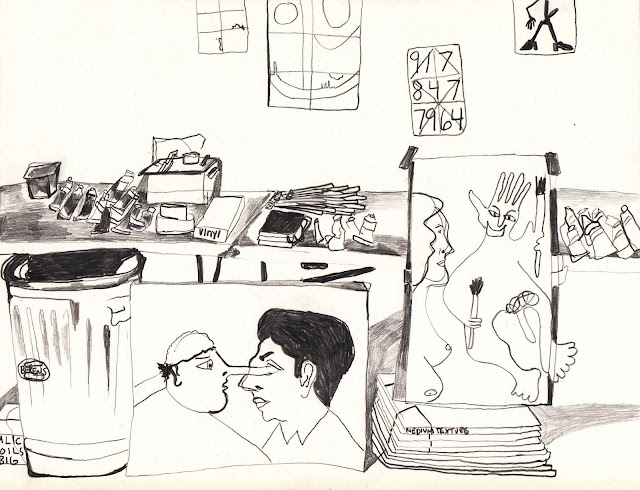 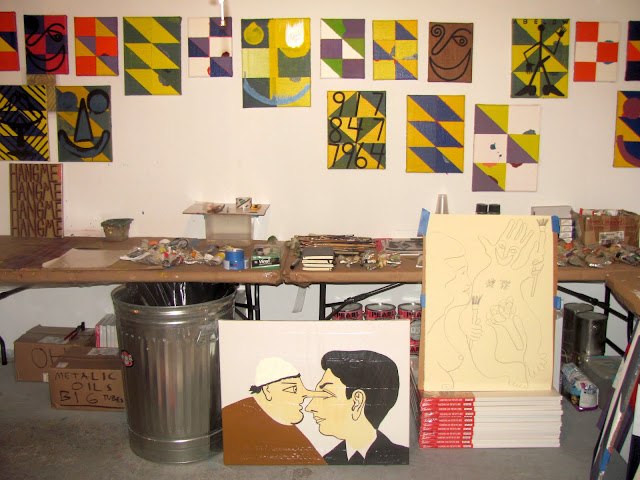 Abelow's drawings also play a major role in his practice. He has developed a comedic character loosely based on himself that he draws in different scenarios. This references the artist ego in a jokey lighthearted fashion that really hits home; it is humorous, but also true. He also looks to various images he has found, from stills of a film to things he has stumbled across on the Internet, for other characters in the drawings.

Joshua: I think an artist can be a transmitter and receiver of information.

Joshua: Do you know the book, Peter Halley: Utopia's Diagrams? I read it when I was 22 and I still think a lot about the content of that book in relation to my work.

Parts of the drawings are also layered on top of some of the paintings. Or Joshua may simply refer to the artist character in the drawings by writing his phone number over a painting, a farcical way of restating himself as the artist making the art. 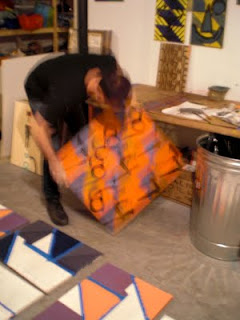 Here Abelow shakes a canvas to create a wind blown effect on the numbers he has painted on top of it. 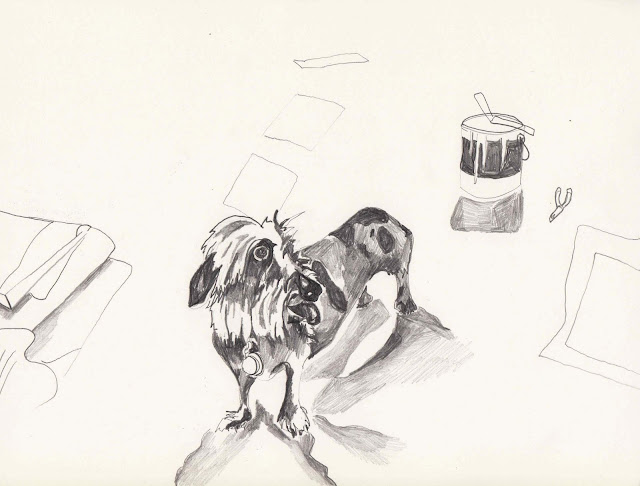 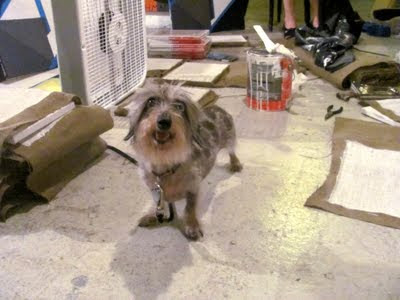 And then there is Georgia, his lovely little dog that he has been making art next to for 7 years. I just couldn't resist doing a drawing of her. 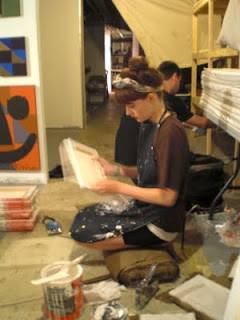 Abelow's intern, Carlijn Potma, preparing some canvases for him. It was great meeting and talking to her as well. Here is her blog http://journalofthelikeminded.tumblr.com/.

At the end of the visit we parted ways until we met up again at the opening of Ctrl Alt Delete, a show put on by HKJB. It was terrific to get to know Abelow and his work in such depth. Fab visit! To check out more go to http://joshuaabelow.com/images.html. Or go to James Fuentes LLC to view the installation of the show he had there in January.
Posted by Maria Calandra at Sunday, May 29, 2011