My next visit was with artist Mernet Larsen in Jackson Heights, Queens. I have known Larsen's work since I was about three. She was a professor of art at the University of South Florida for some 35 years, where my father was teaching theater. Larsen has also taught at a handful of other universities: Yale, Montana State, and the University of Oklahoma to mention a few. It was quite something to come to her now as an adult and fellow artist. Not only was it exciting to see her second studio in Queens (her first being in Tampa, Florida), but such a thrill to hear of her travels, teaching experiences, and memories of an earlier New York City art scene as a participant of the Art Students League and beyond. 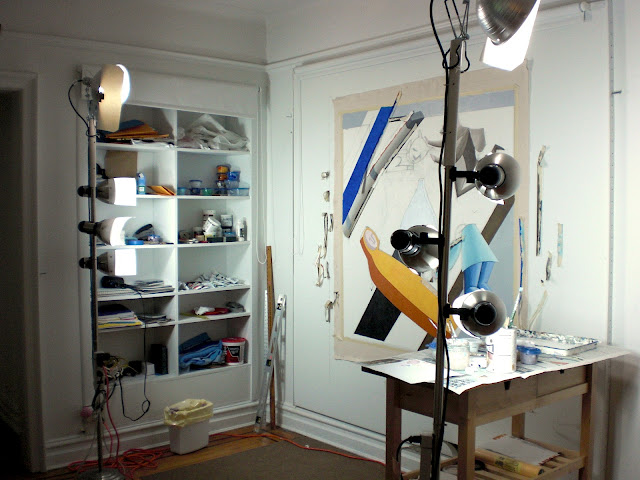 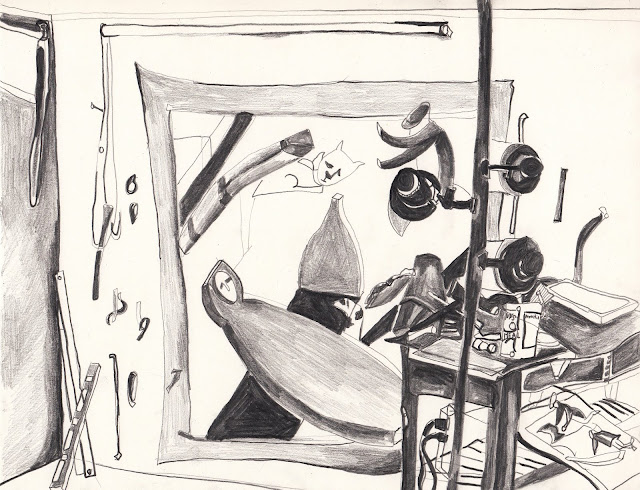 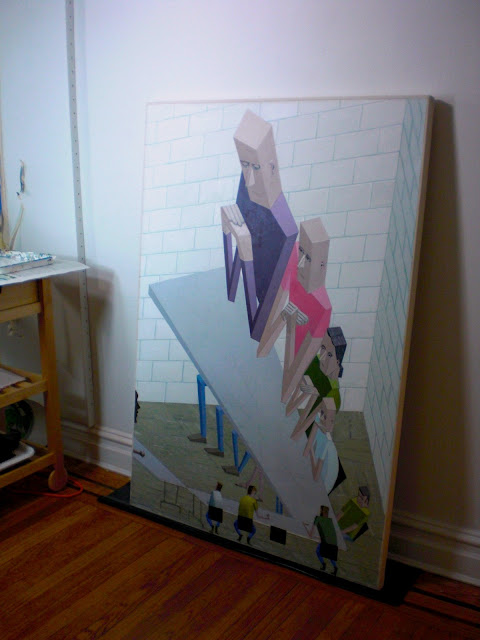 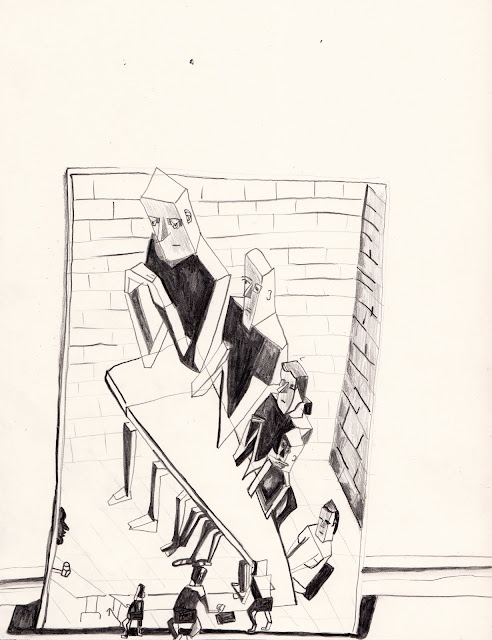 Mernet's current work is, among other things, a humorous and unadulterated look at what it has been like to be involved in academia for as long as she has. Often, her paintings use a more than confusing and extremely engrossing two point perspective. She leaves the viewer at the end of the vanishing-point by putting the larger figures in the back of the space and the smaller figures in the front.  It somehow tricks the eye into thinking this is how the space actually operates, a visual flip of what we all know to be correct perspective. The viewer becomes an almost invisible part of the equation, having no place at the end of the vanishing point. It made me feel like there was no right position to stand in while looking at the paintings. Maybe there is also no right position to stand in while attending a committee meeting? Ha! 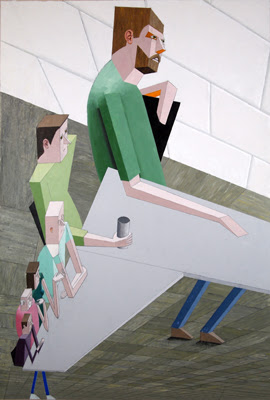 Larson: I am still using the same book I have been using since 1985.

A lot of the perspective space she uses in her paintings have been taken from art images she has found in a handful of books she had gathered from her travels to India and Japan in the 80's. For example, one book she showed me was of japanese scroll paintings. She considers herself to be using the techniques of a Rorschach test to find spaces within the paintings that captivate her. Larsen does this by flipping the books in all sorts of directions and staring at the image until it starts to become something other than what it is. She has been using this technique for some 25 years. 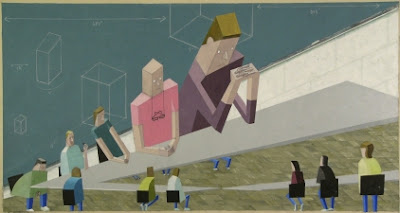 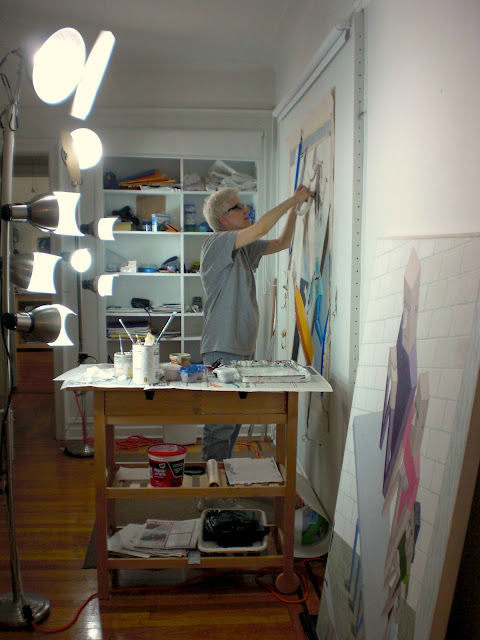 It was such a delight to spend the afternoon there in Mernet's studio settled in the beautiful tree lined streets of Jackson Heights. Reconnecting with her and re-exploring her multiple bodies of work was a truly joyful experience. If you have the chance, please visit Vogt Gallery in Chelsea where she is currently in a show, The Fitting Room, curated by David Cohen. Also check out more of her totally fantastic paintings here http://www.mernetlarsen.com/.
Posted by Maria Calandra at Sunday, June 19, 2011