I visited Elisa Lendvay's studio most recently. She has a space in Greenpoint in a building chock full of artists. When I first thought of doing this project Elisa was at the forefront of my mind. I had found her sculptures loosely entering my painting which sparked the idea of drawing the work I am drawn to. It was just as I had hoped it would be when I entered her space. Shelves overflowed with sculptural artifacts, grouped together as though they were lined up to be studied, the floor scattered with stacks of flat constructs, large freestanding pieces in the center of the space hit with sections of bright color, and walls jutting out with painted forms having been arranged just so. All of the work appeared animate in its liveliness. It was begging for a still-life rendition. 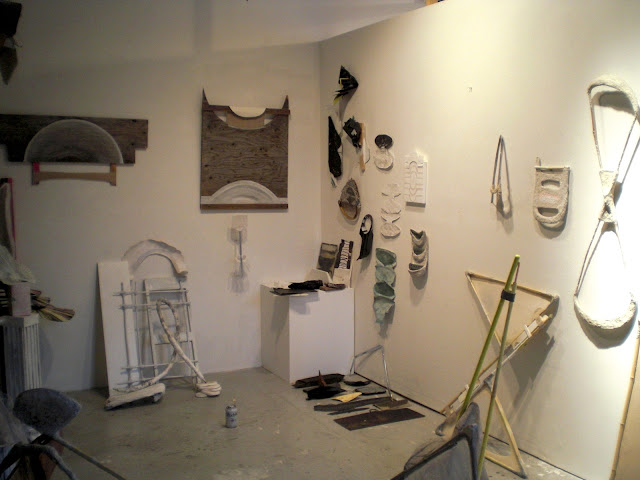 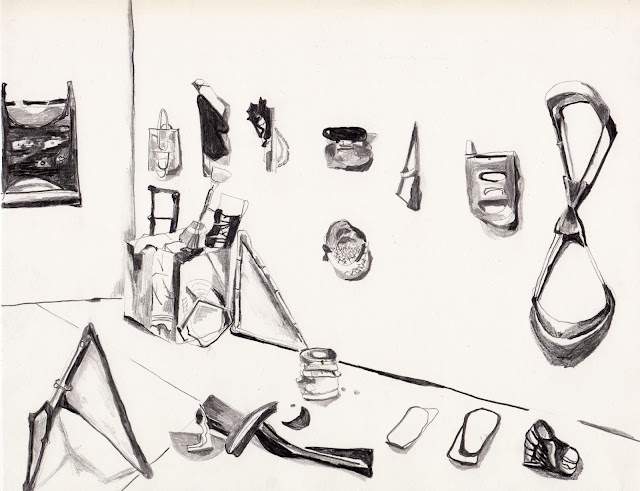 While I was there Elisa showed me what she had made while staying at the Albee Foundation residency in Montauk for the month of August. I immediately saw the residency's proximity to the ocean as an influence on her newest work. The work, with its cool whites, winding structures, and fence-like shapes looked salted and worn. Elisa, sometimes using found objects and often constructing things under the influence of the shapes she has gathered in her mind and studio, tells the story of a moment, a memory, or a single thought. She depicts these ideas by using repetition of form, color, and material almost obsessively as though it were a song she can't get out of her head. Currently, she is using a scalloped, shingled, or echo repetition in different aspects of her work, be it sculpture, painting, or drawing. It brought to mind sound or water waves and vertebrae. One of the materials Lendvay uses is a type of papier mâché, which adds to the organic look of her configurations. The paper mimics heavy hardened sand, but mysteriously leaves the piece light to pick up. 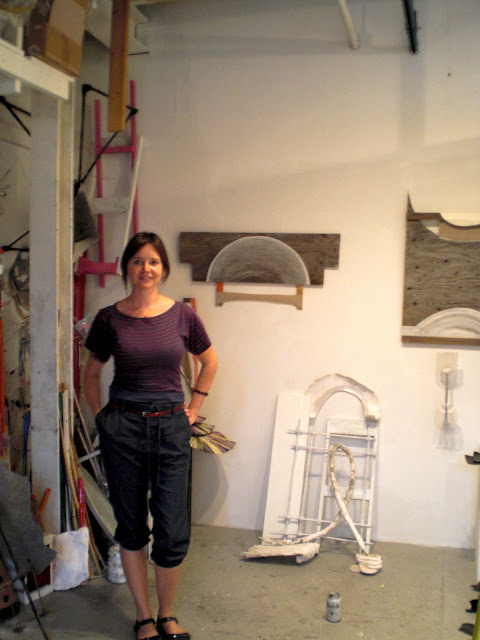 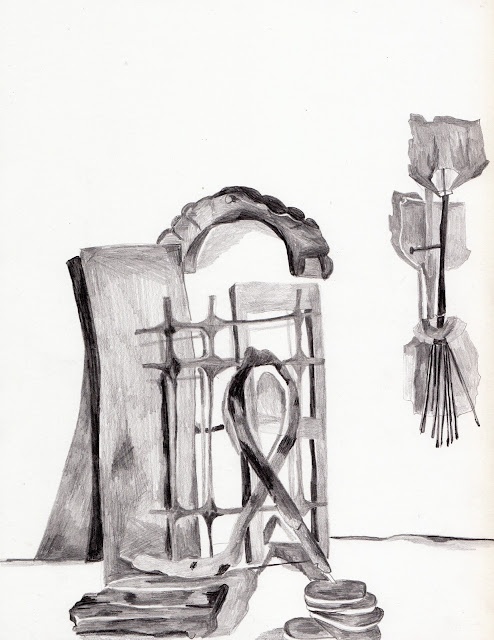 There is a special energy to Elisa's work that gives it the feeling of being in motion. It seems like if you turned your back on a piece it might move or re-adjust itself. As I as was drawing, this happened quite literally. Elisa was dancing around her space placing one thing next to another, creating and recreating an impromptu installation. She kept telling me it was almost ready. I would be drawing and at a moment's notice something would have moved,  leaving me to start on the next section of my paper. This was totally invigorating. It gave the visit a spontaneously interactive feel. She was installing as I was drawing, a race to the end of the her space's organization and my graphite filled paper. 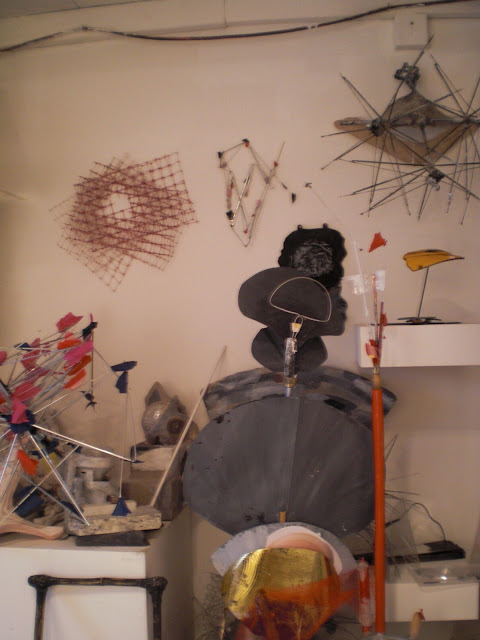 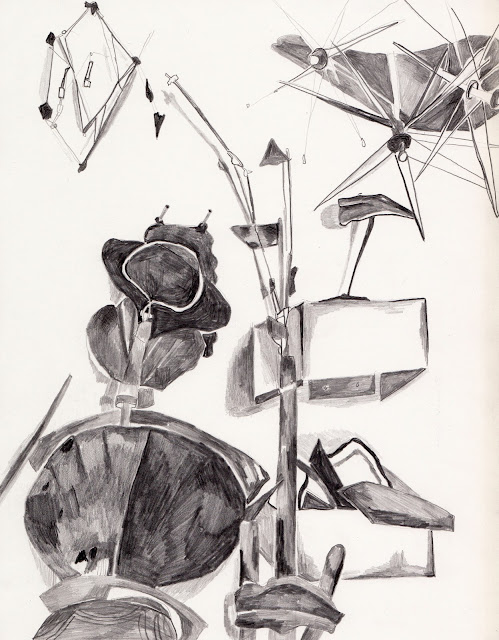 Elisa talked about the importance of moving the work around and studying one piece's interaction with another. She gathers information this way.  It felt like her studio was set up like a scientific lab, with her specimens being arranged in hierarchical structures and classification schemes. 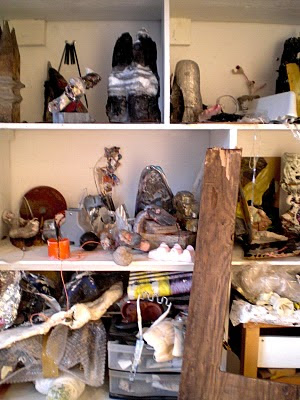 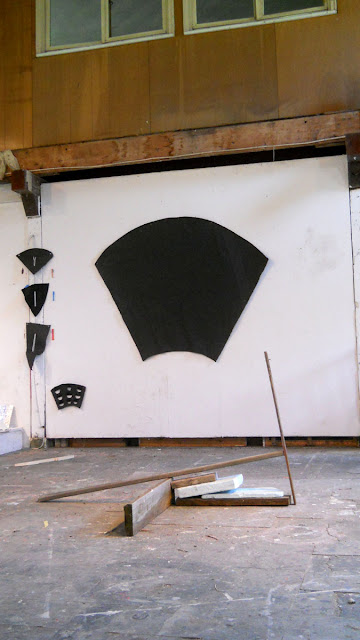 A view of Elisa's Studio at Albee
Elisa and I had a hard time stopping the chat on a few occasions so that we could get back to the art making. I missed her while she was away at the Albee residency. I was going to visit her there, but it was the weekend Irene decided to visit instead, and we thought it was best for me to not get on the train. I liked to think of her in the barn-like studio she described, hiding out with her sculptures fighting the winds, but I was glad to see her back with all her work intact ready for me to draw. Please check out more of her Elisa's radness at http://elisalendvay.com/.
Posted by Maria Calandra at Thursday, September 29, 2011