There is nothing like escaping to upstate NY in February; wintry landscapes decked out with snowy waterfalls, frozen lakes, and houses with actual backyards for building snowmen in.  Six months ago, I did just that. Winter's white adornments weren't my only reason for driving up; I also had the chance to do a studio visit with artist Carl Ostendarp. I lived in Ithaca for a couple years during graduate school at Cornell University and had the pleasure of being in the presence of a first-class painter and simultaneously having one as a teacher. After taking a brief hiatus from the writing portion of my project, I am happy to be getting back to it with thoughts on my time spent in Carl's studio. His perfectly thought-out nuances of color and highly meditated canvas configurations address the history of minimalism and also Ostendarp's own involvement in color field painting while mixing in a heavy dose of humor, timing, and optical irony. Needless to say, his paintings were a joy to sit in front of and draw. 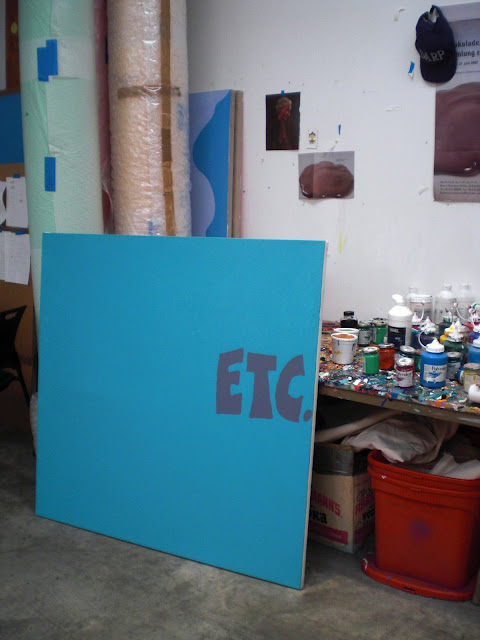 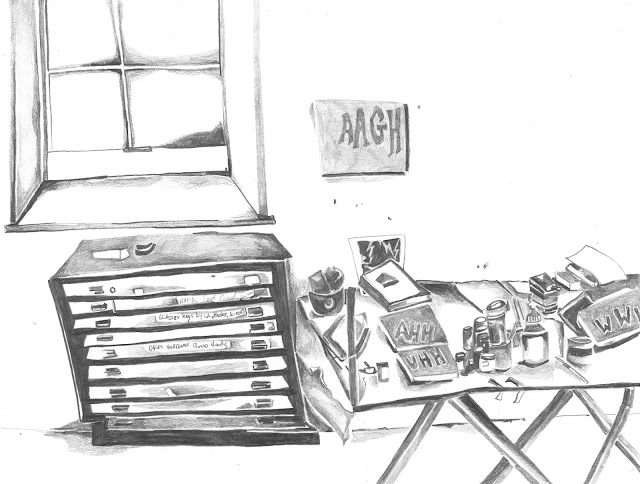 A crucial part of our daily existence, one that often goes unacknowledged, is its downright banality. Currently, Ostendarp makes life's banalities and the banal's onomatopoeias the subject of his work. Brghhhh, Aaargh, Pfppp. We've all released these heavy sighs at some point or another. Brilliantly pairing a vast array of exasperations with an utterly obsessive attention to detail when it comes to his choice of color, proportion and composition, it seems to me that Ostendarp is composing the perfect viewing experience while making a comment on possible frustrations with the human intellect and the limitations of language. It is a satisfyingly sarcastic gesture he is making as he hides the paintings' complexity in its simplicity. I can only imagine he lets out a couple of Iffffpfp's in the process.  While at Cornell I TA'd for Carl. I remember him writing out these indecipherable schemes or plans while the students were on their break, much like he was doing while I was in his studio. Pieces of paper would fill up with numbers crossed out by other numbers, columns of seemingly senseless digits, and measurements of rectangles that were just short of being squares. Some real Frankenstein-looking stuff. I could see the joy he took in this part of the process. I came to understand that his idea of the banal was directly related to his practice, his composition needing to be so perfect that his audience couldn't even detect his efforts. Even the penmanship of the text is faked to look like it was casually written out when in fact it is painted in multiple painstaking layers. 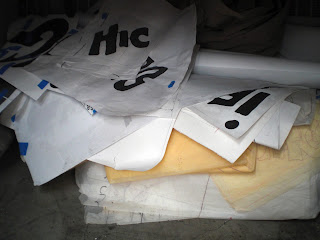 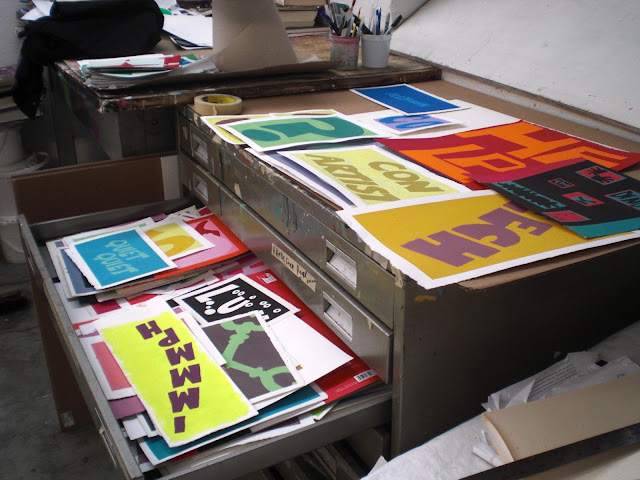 Piles of drawings are collected in his flat files. I was lucky to have the chance to go through them. A fake gallery show on black walls, a question mark, a farty sound. The fake gallery wall brought to mind the curatorial projects that also act as installation pieces Ostendarp has done internationally in the past several years. He combines artworks from a museum's collection with his own wall paintings of fake paint drip panoramas and then surrounds the viewer in a soundtrack that coincides one way or another with the works he has chosen to display. An all encompassing experience, his first was "All Tomorrow's Parties," at the Museum für Moderne Kunst in Frankfurt in 2007. 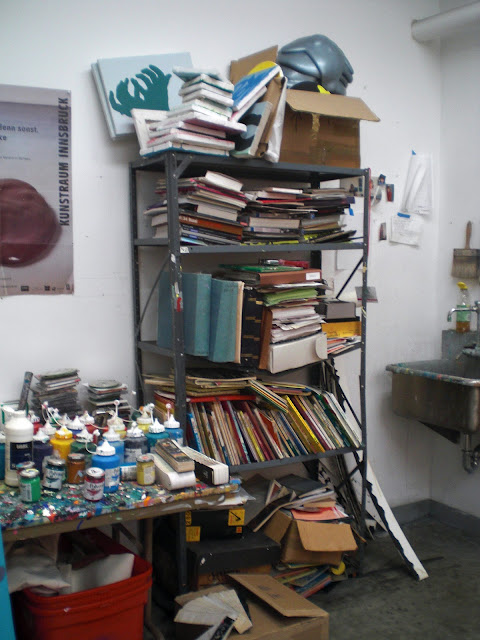 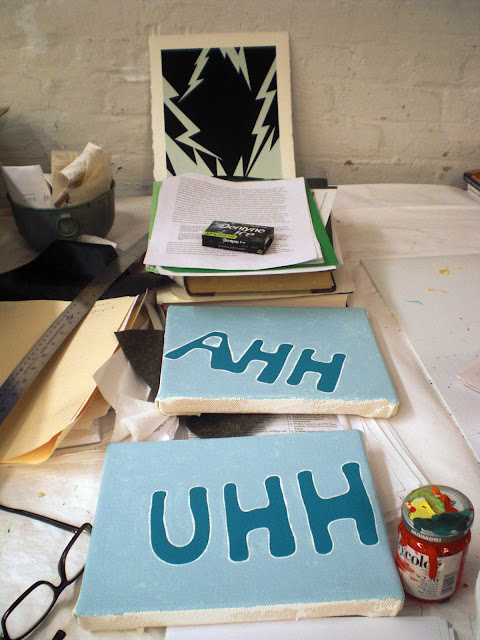 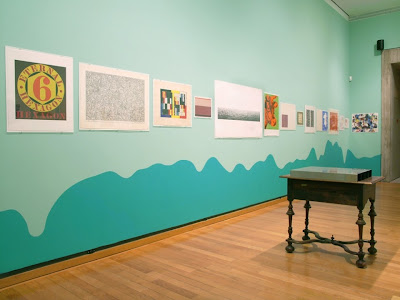 Our conversation, as I recalled from years before, still ranged from Charlie Chaplin's Modern Times all the way to the adequate paint brands to use. In the evening, we visited the Chapter House for pints and super salty popcorn, while my husband and Carl had the chance to discuss their dueling vinyl obsessions. All in all, my visit brought a full spectrum of color to an otherwise dreary winter season. To see more of Ostendarp's work go here Elizabeth Dee Gallery. 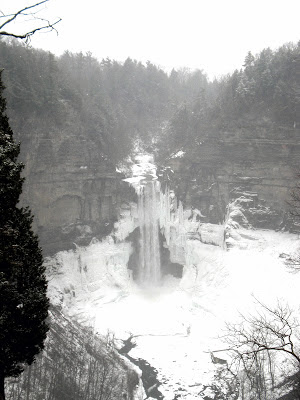