I visited Daniel Heidkamp's studio in Greenpoint last week. I was so glad to finally see his work in person, and I even got the chance to have my portrait painted by him. He made it clear that when you come to his studio, you take the time to sit in his favorite chair while he busts out a painting of you. 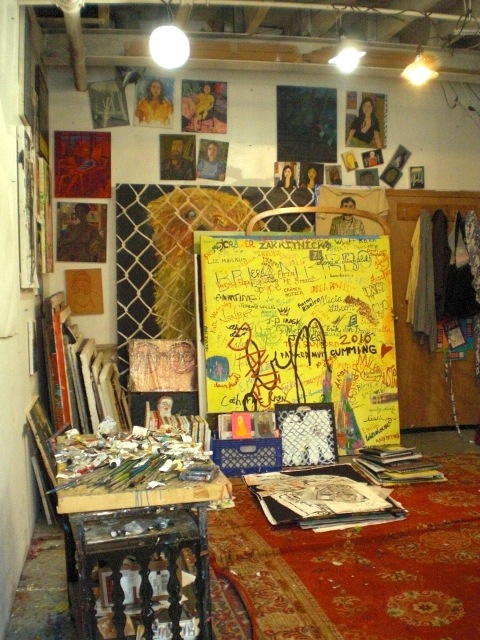 I was quite drawn to a large yellow canvas that he has visitors sign in oil on their way out; a record of all of his meetings. 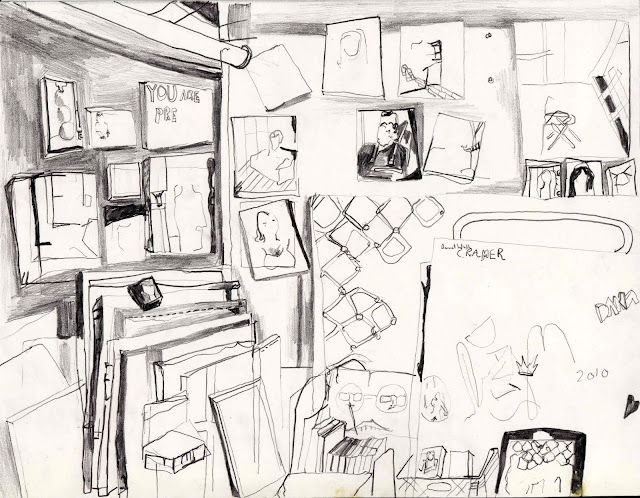 Among other things, Heidkamp is currently working on a group of portraits he makes by asking artists to sit for him while they are visiting his space. Some of them are then repainted in a more stylized fashion after the sitter has left. Sometimes, he takes this process even further by repainting a painting yet again as part of a "portrait" he does of his own studio. Super meta. We talked about what happens when you use a painting as a still life in terms of appropriating an image. The conversation took many turns and was quite stimulating. 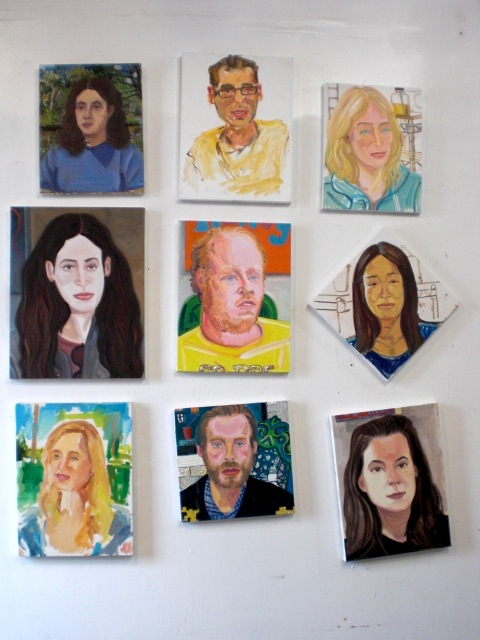 Dan was delightfully animated as he talked about his work.
Dan: These portraits are like a hushed cheering section or a mute chorus. Now you're in the grandstands too. 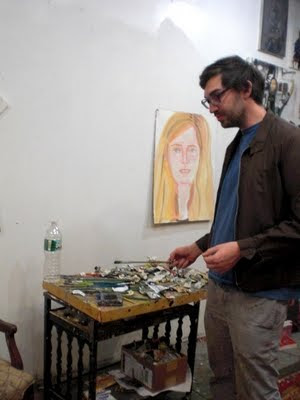 Dan: Tables are turned now, you are in my studio -- this is my favorite part!

He then asked, in turn, if I might like to draw him. He sat in his beloved chair with a portrait of the chair above him and I busted out my own portrait of an artist. 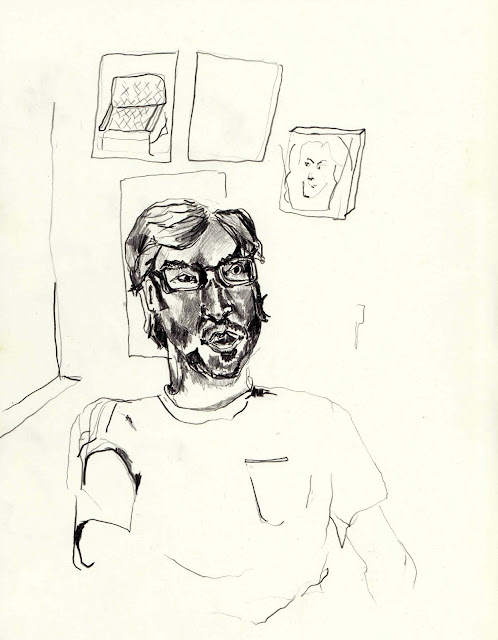 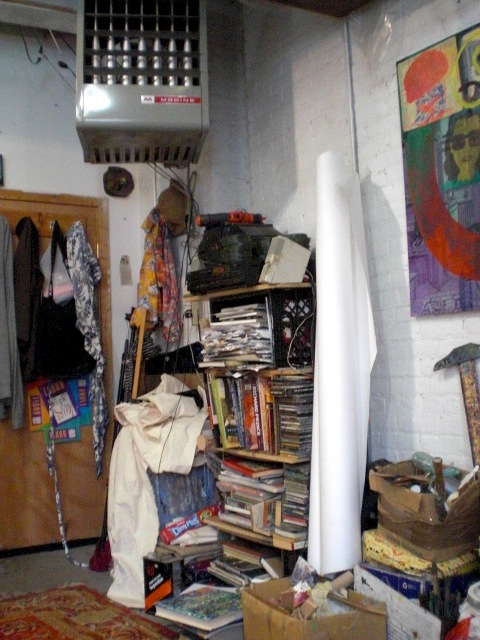 We had a funny chat about the mechanics of an art studio, where to put things and liking them to pile up. He told me a story about a shelf that collapsed, how he then just ended up using the boards from the shelf and some crates to stack into a pile. What a rad stack. 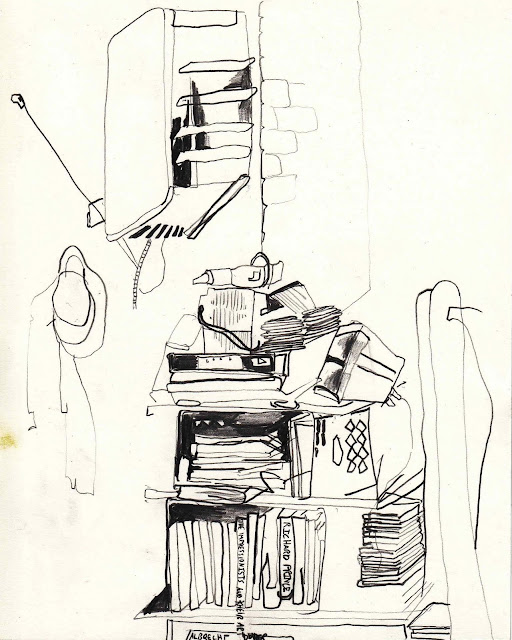 It was really nice getting to know Heidkamp and his dynamic paintings and personality.
Check out more at http://www.danielheidkamp.com/.
Posted by Maria Calandra at Monday, May 02, 2011