A couple years back, I visited Lauren Luloff's studio in Williamsburg to go to the opening of an  HKJB group show that she was hosting. Since then, her space has been on my "dream studios" list. A drool still dangles every time I think of it. I had the pleasure of spending a day there with Lauren recently. The immense room she works in fills up with a lambent light at midday, flooding in from a large wall of windows that frame the trains that closely and frequently pass them by. A collection of plants, from succulents to vines, gather along the windows' edge turning a seductive dark green when the sun sneaks in past their growth. I could see clearly how her space must influence her work. I found a cozy couch that sat diagonally in the corner to set up for my drawing while Lauren worked on many large paintings that were spread out across the floor. It was a cold day, but I was kept warm by our conversation and the fabrics that piled up around me. 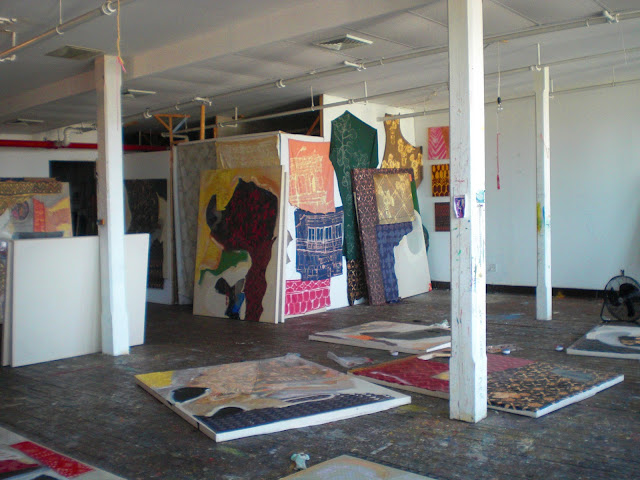 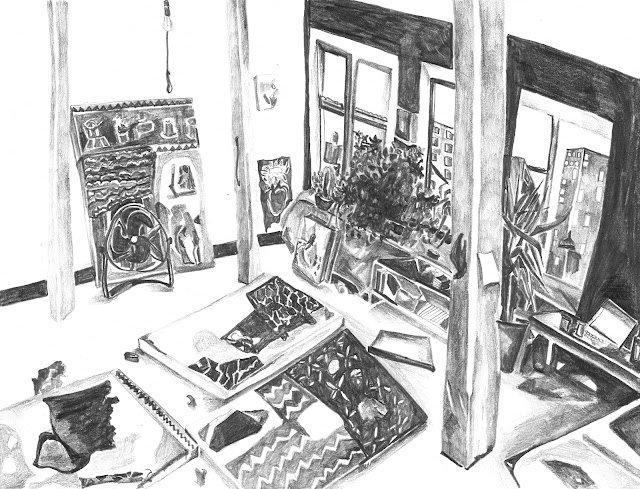 Wooden pillars that break up the room reminded me of the stretchers that are often visible in Lauren's paintings by either holding a partially translucent canvas or by being seen when her work is shown in the round. Lauren enhances found bed sheets with delicate bleach-drawn still lifes and landscapes. She also makes block printed patterns on them, a technique she learned while visiting India. The bed sheets give the work a soft and long lived texture. She then collages the sheets together on canvas to create an initial surface. She further develops the complexity of her compositions by adding oil painted motifs that mimic her original marks, saturating portions of the fabric with pools of solid color, and interrupting the surface of the canvas by cutting out sections to create mysteriously dark breaks in its form. Her work begins to create the illusion of a proudly undulating pennant for the state of color and line. Oftentimes, she will even hang her embellished fabrics on a string similar to a clothesline giving them a life of their own in their movement. Lauren spoke to me highly of the ocean, and with this as one of her influences, her work becomes one where construct meets the ethereal qualities of nature. 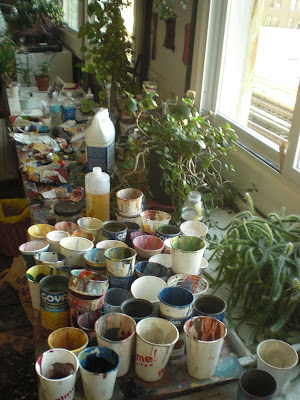 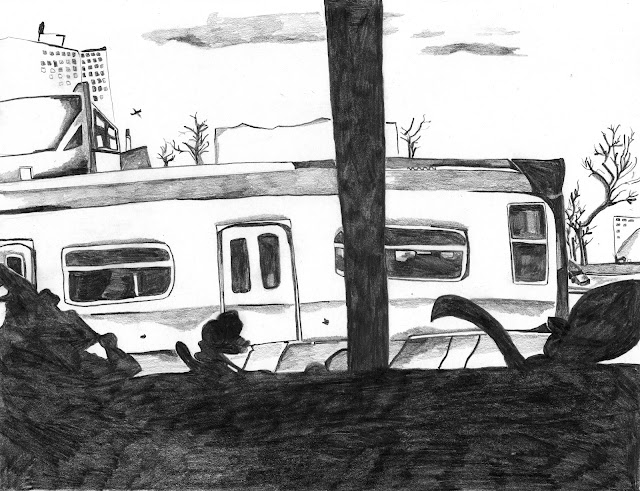 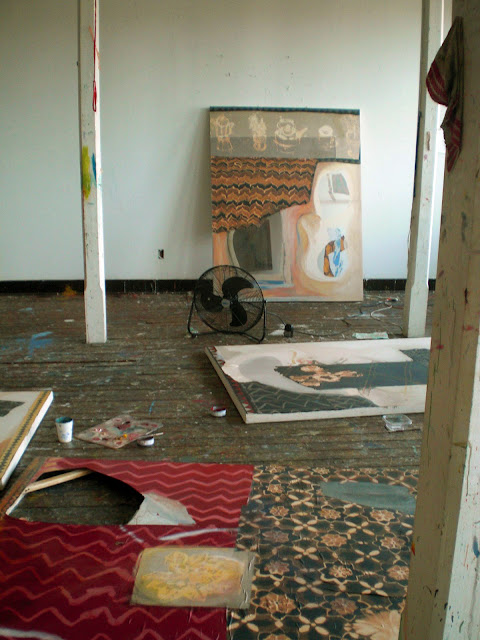 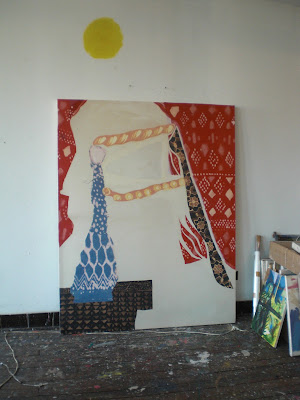 Up until recently, Lauren's studio was a live in. There was a seamless quality to both uses of the space — she certainly seemed to be living her art. Her use of found bed sheets as a surface and bleach as a painting element blur the line of domesticity and art as the products morph into the artist's material. Even the kitchen has taken on the characteristics of her work, with its chipped, brightly painted walls and strong aging lines of architecture. 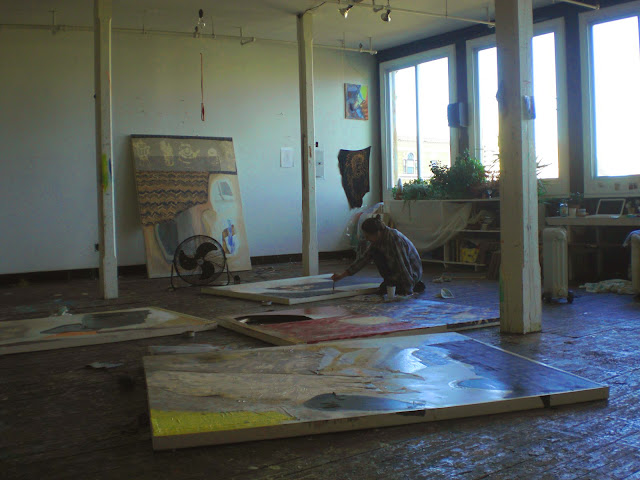 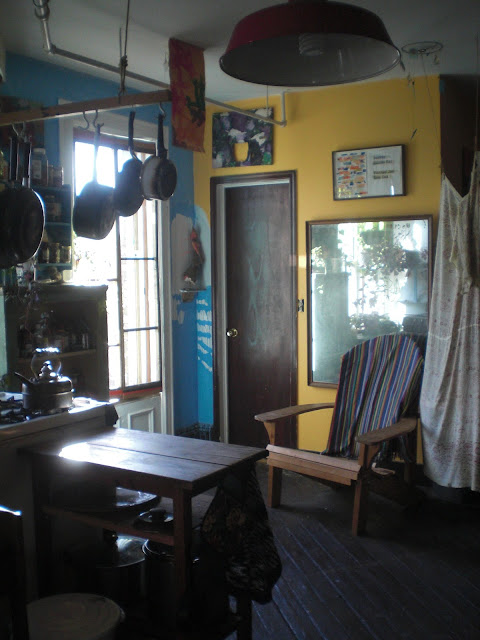 We made our way back through a narrow hallway to where the living is done in her live-in studio for a bite of lunch. Lauren whipped up a lovely veggie-tofu stir fry that we ate with her boyfriend, Alexander Nolan, who was taking a break from working on a painting he was doing of the kitchen. While we ate, Lauren told me about her stay in an Indian village called Ajrakpur (near Bhuj in the northwestern state Gujarat) where she learned traditional block printing with natural vegetable dyes from Irfan Khatri. The whole village is an Islamic caste —  all family —  who block print in this tradition. Enriched by the stories of her experience, we returned to work. To check out more of Lauren's paintings go to  http://laurenluloff.blogspot.com/ 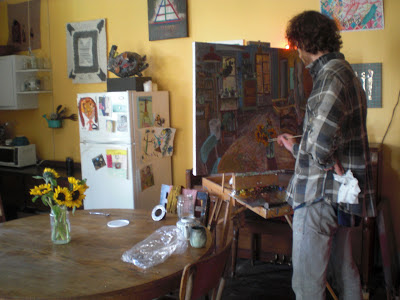