I started itching for an attempt to break down Jason Stopa's paintings in graphite — the way he breaks down his ideas in paint — when I saw his show at Novella Gallery earlier this year. Having come across not only his paintings, but also his writing for some time now, I also hoped our visit would include a conversation about writing on art as well as making it. Nearing the end of 2014, I got my chance for both. Stopa's studio is in Gowanus on a quiet industrial street, and his apartment is in nearby Park Slope. With a plate full of not only painting but also teaching and writing, a studio close to home seems essential. We started the evening with an introduction to some newer paintings he had just laid down the first marks for. Stopa began working out his next moves on paper as I recorded his initial ones. 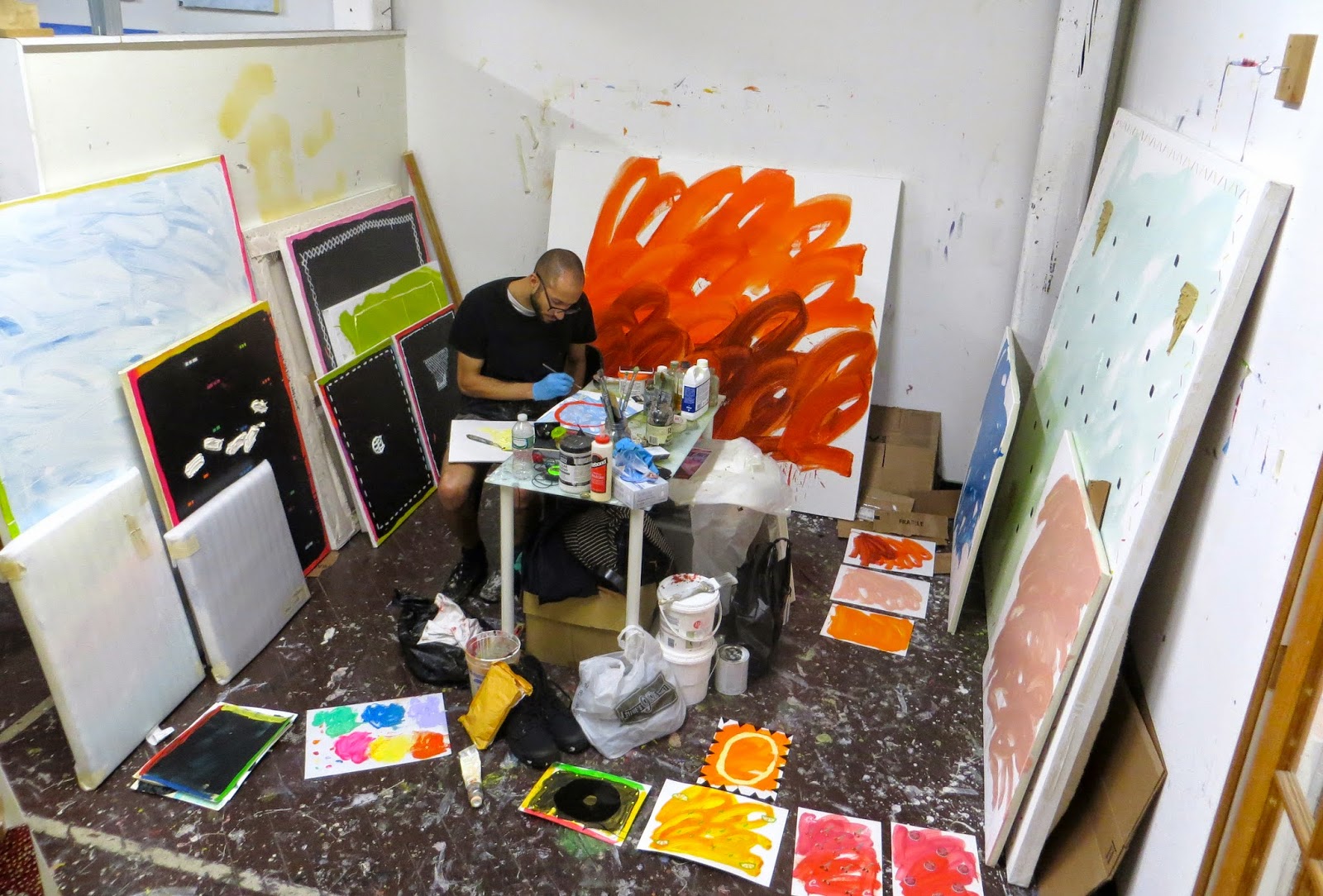 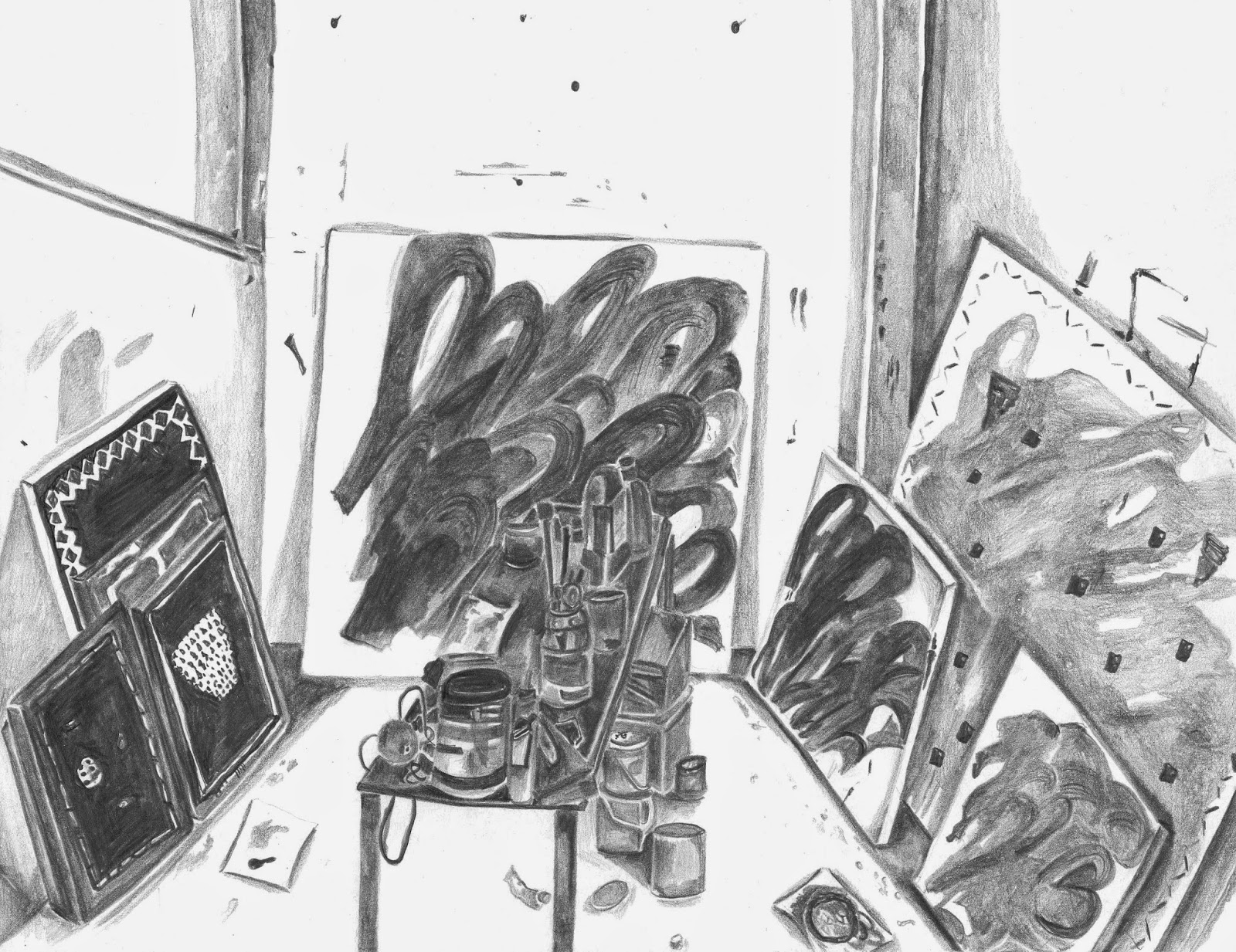 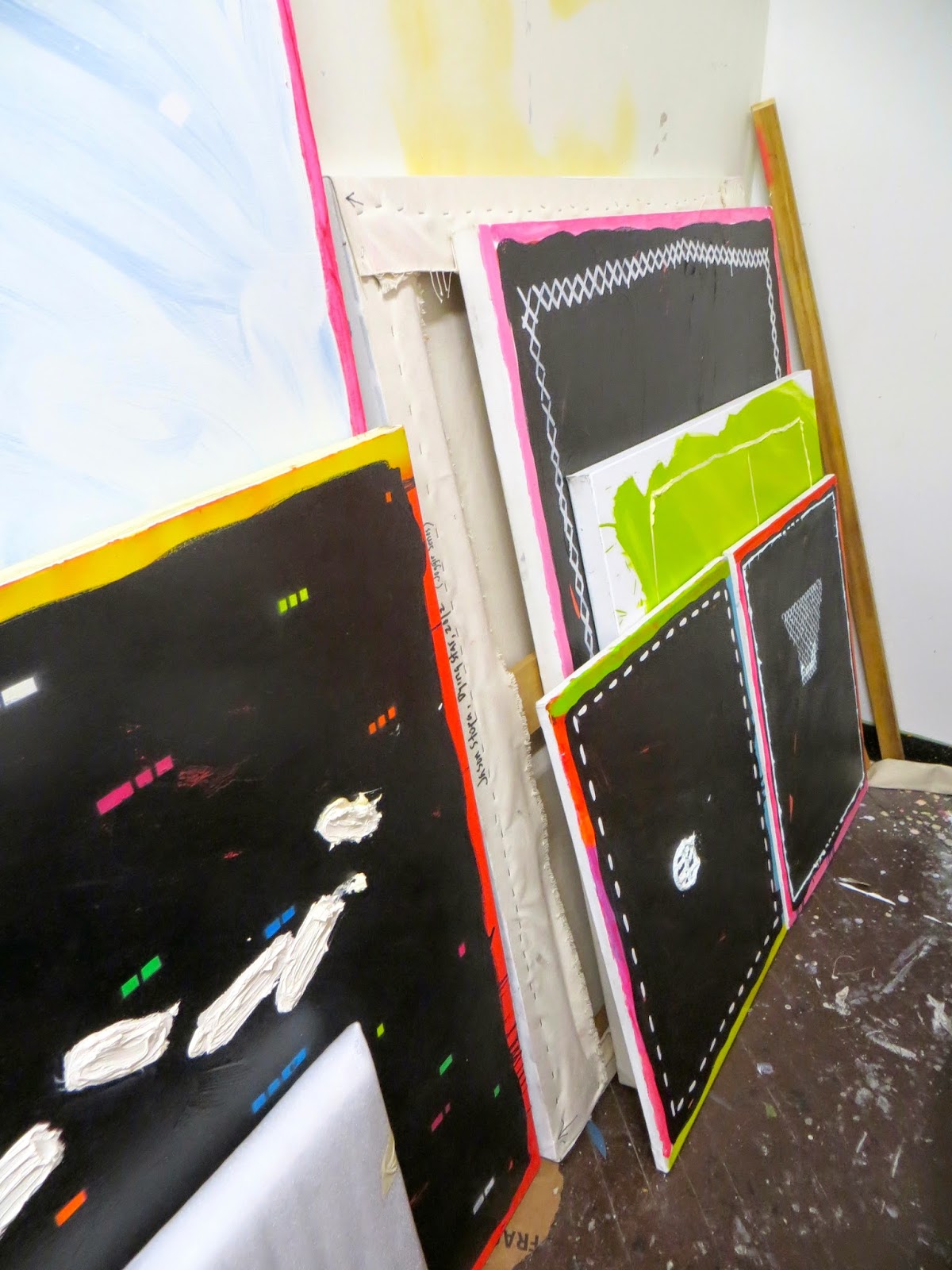 Blasts of color, animated brush strokes, and confectionery connotations are the first things that strike you when seeing Stopa's work. But after spending more time with them, Stopa's paintings' unique relationship to language reveals itself, recalling Haiku poetry in particular. They have a similar directness of description, even in their abstraction, that almost hovers above their subject matter. With as few as three parts coming together in many of his newer works, he is able to simply but potently construct a perspective for the viewer, similar to the way a poem would for a reader. And his use of certain symbolic characters as a verbal punctuation mark is a perfect way to signal the moment that the juxtaposed elements coalesce. My sweet tooth was satisfied when I  reached the punch-line of one of his larger works — mint chocolate chip ice-cream. 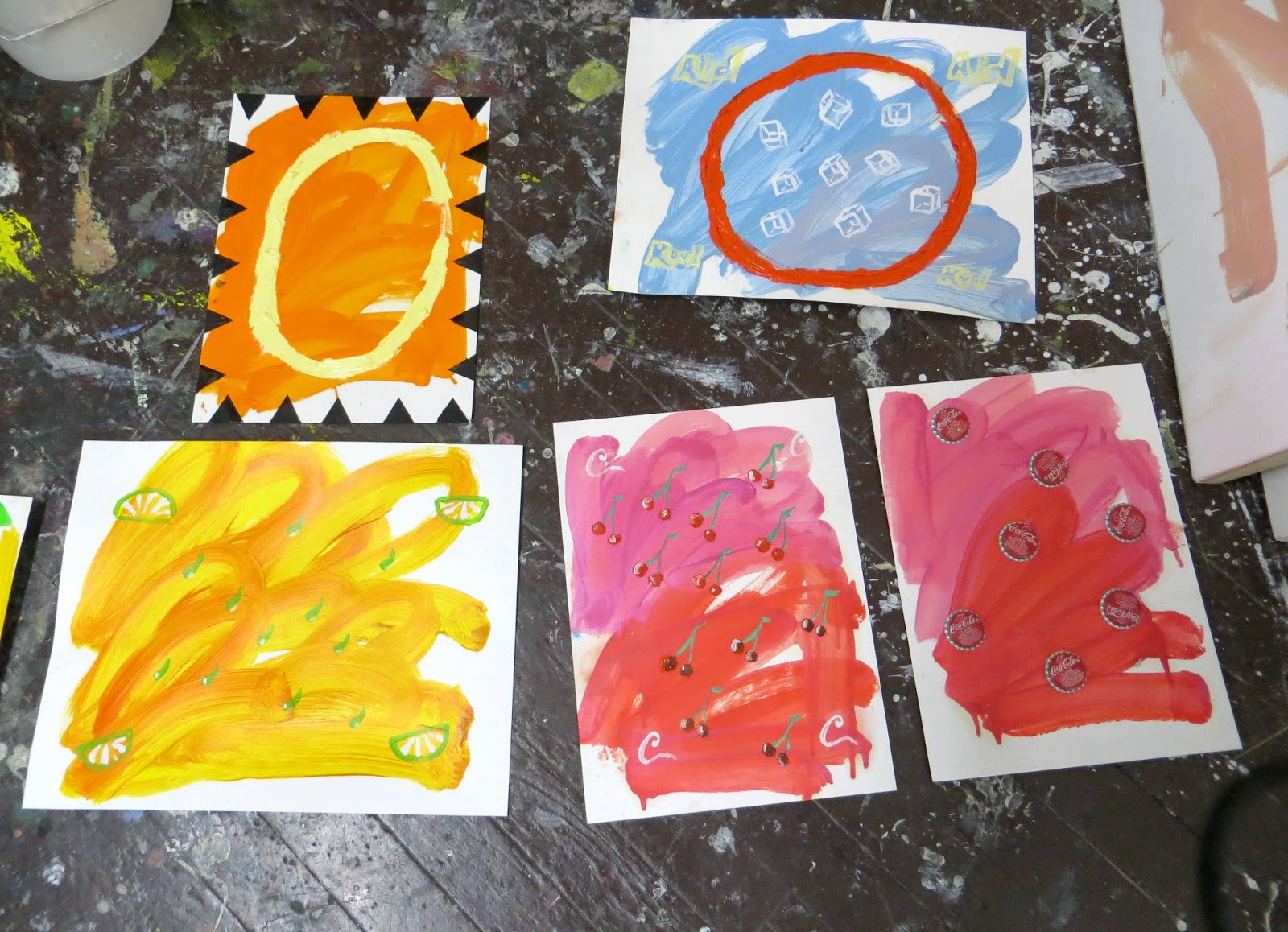 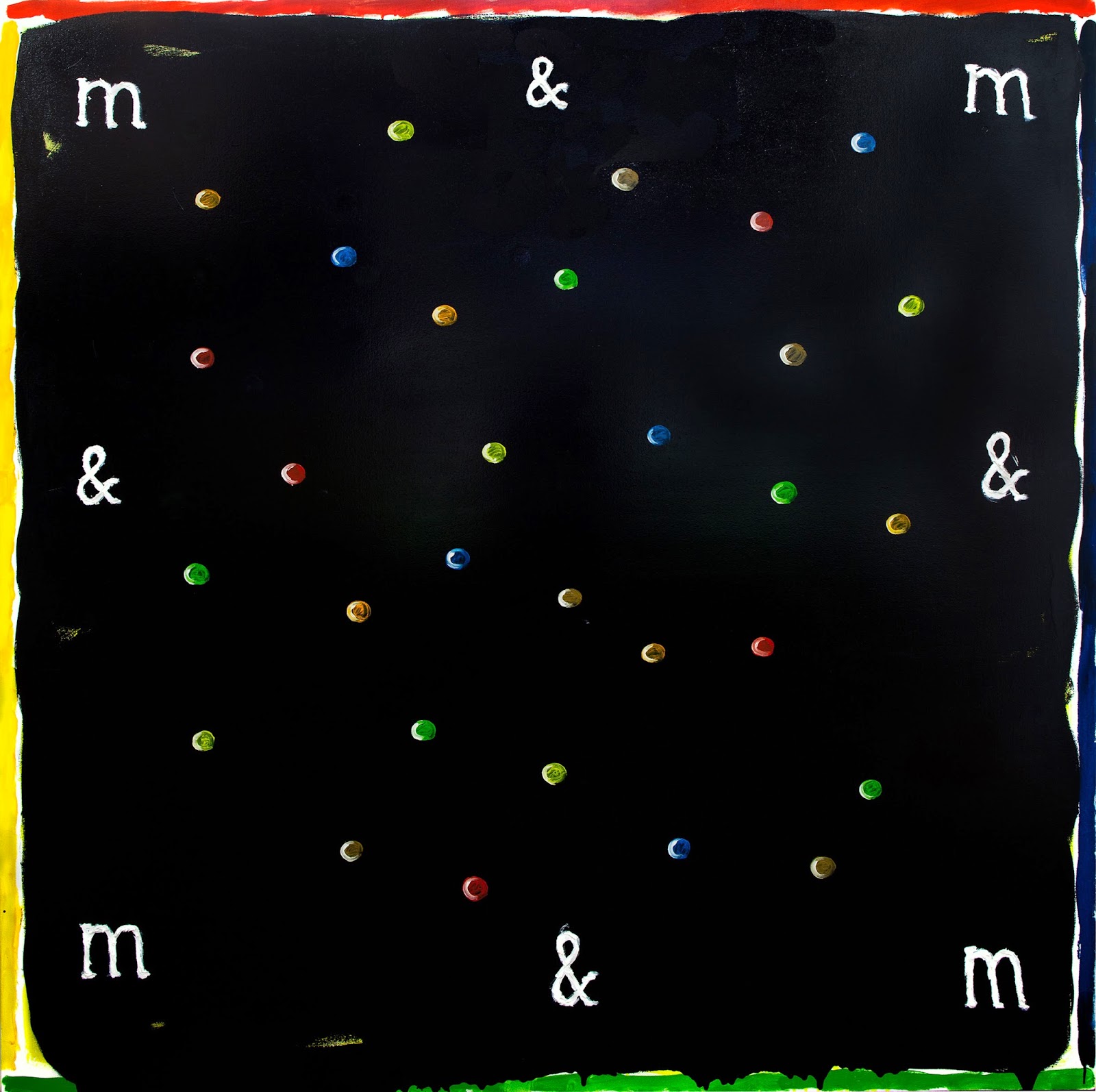 It isn't easy to explain just how this project operates, how I come away with something I hadn't expected to with each visit. If only I could poetically spell it out for you as directly as Stopa can a bag of M & M's. Talking to Jason about his approach to writing and his thoughts on contemporary art gave me a lot to think on. You can find some of his writing in Art in America, The Brooklyn Rail and Whitewall Magazine, where he is writing a monthly column "Shows to Know". He will be in a group show in January at Wignall Museum of Contemporary Art at Chaffey College in Rancho Cucamonga, CA. To see more of his work go here http://jasonstopa.wordpress.com/.