After a lot of years of looking, I think that I have finally started to figure out the secret language of painting. Crazy conversations begin to present themselves once you become privy to the particulars of the phrasing. Color, form and line communicating even in their most abstracted manifestations. From the stripes of Stella's colored canvases, or Flavin's beams of light, to the saturated blocks of color found in the frescoes of the Medici Chapel, I am understanding more of what is being told to me. Justin Adian's work speaks this language quite eloquently. Having taken a brief hiatus from drawing studios, I was anxious to come back to it by making a drawing of his space. The talk that comes from his soft, but spurring color combinations and slowly stretched out gestures made for a dialog I was eager to have. 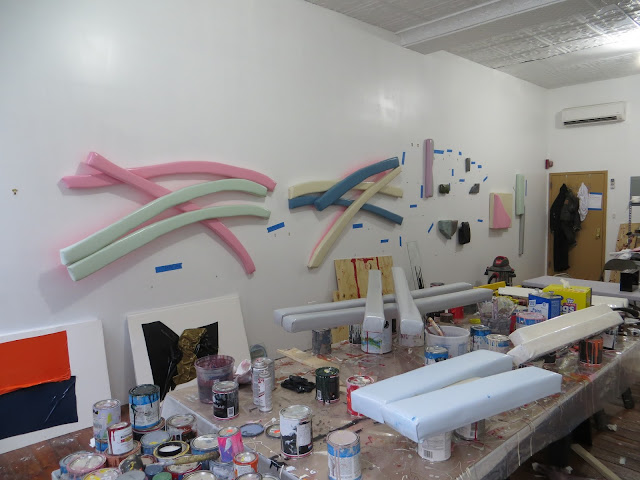 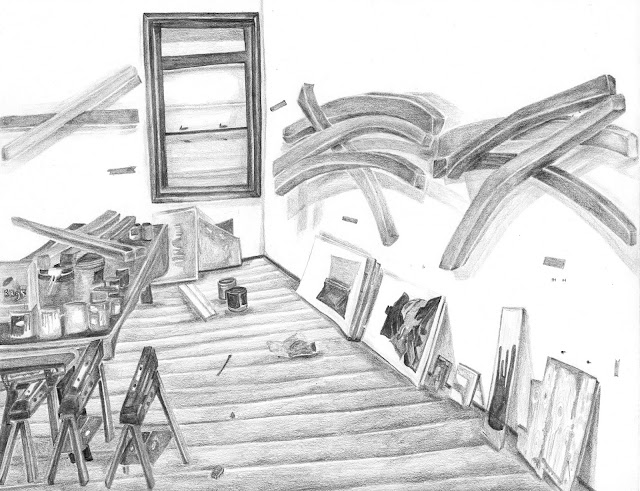 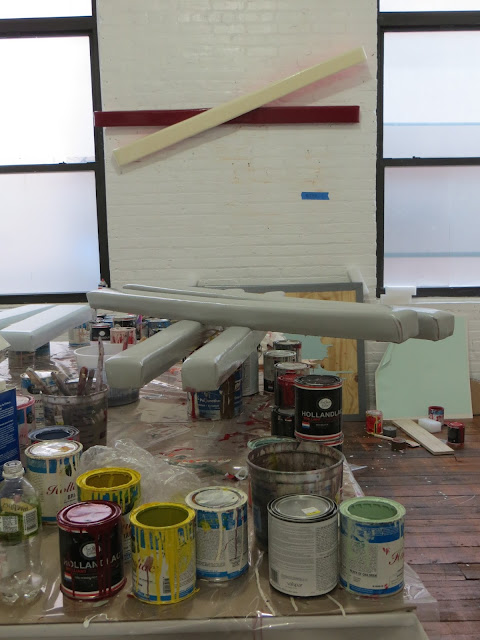 Adian's studio, located on Broadway in Williamsburg, sits back just far enough from the street to avoid the rumble of the J train and leave room for the mix of country and rock music coming from his stereo. Even though the work for his show Fort Worth had already left for Skarstedt, his walls and tables were still covered with paintings. So much was going on in there that the floor boards seemed to undulate and mimic the movements of his shaped canvases. One of the compelling components of Adian's work is that they are often made up of more then one part. Sometimes these units barely touch and at others they nudge each other out of the way before leaning in to give their full support. They are personified in their movement, the whole wall becoming part of composition, activated by the implied shifts in the paintings. Even the detail of a fold can make the most subtle linear statement, while the paint on the back of a curve lights up the wall with a glow of hot pink that changes in intensity depending on the time of day. It was uncanny how much more there was to see the more I looked. 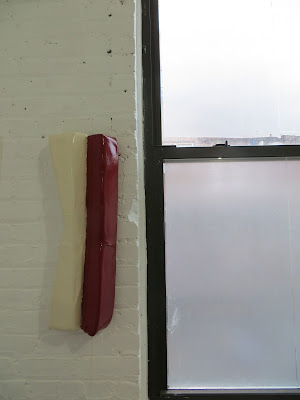 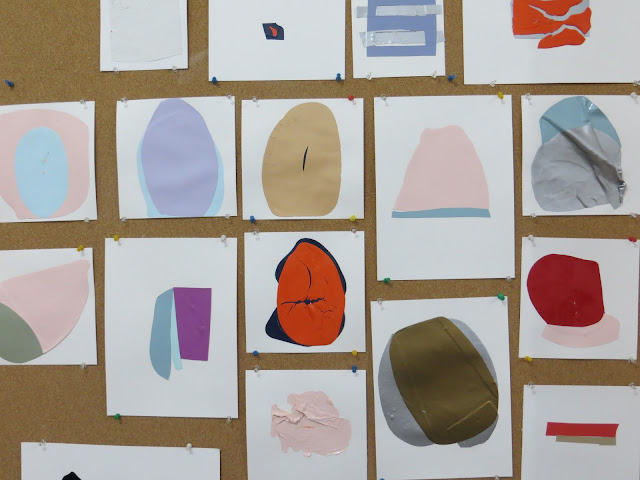 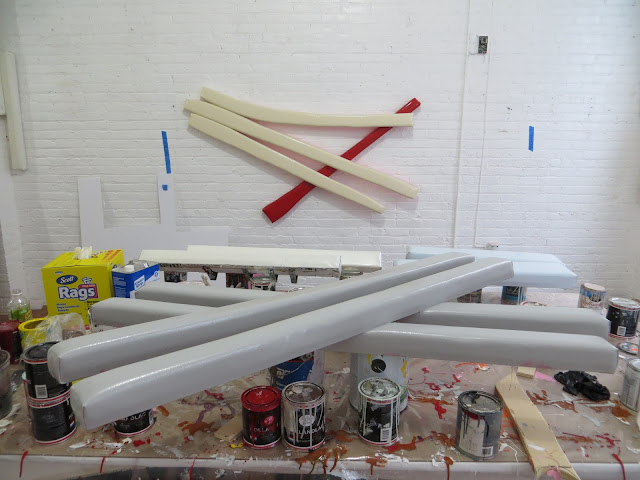 While I drew, Adian worked next door on a set of shelves for his studio. When we both finished up we had just enough time for a cold can of beer and conversation about our summer hikes and the Brooklyn BBQ joints that pass the Texan's test. It was the perfect way to end the day. His opening at Skarstedt is this Thursday September 10th. It is sure to be an awesome show. To see more of Justin's work go here http://www.skarstedt.com/artists/justin-adian/
Posted by Maria Calandra at Tuesday, September 08, 2015