Stuart Lorimer and I blissfully breezed through a Saturday afternoon listening to albums of rock heroes past while sharing cans of local beer and drawing. His mug in one hand and his vibrant oil pastel in another, Stuart emphatically dragged the sticks across pieces of paper like someone just freed of a deadline. And that is exactly what he was; his solo show "Drama" is up through March 18th in the project space of Lyles and King. I caught his dynamic group of paintings a few days before we met up. I would encourage you to do the same. 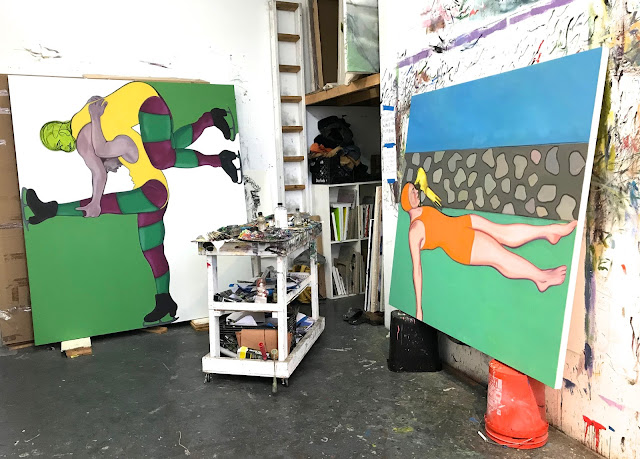 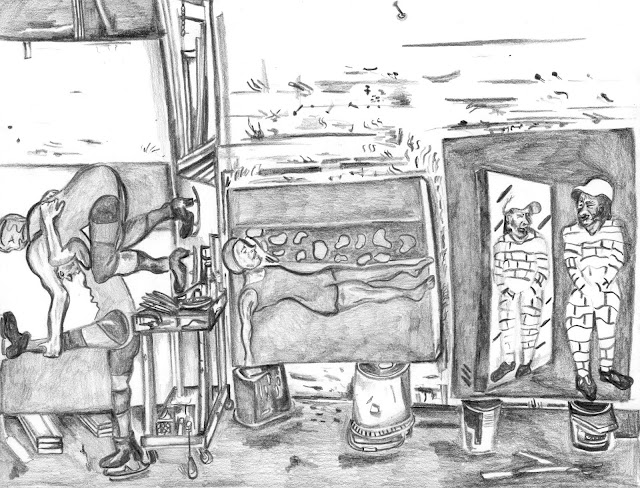 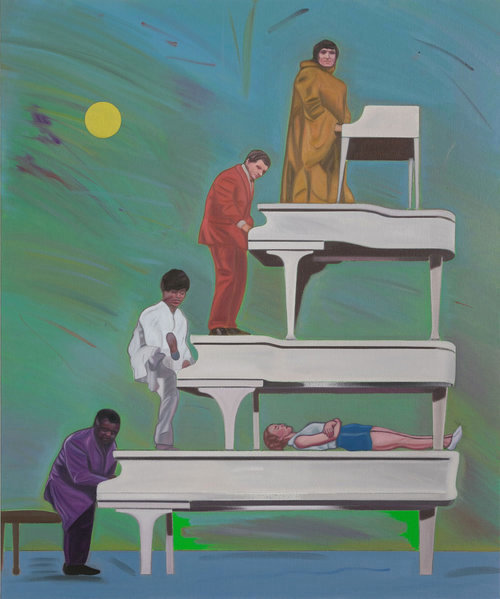 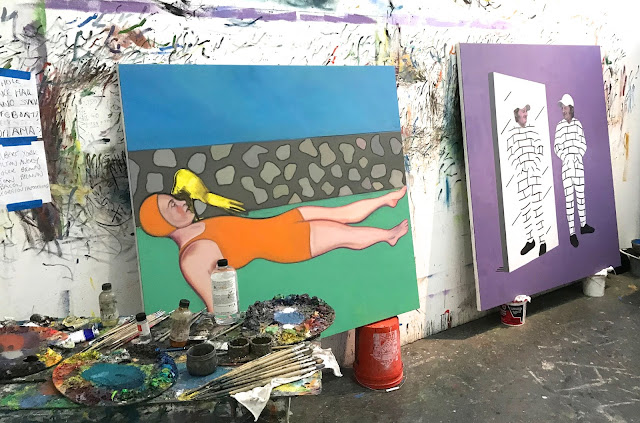 The figures in Lorimer's show shook the canvases with dance and fornication. Unexpectedly, they brought to mind El Greco — not for content, but for curvaceousness. There are multiple ways to capture movement, and Stuart does so by letting the contour shapes of his figures' thighs and forearms manipulate the negative space around them — pushing the flatness of paint until it pulsates. El Greco's figures often squiggle up to the heavens; Lorimer's undulate as they tickle the ivories, balancing on their multi-leveled platform of keyboards. One figure lays below the instruments like a worshipper looking up at the gods. Stuart's colors match the idiosyncrasies of the paintings' delightfully peculiar narratives. Blues and oranges become very close in value, making them a challenge to draw in grey scale. Reds pop while accenting doorways and folds in clothing, not unlike Masaccio's paintings. Stuart talked about looking for figures that teeter precariously in their positions — legs out or arms intertwined. I find the combination of his color and uncanny fiction to also teeter, quite captivatingly. 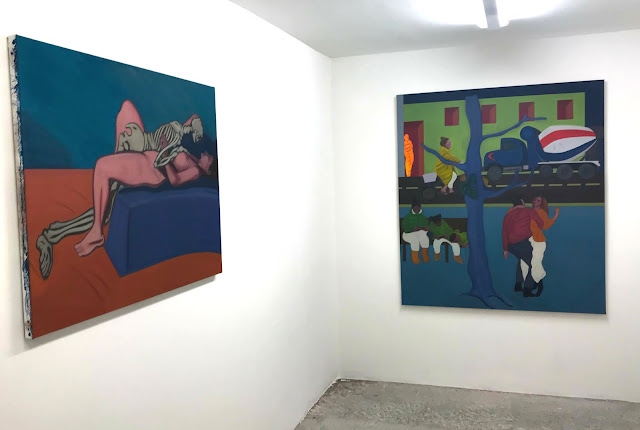 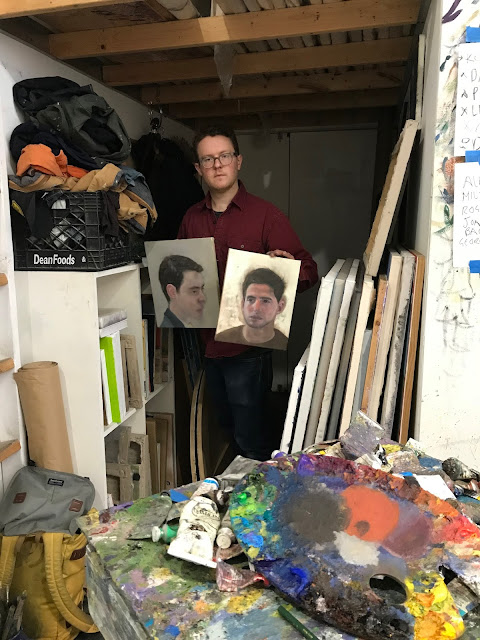 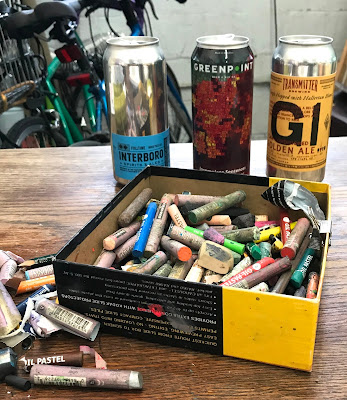 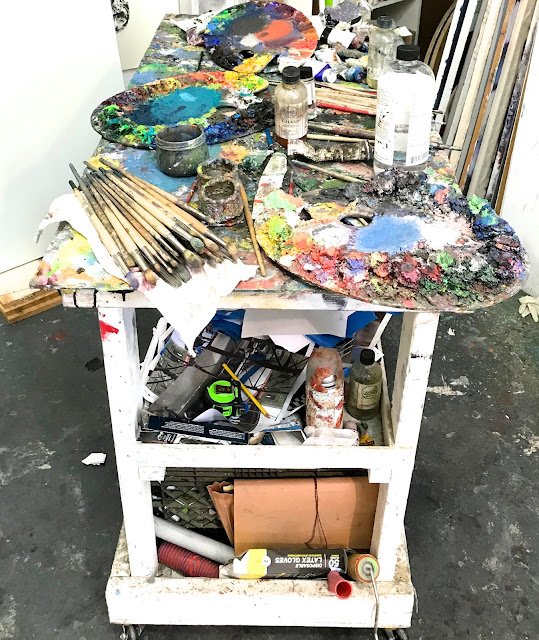 While you are out and about at fairs this weekend,  make your way to the Lower East Side for Lorimer's show "Drama" at Lyles and King. Also, look out for a post soon on his studio mate and wife, the lovely Emily Davidson. To see more of his work go here https://stuart-lorimer.squarespace.com/